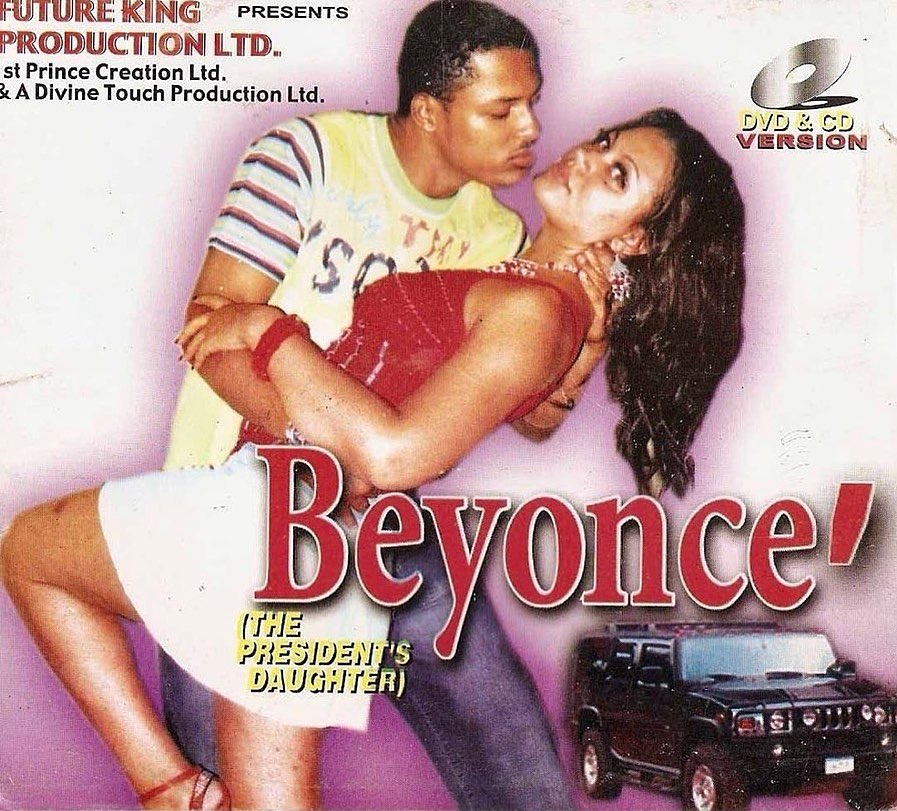 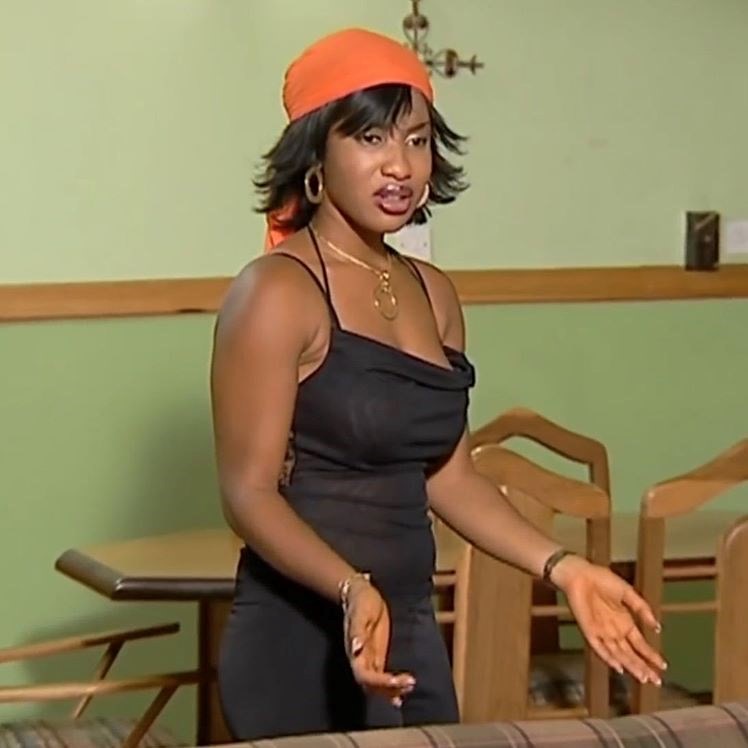 All images for this article were supplied to us by @nolly.babes and originally featured on their Instagram page

Writer Vincent Desmond talks to film journalists, actors, and Instagram account creators to find out more about why Nigeria’s early movie industry has captured the imagination of younger millennials and Gen Z.

In the late 90s and early 2000s, cinema visits in Nigeria slowly decreased as direct-to-tv releases became popular across the country. Cheap to make and featuring didactic undertones, these films were often criticized for their shoddy acting, predictable endings, and recycled storylines following formerly modest girls coming to sticky ends—anything from death to their sugar-daddies freezing their assets—as a result of being exposed to hedonistic lifestyles.

Despite all these factors, at the time these films were considered entertaining and, on many levels, relatable. “Old Nollywood was authentic to the Nigerian experience,” says Dika Ofoma, a writer who covers the topic for publications including Dazed and Popsugar. “I know relatability is relative, but the old Nollywood films were very reflective of life for a large percentage of Nigerians. That’s why they were loved and watched.”

Now, in 2022, these films are lauded as being part of “the golden age” of the Nigerian film industry, laying the foundations for Nollywood as we know it today. They are also remembered fondly for their unique fashion statements, unintentionally funny scenes, and for creating some of the most iconic words and phrases—such as “you stink with poverty”  from the 2006 movie Girls Cot—that are now etched into Nigeria’s pop culture history. Now, they are currently being referenced and recreated across the internet. 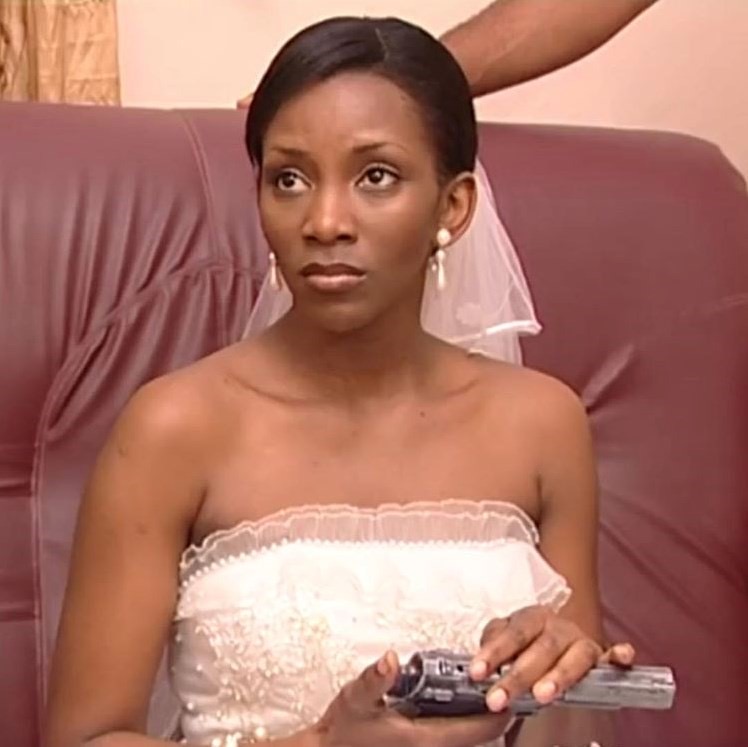 “Old Nollywood was authentic to the Nigerian experience.”

One old Nollywood scene that is particularly popular on social media is from Blood Sisters, the 2003 drama starring Omotola Jalade Ekeinde and Genevieve Nnaji, two of Nigeria’s biggest stars of all time. It sees Ekeinde’s character read a breakup letter from a lover ending with the line “go and keep being the bad girl that you are.” This line has been reused and remixed, both in and out of context, and is frequently used for both IG captions and Tik Tok audios. The now-famous clip of Nigerian actress Funke Akindele running away from a man chasing after her screaming “why are you running?” is another follower favorite.

@nolly.babes and @yung.nollywood are two Instagram accounts that are dedicated to sharing stills and videos from old Nollywood. As many clips from the 00s and 90s have been lost due to a lack of archiving, @nolly.babes and @yungnollywood the only way for many millennials and Gen Zs to engage with Nollywood films of yesteryear. 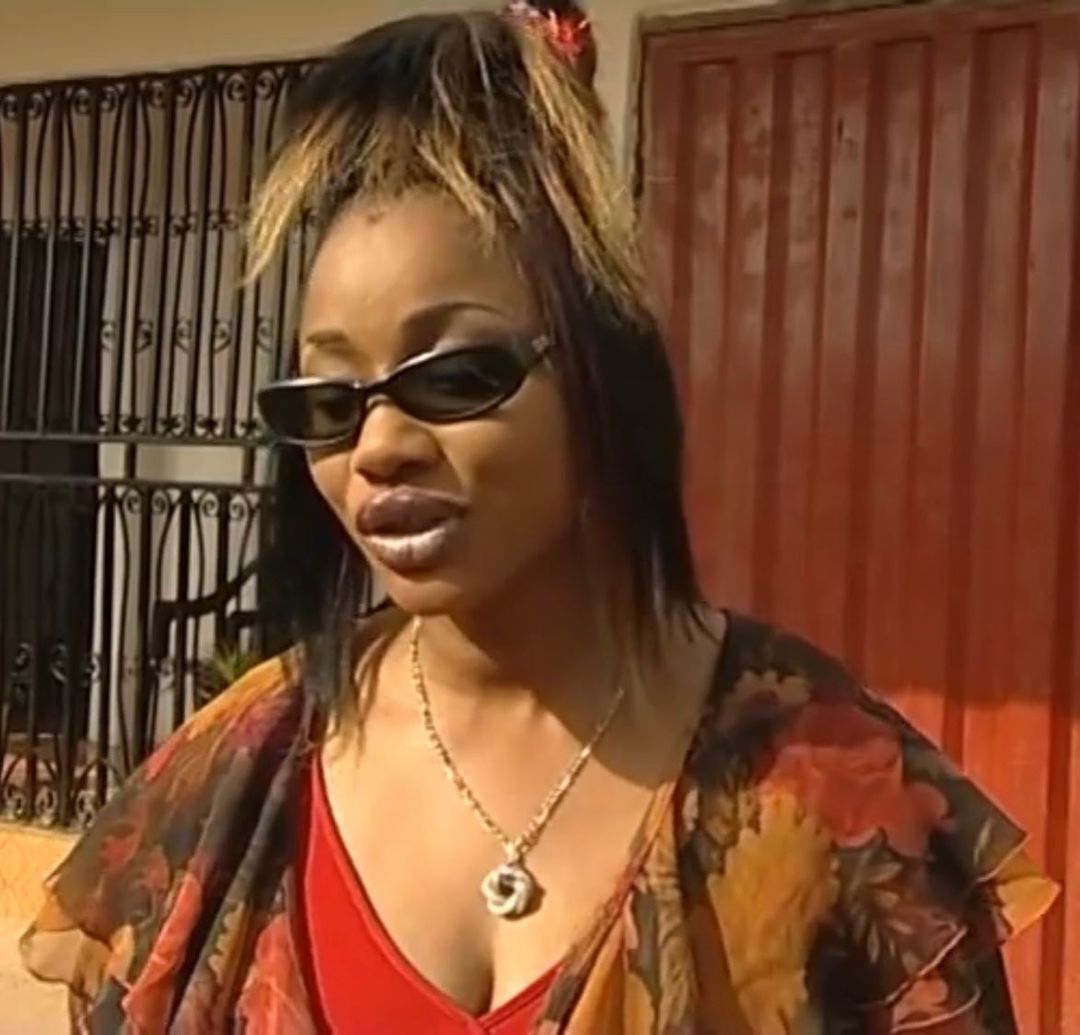 “We wanted to share our love for… women in old Nollywood, their beauty and their energy. We wanted people to bask in it with us.”

“We were raised on these movies as kids,” says Tochi Anueyiagu, who co-founded @nolly.babes along with her sister Ebele. During their childhood in the U.S., watching Nollywood films was one of the main ways the sisters connected with their Nigerian heritage. “When we visited Nigeria we would stockpile CDs. Then, one day, we decided we wanted to share our love for Nollywood, and for the women of old Nollywood in particular. We wanted people to bask in their beauty and energy with us,” she adds, describing how female characters in the films were often shamed or vilified for being sexually liberated or displaying autonomy in the hyper-religious context of 2000s Nigeria.

Tochi and Ebele posted their first photo on the @nolly.babes Instagram in December 2017: a still taken from the 2004 film Sharon Stone In Abuja. Since then, the sisters have accrued 70K followers on Instagram and 109K on TikTok, becoming one of the most influential players in the resurgence of old Nollywood.

This resurgence has had its impact felt across the board in various facets of Nigerian pop culture. Many old Nollywood themed parties, for example, have emerged across the country and the diaspora, including a 2019 party by the @nolly.babes co-founders which was considered the first of its kind. 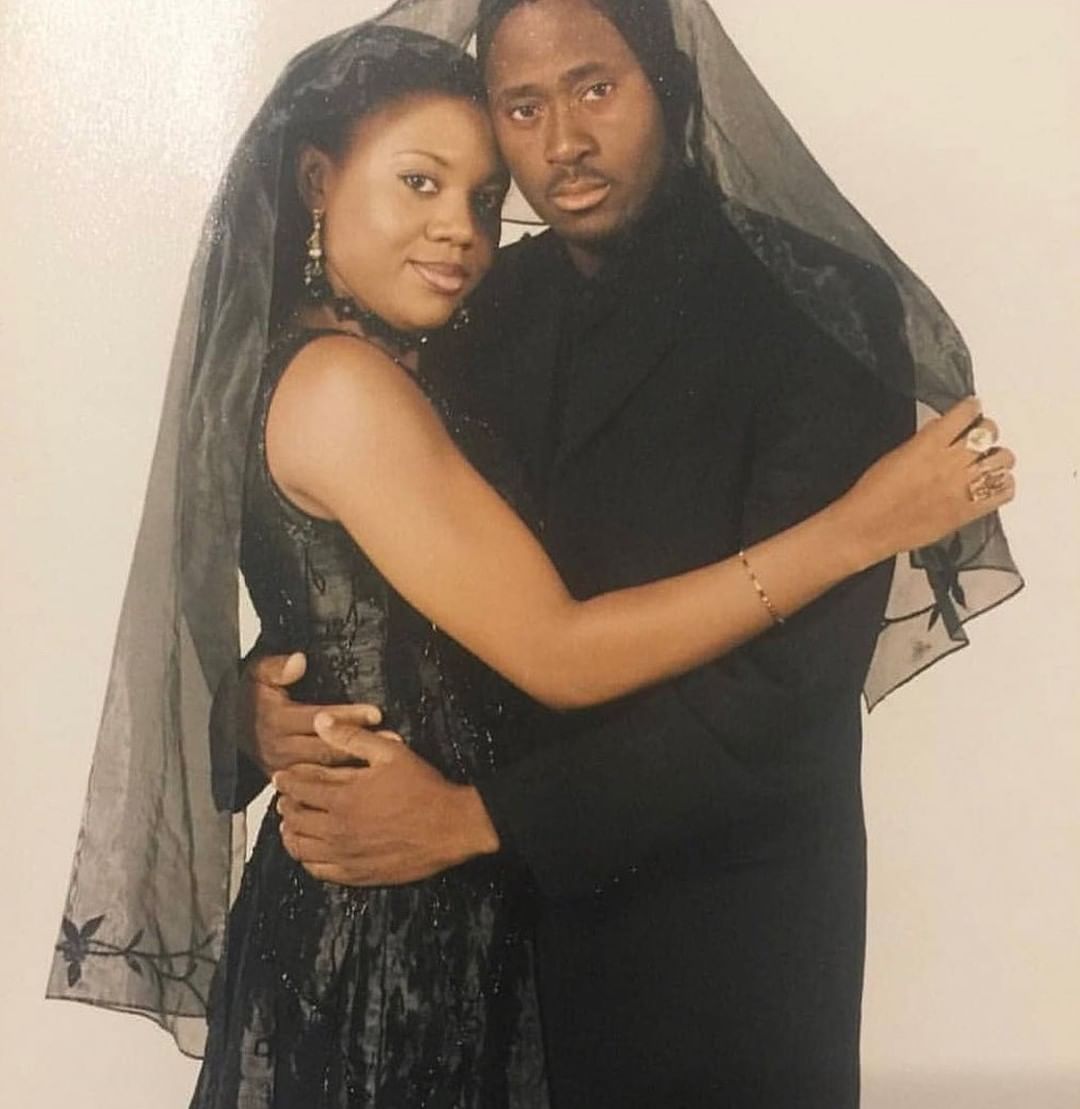 The renewed interest in old Nollywood can also be felt in the current Nigerian movie industry. The didactic tone that is still evident in most Nollywood projects, the exaggerated drama, cutting-one liners, and dramatic fashion statements are all elements that are rooted in old Nollywood.‘‘Early in Nollywood’s history there was a very unfiltered way of filming that has become a hallmark of the industry,’’ says actor Denola Grey, the star of several TV shows and movies including Castle & Castle and Day of Destiny. ‘‘We did the best we could with what we had at the time. There were many stories and scenarios depicted that were relatable but also provocative. The cultural success of old Nollywood has led to more curiosity and interest to see how far we can take it. Essentially, those films and actors shaped the industry today.’’

In the last few years, several movie production companies have gained the rights to Nollywood classics and have released remakes and sequels to varying degrees of commercial and critical success, including Living In Bondage (2019), the critically lauded sequel to the original 1992 thriller of the same name, and Nneka The Pretty Serpent (2020), also a sequel to a 1994 film of the same name. 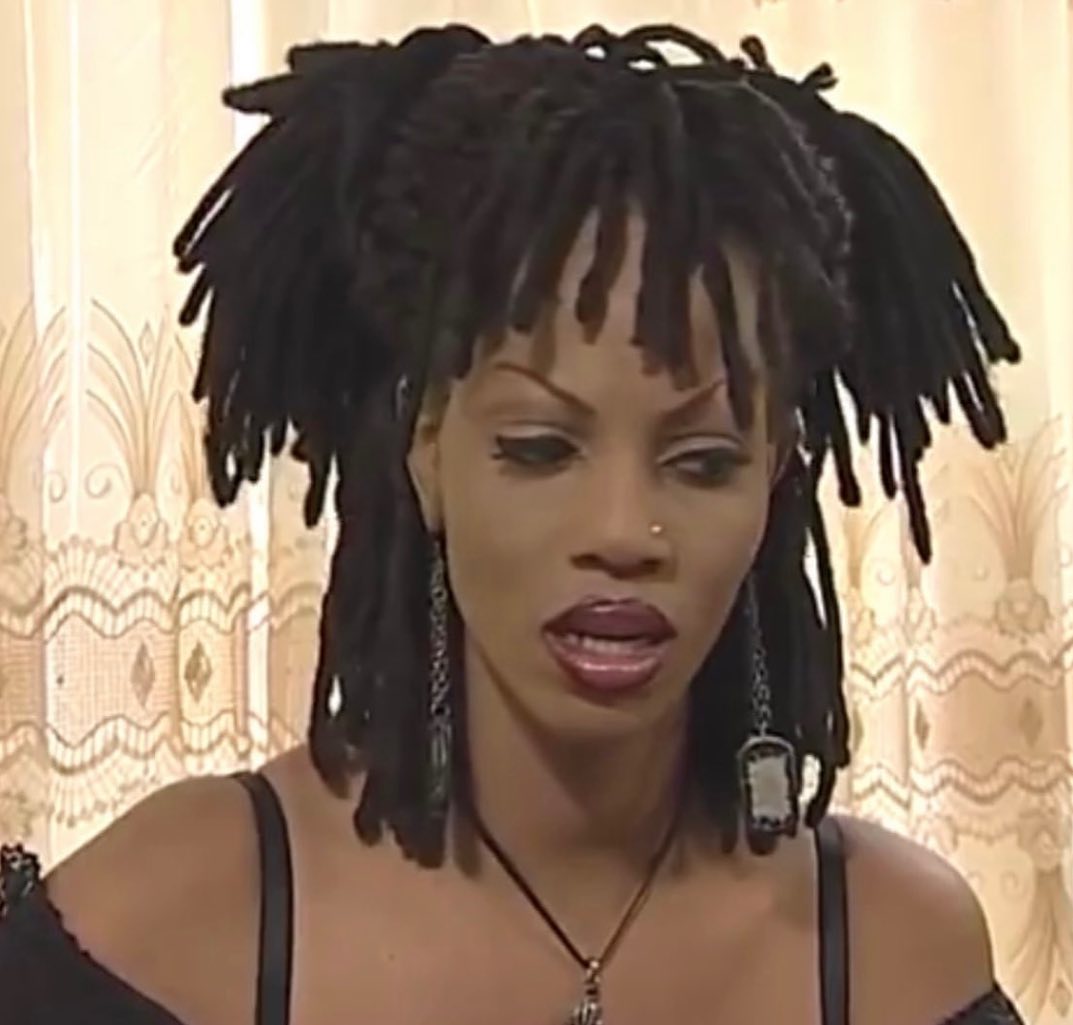 “Hollywood films are remade. It was just a matter of time for Nollywood to replicate that.”

For many industry critics, it seems this new era of retrospective reboots is a natural progression for the Nigerian movie industry. “It was bound to happen,” says Ofoma. “As evident from the name, Nollywood models itself after Hollywood. Hollywood films are remade. It was just a matter of time before Nollywood began to replicate that. The critical and commercial success of Living in Bondage’s reboot proved that the Nigerian audience is hungry for such stories. They just want them to be made well with higher production value.”

For others, the rise of reboots is powered by the same thing that has powered the overall surge of old Nollywood—nostalgia. As Nigeria experiences some of its worst financial crises, daily reports of terrorism, and rising rates of police brutality, it is unsurprising that people are falling back on tried and tested favorites to escape the challenges of reality. “I think that we have seen all over the world that nostalgia is a potent currency when reaching for escapism,” says film journalist and writer Wilfred Okichie. “Viewers love familiarity when consuming content, so remakes will always be popular. These stories point to what people embraced about Nollywood in the first place. For some, they also recall enduring memories and better times.” 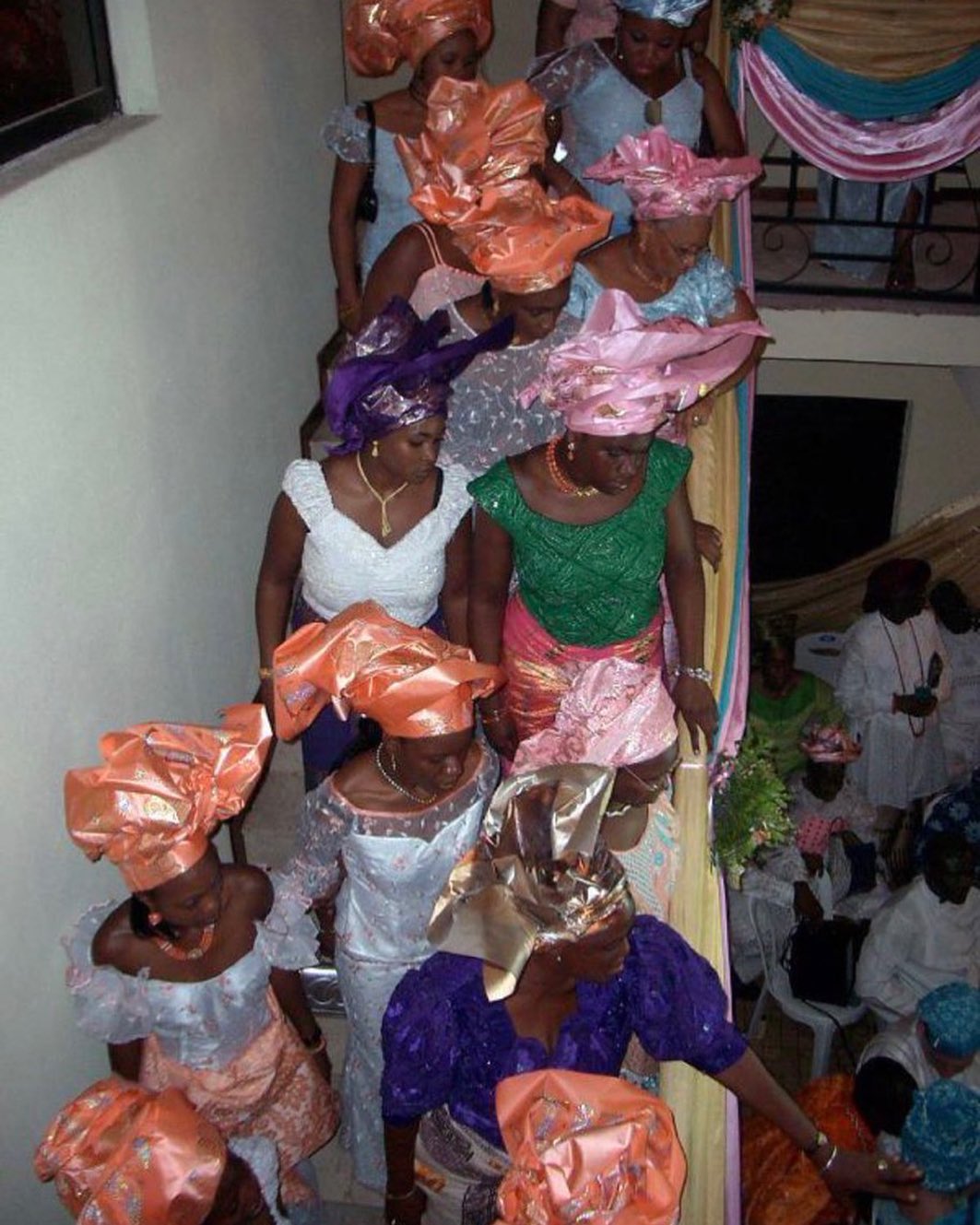 This article was written as part of COLORS’ editorial coverage in line with a recent production period in Lagos, Nigeria in Spring 2022. Head over to our YouTube channel to watch the shows we produced with Nigerian artists, or to our editorial platform to read more articles about the Lagosian ballroom scene, fashion designer Bubu Ogisi, or the first contemporary art fair in West Africa.

What our community says

Quite interesting. Also here in Nairobi Kenya we grew up on Nollywood what we used to call ‘Afrosinema’. Their stories have always been captivating. Cant wait to re-watch some of these classics!