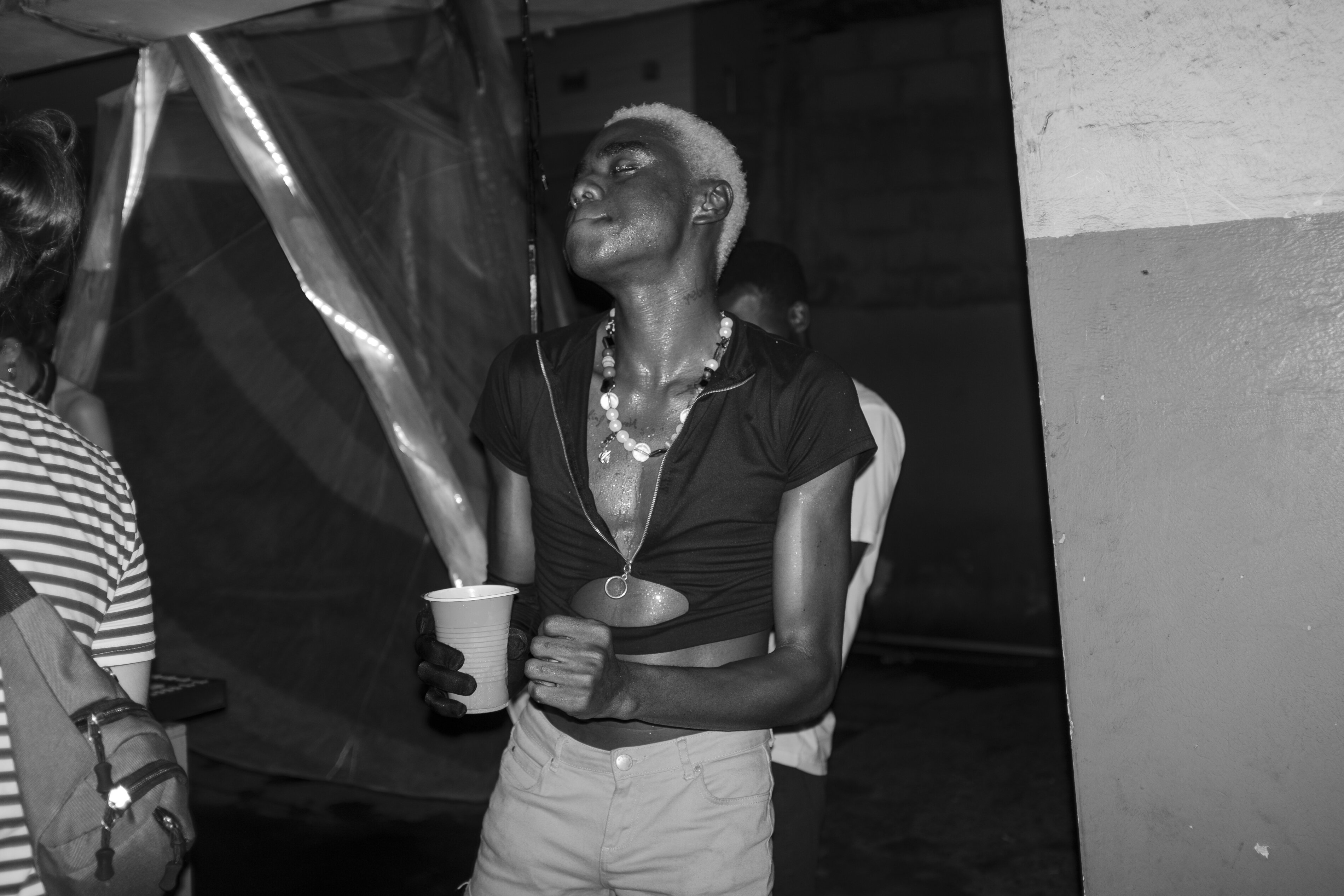 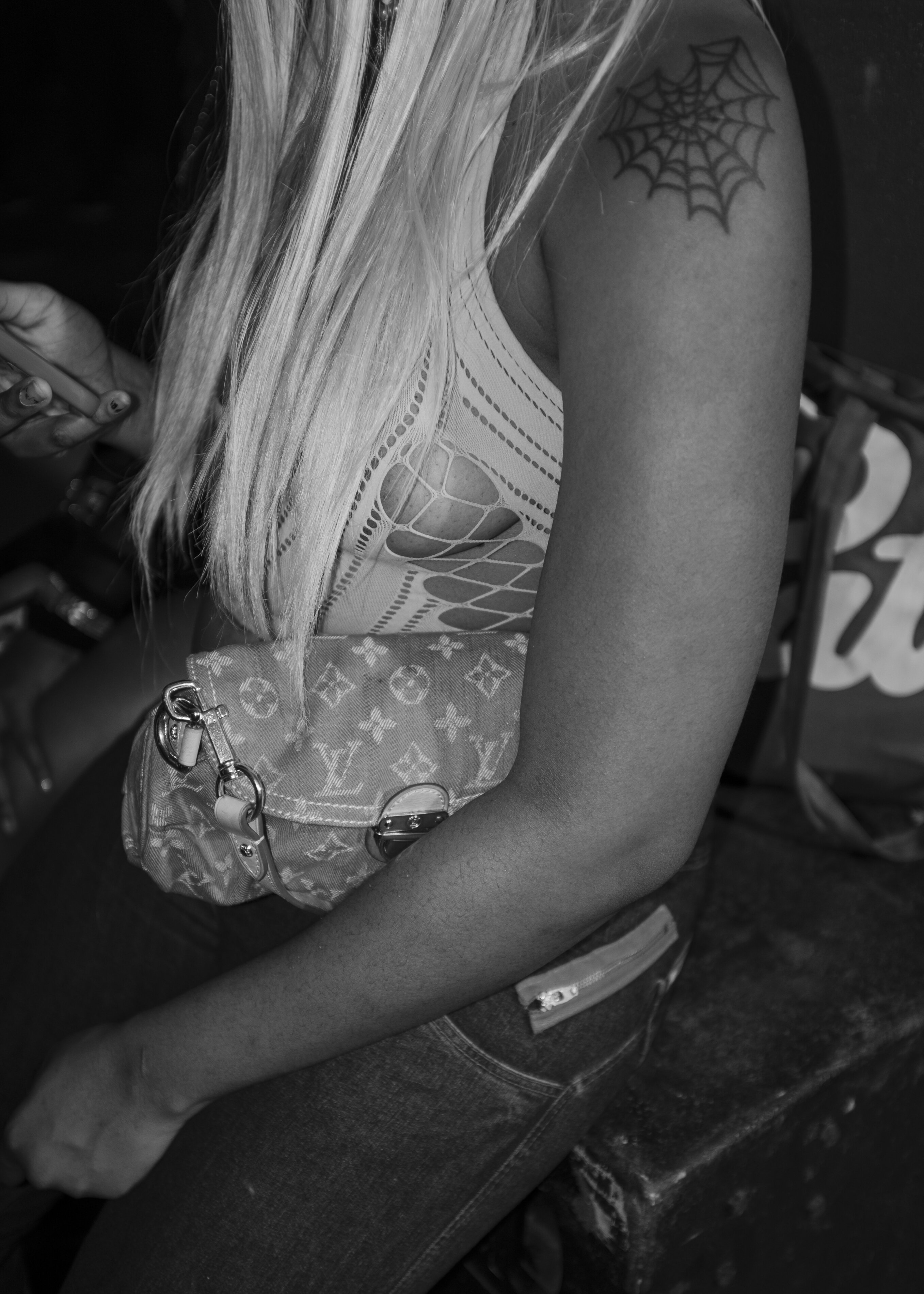 For this article, we comissioned Nigerian photographer Stephen Tayo to capture the Lagos ballroom scene in a series he's titled "Shadows".

With text by Vincent Desmond and photography by Stephen Tayo, this article brings together members of Lagos’ thriving ballroom scene to discuss witnessing queer joy, building tolerance, and giving the city’s LGBTQIA+ community a chance to be their truest, fullest selves, fostering hope and creativity in the process.

When the documentary Paris Is Burning was released in 1990, it introduced the world to the famous balls—events where attendees would dance, vogue, walk, pose, perform, lip-sync, and model in numerous competition categories for trophies and prizes—thrown by the African-American and Latino LGBTQIA+ community in New York city in the mid to late 1980s. Around thirty years later, the FX hit series Pose picked up where PiB left off, reigniting international interest in ballroom culture.

‘‘Pose was what made me realize what I was looking for,’’ says Precious*, a 30-year-old gay man living in Lagos. ‘‘I knew something was missing in my life, but when I saw the show it just hit me. This sort of community was exactly what I was looking for.’’ Precious, like many others, found this sense of community in the Nigerian underground ballroom scene, one that is primarily maintained by small collectives and organizers in major cities across the country. Through parties and raves, these individuals undermine the legislations in Nigeria that criminalize displays of queerness, aiming to foster community, creativity, and hope in the process. 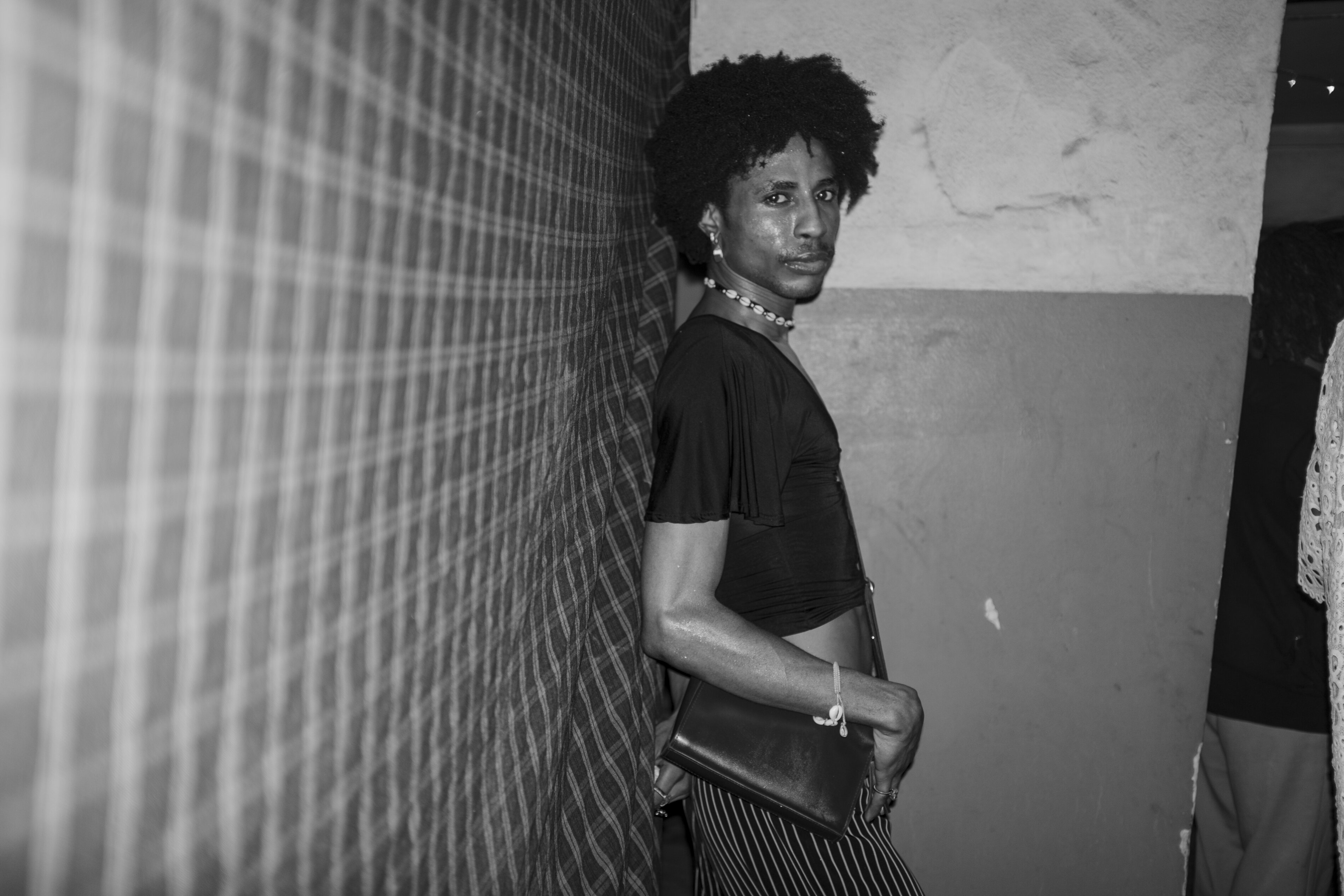 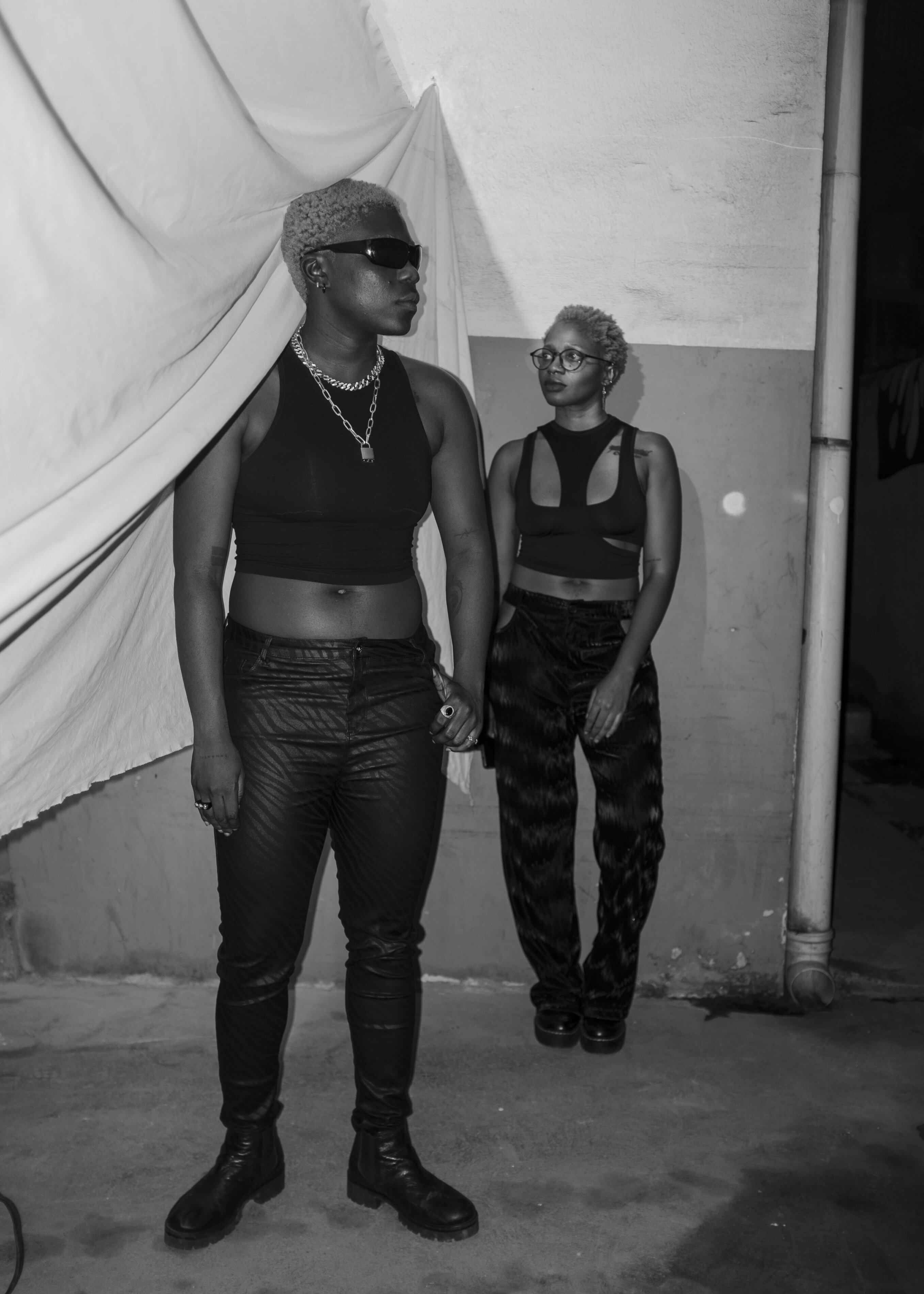 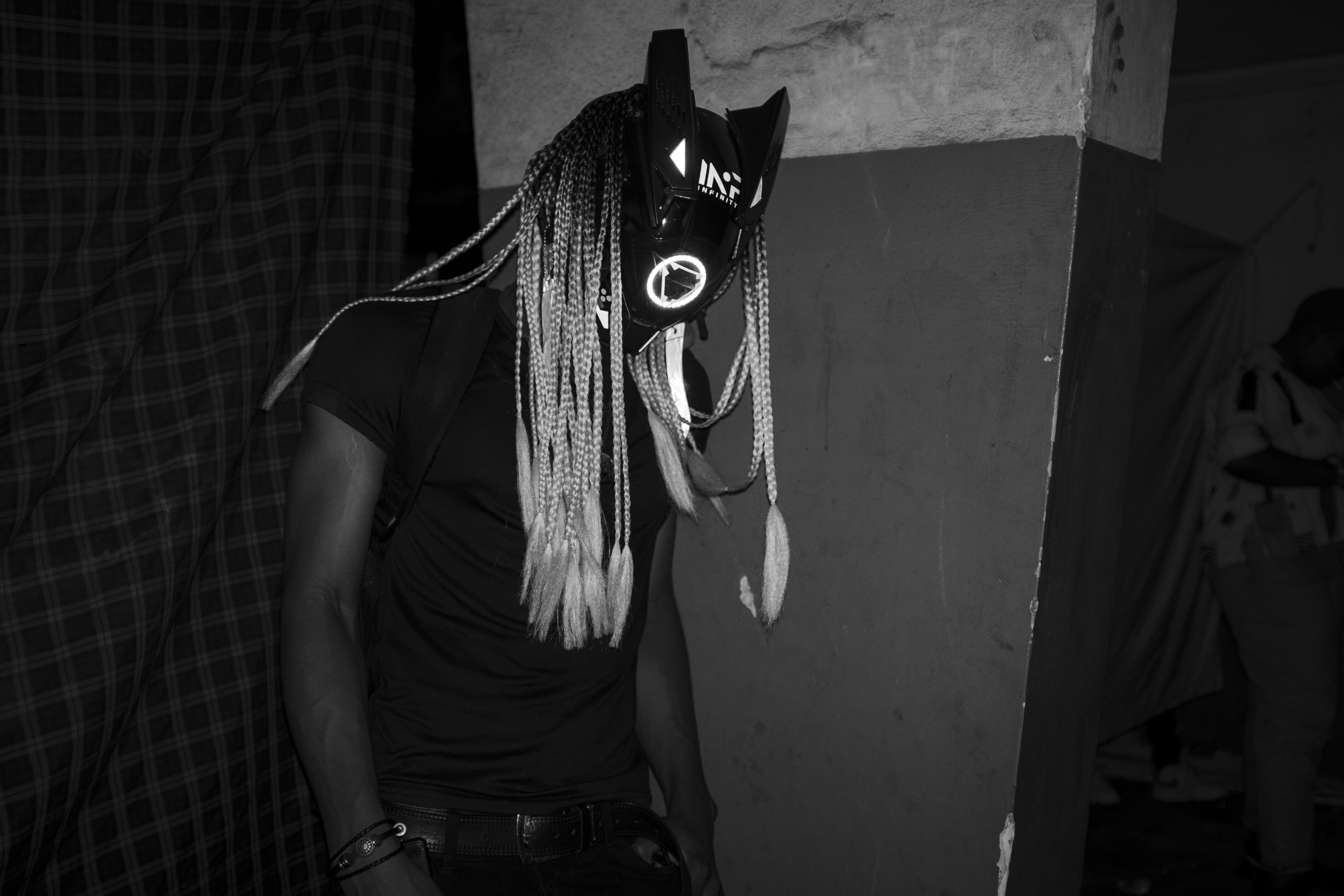 “I think one of the greatest misconceptions a lot of people have about ballroom in Nigeria is that it is new. That couldn’t be further from the truth.”

In 2014, the Nigerian government passed the Same-Sex Marriage Prohibition Act (SSMPA), which, amongst other things, illegalized sex and marriage between people of the same gender. Parties and associations between members of the LGBTQIA+ community were also prohibited. This bill legitimized homophobic sentiments in Nigeria, and ignited a country-wide uprising of indiviudals attacking queer people and queer spaces. As a result, many queer organizers sought asylum, left Nigeria permanently, or ceased operations.

Despite this, Nigeria has maintained a vibrant ballroom and queer party scene for the past twenty years. In the late 1990s and early 2000s, queer organizers used their own personal resources to host events in their houses, incomplete buildings, unmarked locations, and even hotels where they would rent out halls to avoid straying eyes that would pose risks to their safety. ‘‘I think one of the greatest misconceptions a lot of people have about ballroom in Nigeria is that it is new,’’ says Kate*, a lesbian woman in her late thirties. ‘‘That couldn’t be further from the truth. When I was in my twenties, me and my friends frequently attended and watched balls and parties. We always had to be ready to run in case the police came and caught us, but it was exhilarating and fun.’’ 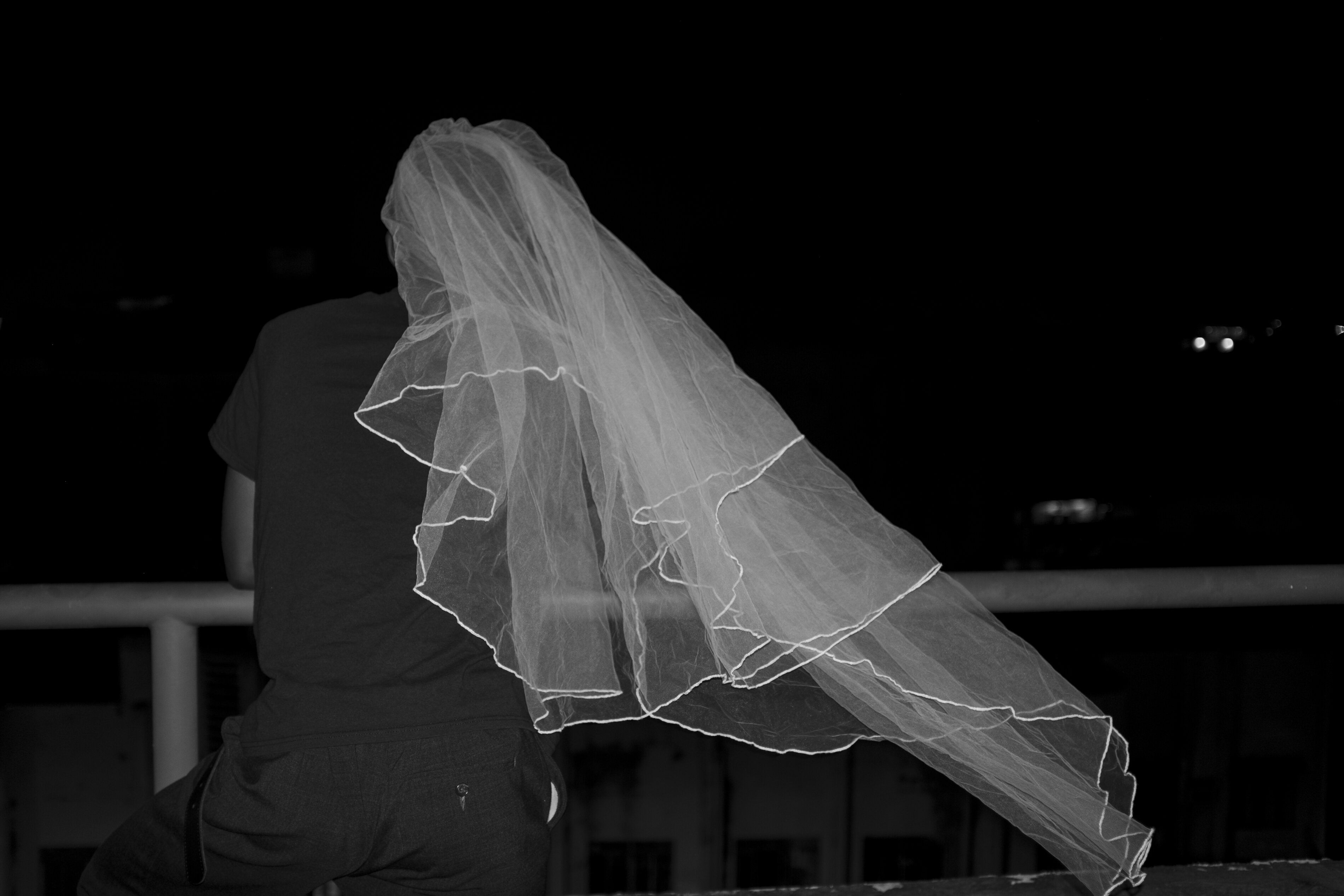 Aaron Ahalu—one of the organizers behind the House of Curiosities underground electronic ballroom and rave party—is referring to this history when he speaks of the tradition of Nigerian ballroom. “The ballroom scene is important because it’s a deeply rooted tradition in the queer community. It’s solely aimed at providing happiness through dance and music in the most dramatic and flamboyant way possible,” he explains. “Most people have only ever watched balls on television or social media. It’s important that the queer community is able to experience them in real life, especially in a rigid Nigerian society where we aren’t allowed to fully live everyday without some sort of judgment or backlash.’’

Dolapo Osunsina is a community organizer at hFACTOR, one the leading collectives and organizers of the ballroom scene in Lagos. When she’s asked to describe an average event hosted at the space, she quickly answers that ‘‘there is no average event at hFACTOR! But it is always real, raw and randy and with lots of love. Self-expression is how we begin to embrace and affirm who we are as people. The ballroom culture in Lagos is where the essence and the nuances of our LGBTQIA+ community can be boldly expressed.” 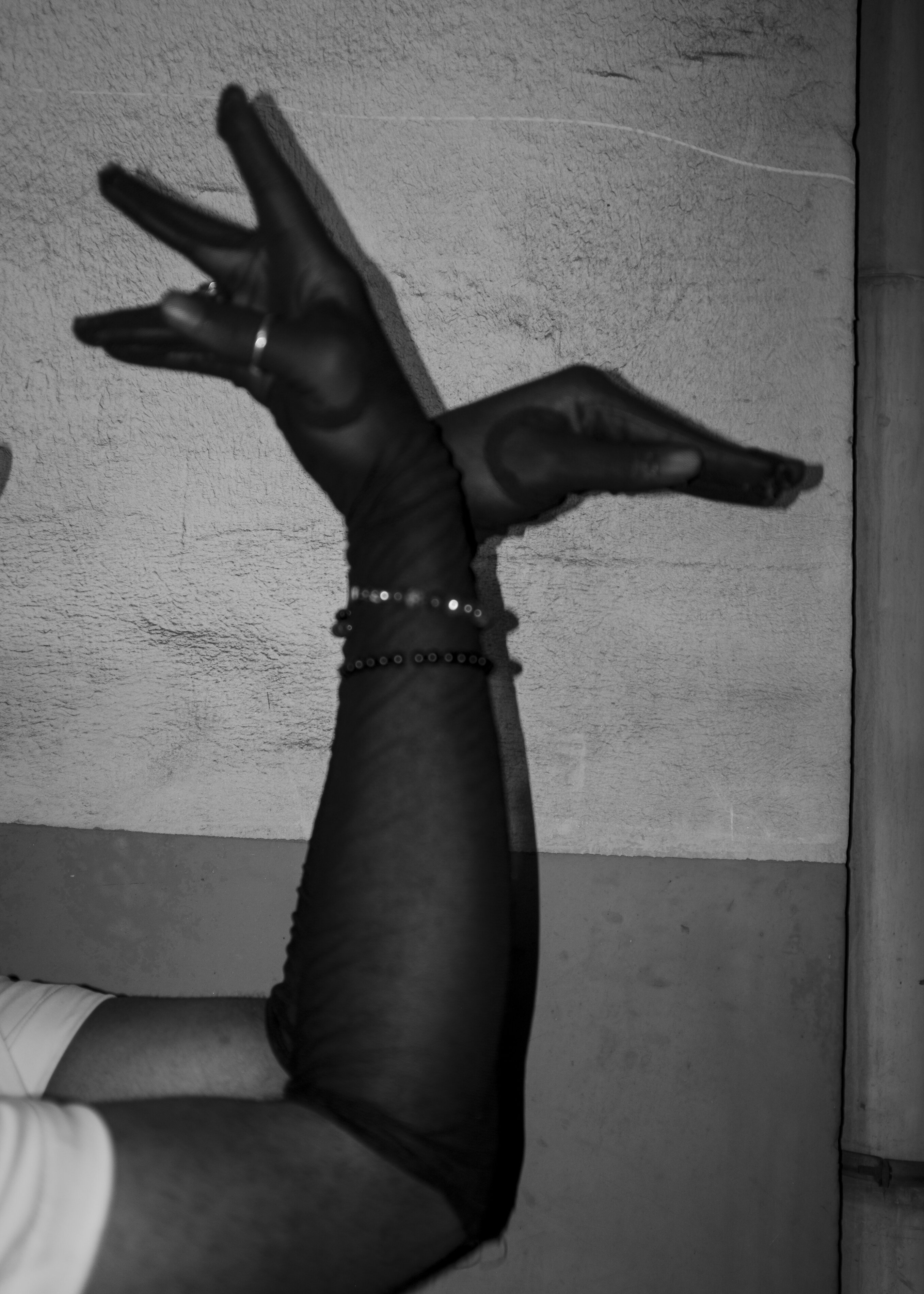 “The ballroom scene is a deeply rooted tradition in the queer community. It’s solely aimed at providing happiness through dance and music in the most dramatic and flamboyant way possible.” 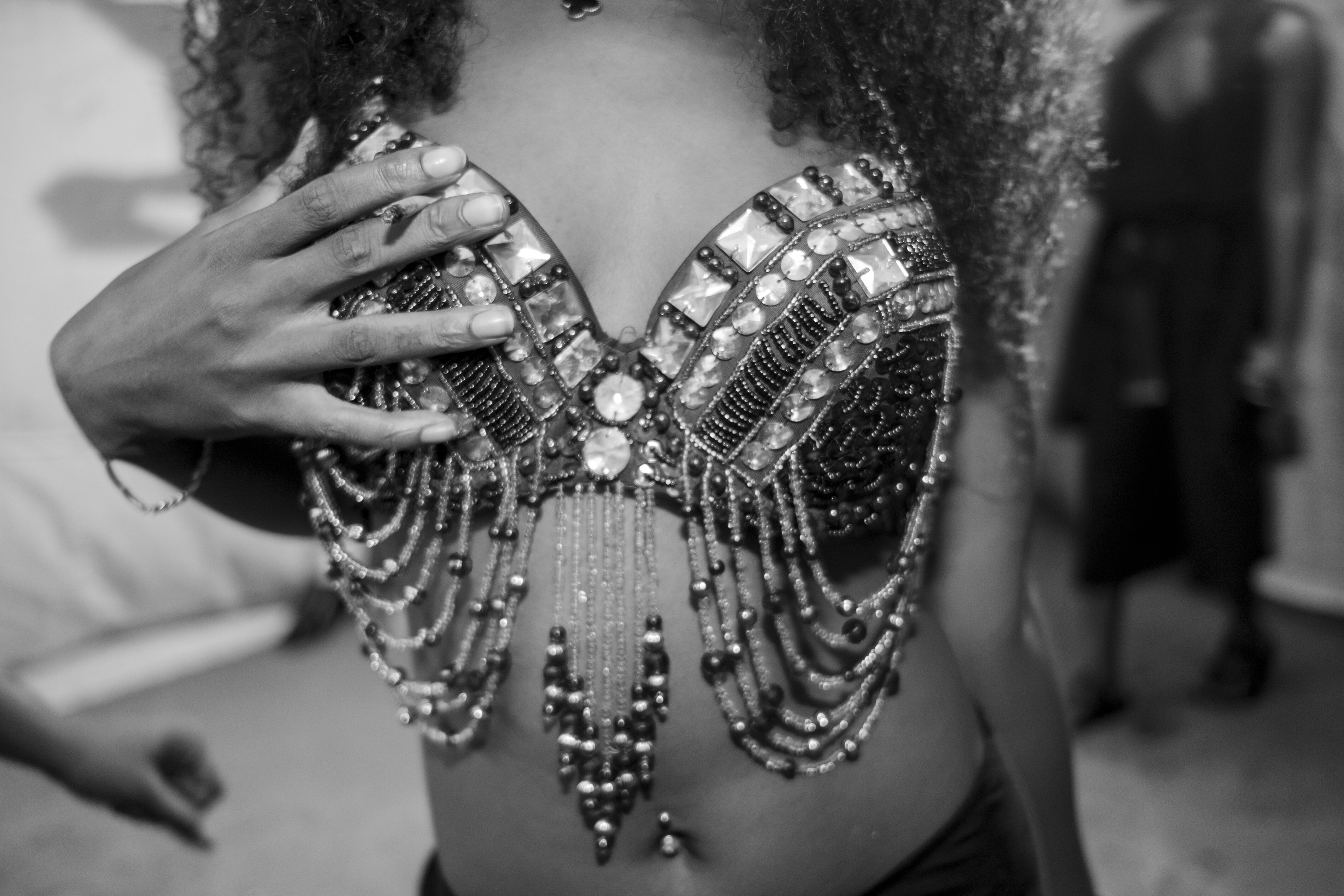 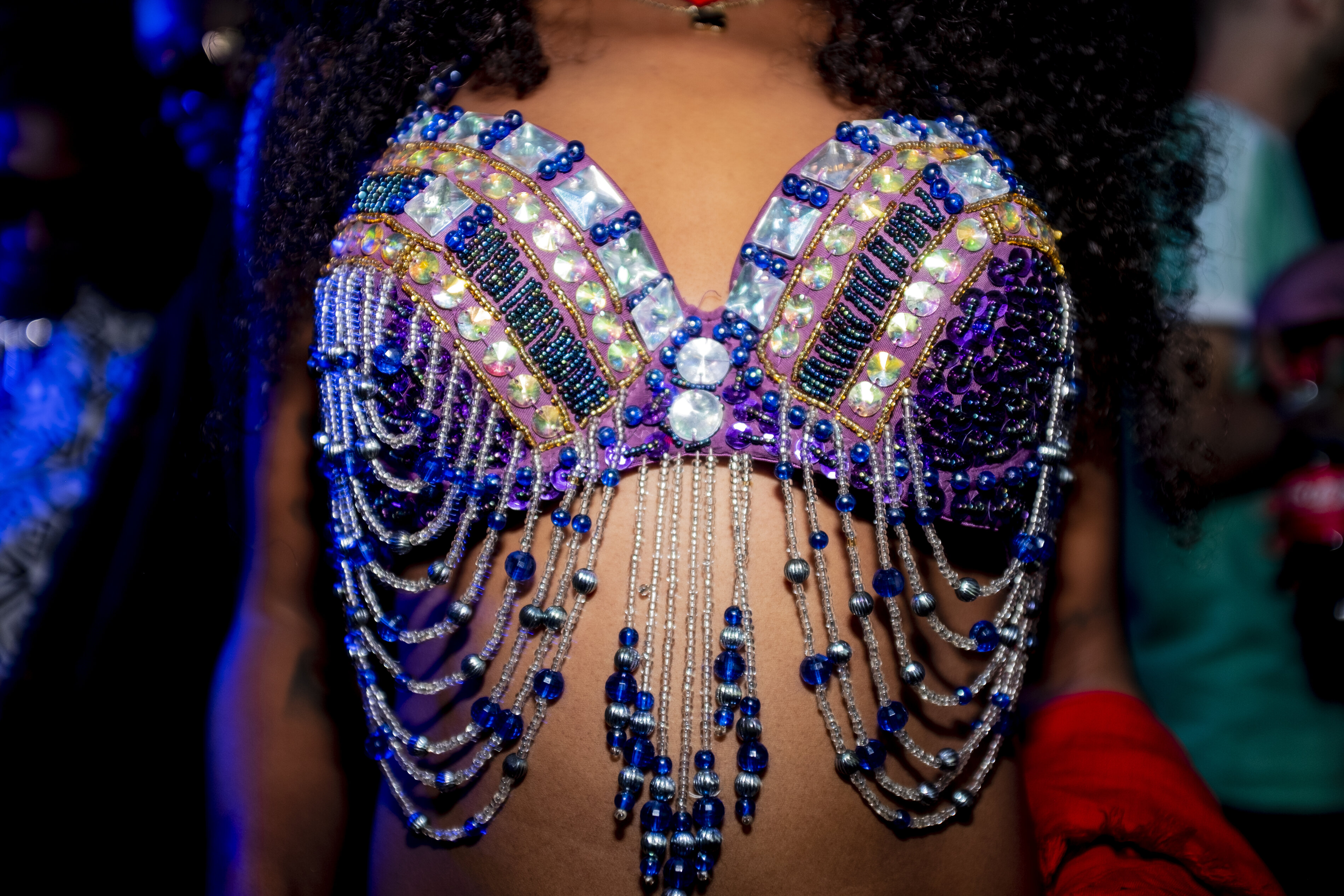 Despite the politicizing of the lives and joy of queer people, the legislations that criminalized them, and the multiple organized and unorganized lynchings, Lagos’ ballroom scene keeps finding ways to keep going because it is essential to to queer people needing a safe space to express themselves. One of the most important factors to ensure its survival is the party organizers’ dedication to ensuring the safety of all of its community members. ‘‘We’ve been really careful with how we plan events and how we publicize and execute them. We have been lucky to not face any challenges in terms of security and event production so far,’’ Aahlu shares. “This said, it definitely would help to have sponsors to help elevate our current work in some way. There are limits to what we can handle individually.’’

One of Osunsina’s safety solutions at hFactor is to focus on engaging the community surrounding the venue as a way to build tolerance and ensure safety. “Our space is at the heart of Lagos island, so we had security concerns at first,” she explains. “Much of our community engagement over the years has sensitized our local community to our creative practices. I think we’ve been successful at building tolerance and opening minds to creative possibilities via our conversations, public exhibitions, and Ballroom parties.” For Osunsina, simple things like conversing with the local communities on the importance of the work done at hFactor, and even inviting them into the space, has helped build a relationship between hFactor and the surrounding community. It is this relationship – perhaps more so than the hired security guards – that has guaranteed the continuous safety of the attendees of hFactor. 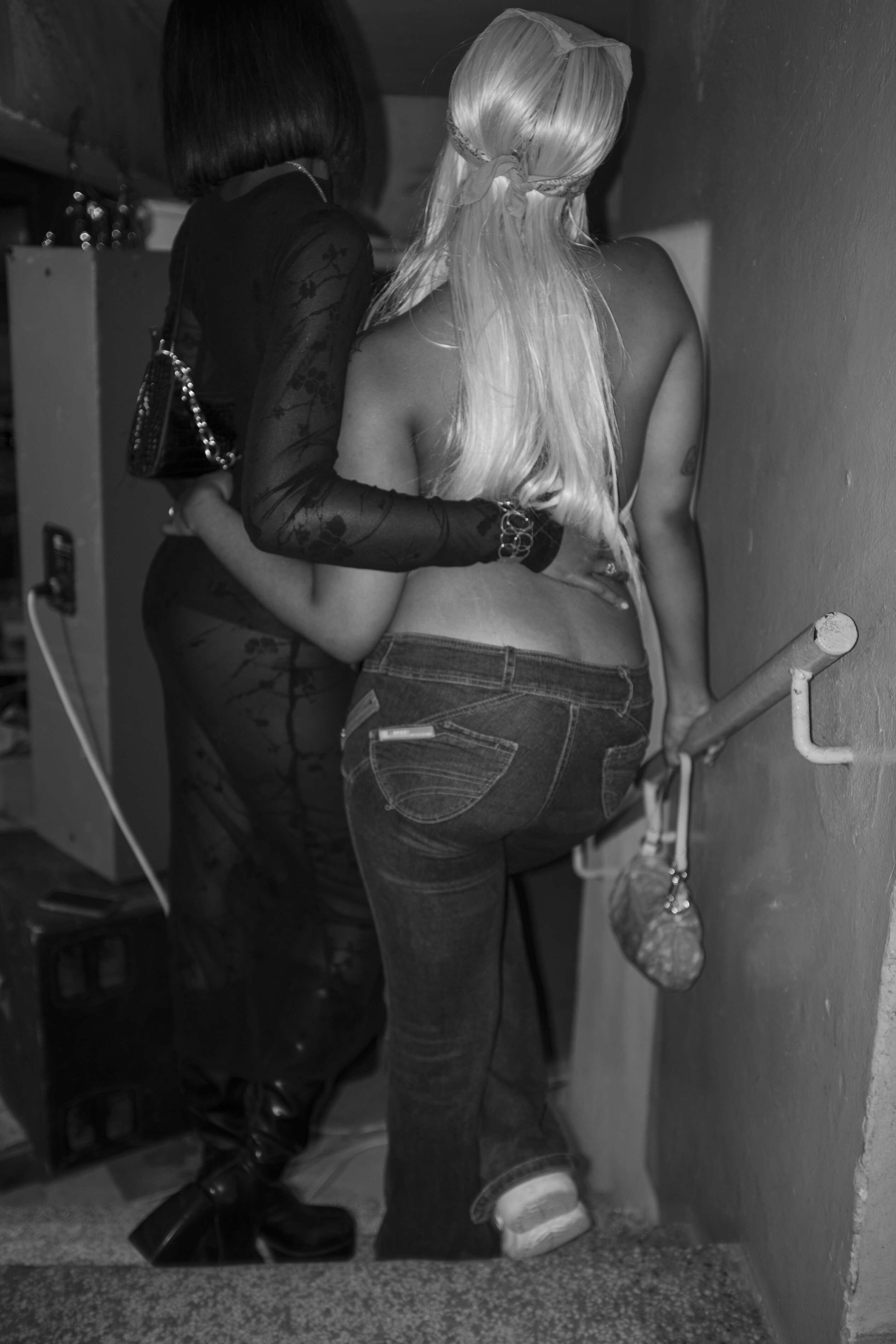 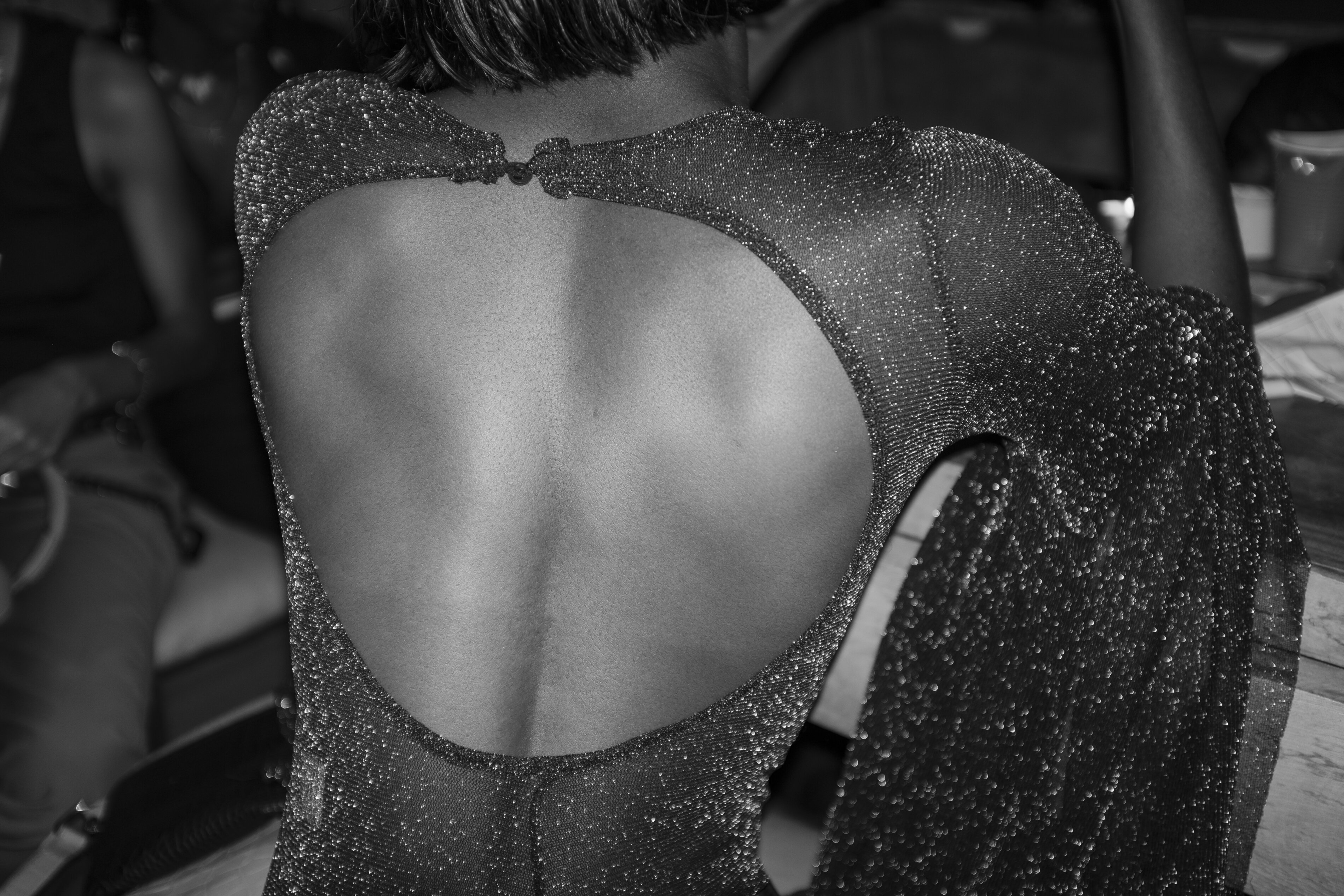 ‘‘When I’m at a ball, witnessing queerness and queer joy, I am at my happiest. I’m my truest and fullest self.”

At first glance, the risks associated with running balls may seem too high for what could just appear to be a simple ‘party’ or ‘rave’ to outsiders. However, for many people in the LGBTQIA+ community, these events are the only way they are able to exist fully in an affirming space. Balls have become essential to them: they are a way to mitigate the difficulties of navigating life as a queer person in a city where violence seems to exist at every turn. “Every time I attend a ballroom party I know I run the risk of getting arrested or the police breaking in and it being the end of the line for me. But I have made peace with that,” says Precious* solemnly. ‘‘When I’m at a ball, witnessing queerness and queer joy, I am at my happiest. I’m my truest and fullest self. That is everything to me.’’ 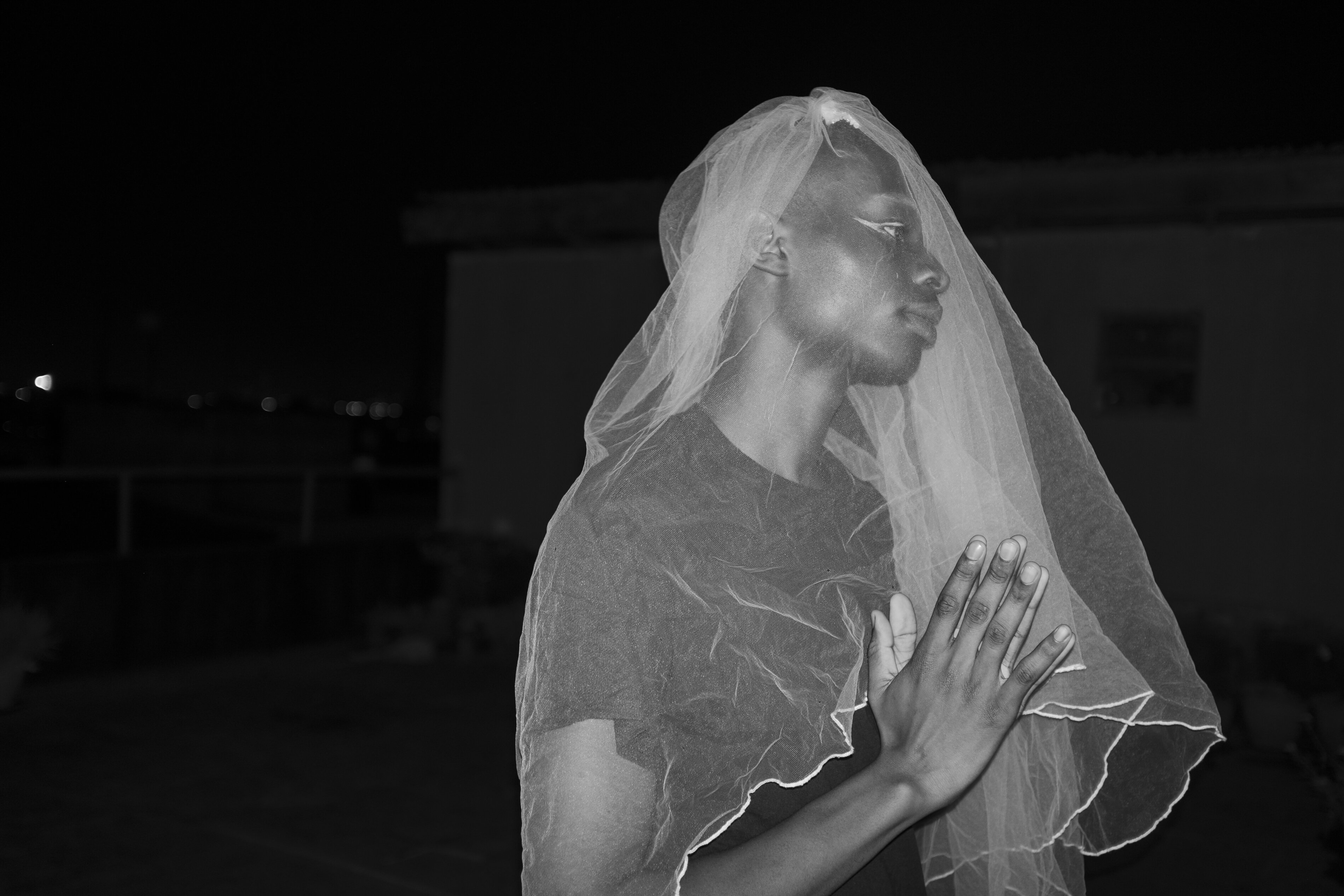 This article was written as part of COLORS’ editorial coverage in line with a recent production period in Lagos, Nigeria in Spring 2022. Head over to our YouTube channel to watch the shows we produced with Nigerian artists, or to our editorial platform to read more articles about the Lagos skate scene, photojournalist Yagazie Emezi, or the founder of West Africa’s first contemporary art fair.

*Please note, some names were changed in this article to ensure the safety of our interviewees.