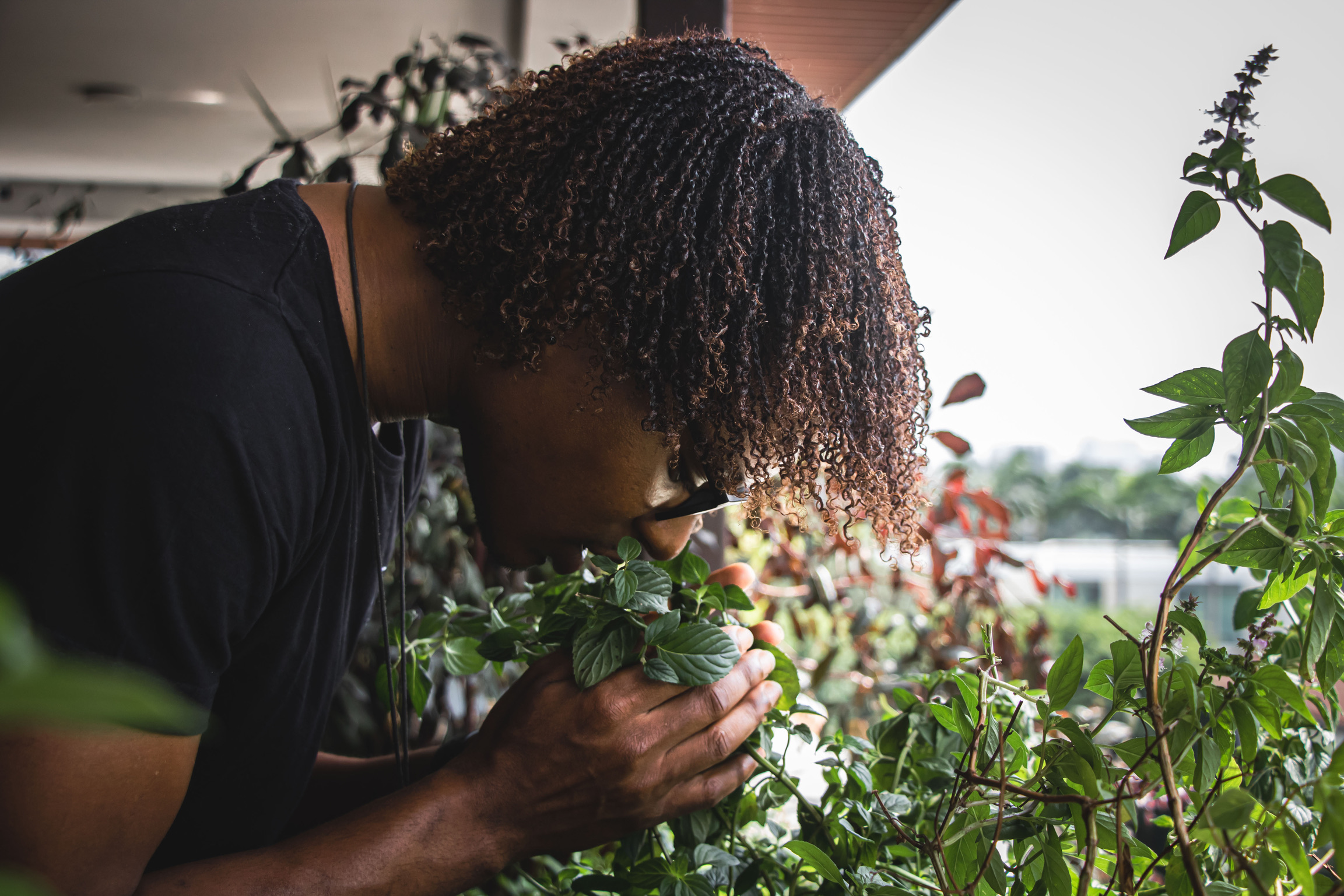 Michael Elégbèdé is a Lagos-based chef and the founder of Ìtàn Test Kitchen.

Writer Ify Obi speaks to the Lagos-based chef to find out more about developing appreciation of Nigeria’s diverse indigenous cuisine on a local and global scale through his experimental approach to traditional dishes.

The cliche saying “you are what you eat” is not only relevant to conversations around health and nutrition. Food is culture. It is a reflection of the stories, practices, and communal realities shared amongst groups of people across different periods in time. “Food is very important, you know,” Chef Michael Elégbèdé notes while deftly stirring a pot of pepper soup broth. “It’s the core of our identity. The way you think of a people’s food, is the way you think of them.”

Having spent his formative years living in the U.S. and working within its Eurocentric culinary landscape, the chef understood that “most of the time, our (Nigerian) food is looked at as something that is just for sustenance. In contrast, French and all European dishes in general are seen as fine dining cuisines that are aspirational and deserving of creative entitlement.”

Elégbèdé’s determination to change these perceptions and develop the appreciation of Nigeria’s diverse indigenous cuisine was the catalyst for him to start his own restaurant, Ìtàn Test Kitchen, in 2017. Nestled in a converted apartment in the affluent neighborhood of Ikoyi, Lagos, Ìtàn is where the chef conducts his culinary experiments, devising new interpretations of traditional staples using locally sourced ingredients. For example, rather than serve up garri in the usual pounded and molded dough state called eba, Elégbèdé makes the dried cassava flour into chips instead. Similarly, he transforms amala—a Yoruba food also made from cassava flour or yams—into dumplings.  As Elégbèdé says, it is a “much needed creative deconstructive way of experiencing our food” 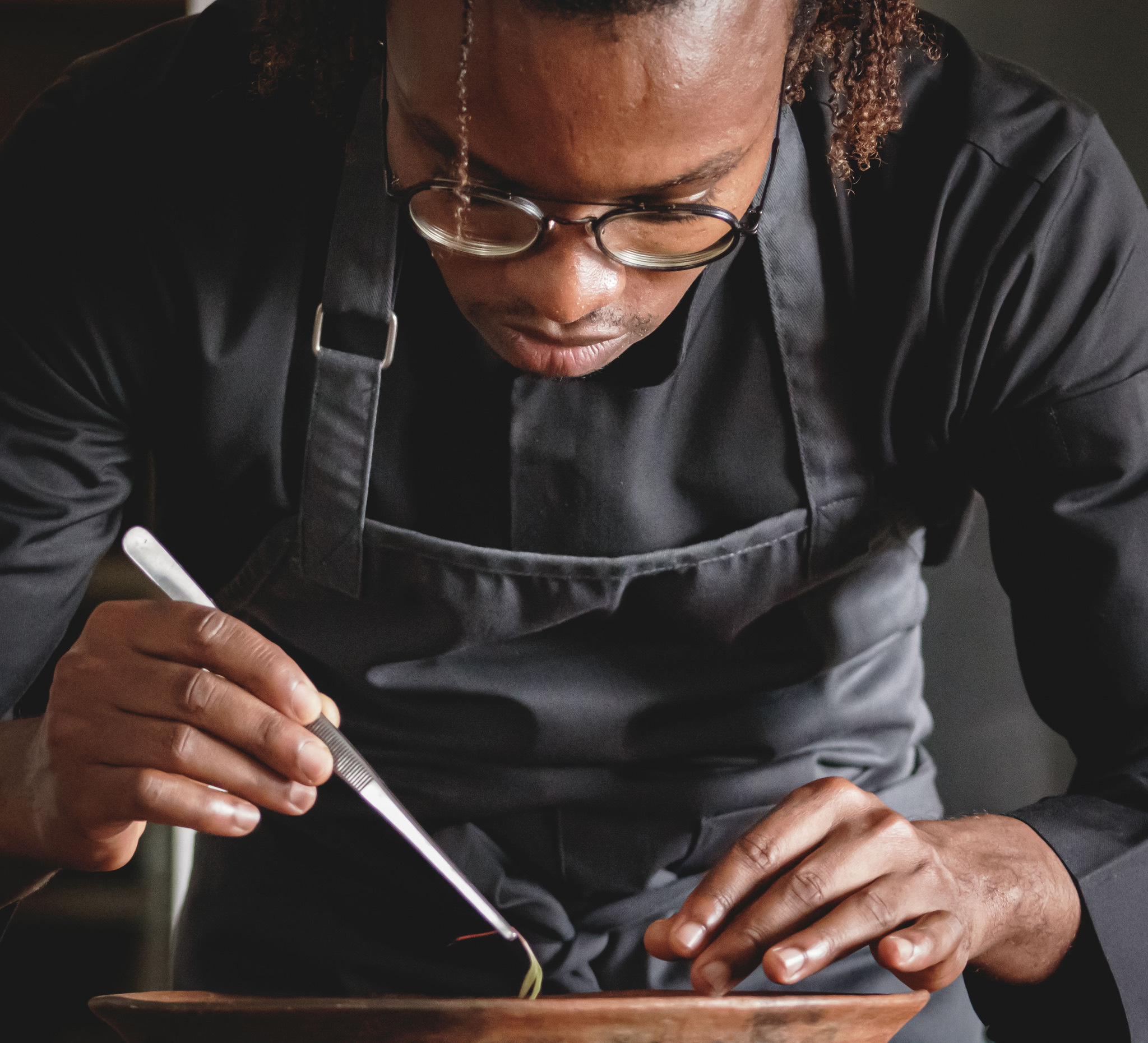 “Nigerian food is looked at as something that is just for sustenance. European dishes in general are seen as… aspirational and deserving of creative entitlement.”

The pepper soup broth Elégbèdé prepares during our conversation is a working recipe that uses fish bone stock to fortify the complexity of the multiple hero spices. “It actually places more value on our ingredients and us as people,” he says as he explains the need to create new stories and space for innovation around Nigerian food as a means of preservation. “Culture is constantly reinventing itself. Cuisine also reinvents itself. If it does not evolve with the times, it dies.”

Ìtàn, which means “story” in Yoruba, is an expression of pride in identity through storytelling. It is rooted in Elégbèdé’s personal background as a Lagos-born man who moved to the U.S. aged thirteen and discovered his love for cooking while helping out in his mother’s restaurant. “Cooking reminded me of home while I was in America,” he says. After training at the Culinary Institute of America and working at several Michelin-starred restaurants, Elégbèdé decided it was time to return to his native Nigeria. “I came back to immerse myself in the culture and traditions of food,” he says, explaining how he traveled across the country to learn how to approach dishes from different regions. “It wasn’t easy, but it had to be done. As a Yoruba man, most of what I ate and cooked growing up were Yoruba meals and dishes specific to Lagos. To come back with a mission to reshape the narrative around Nigerian food after fourteen years away from the country without taking the time to research would have been a great disservice.” 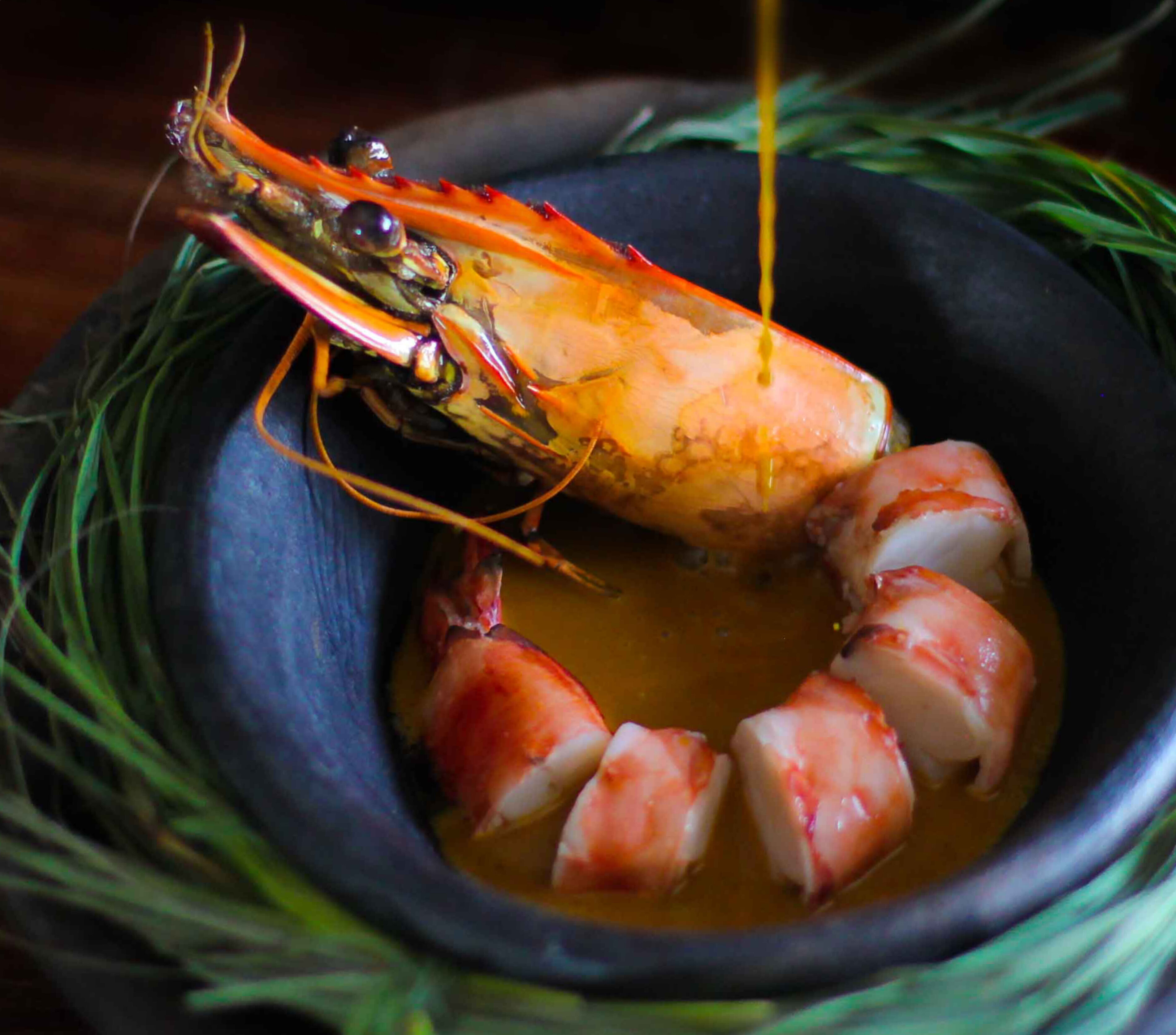 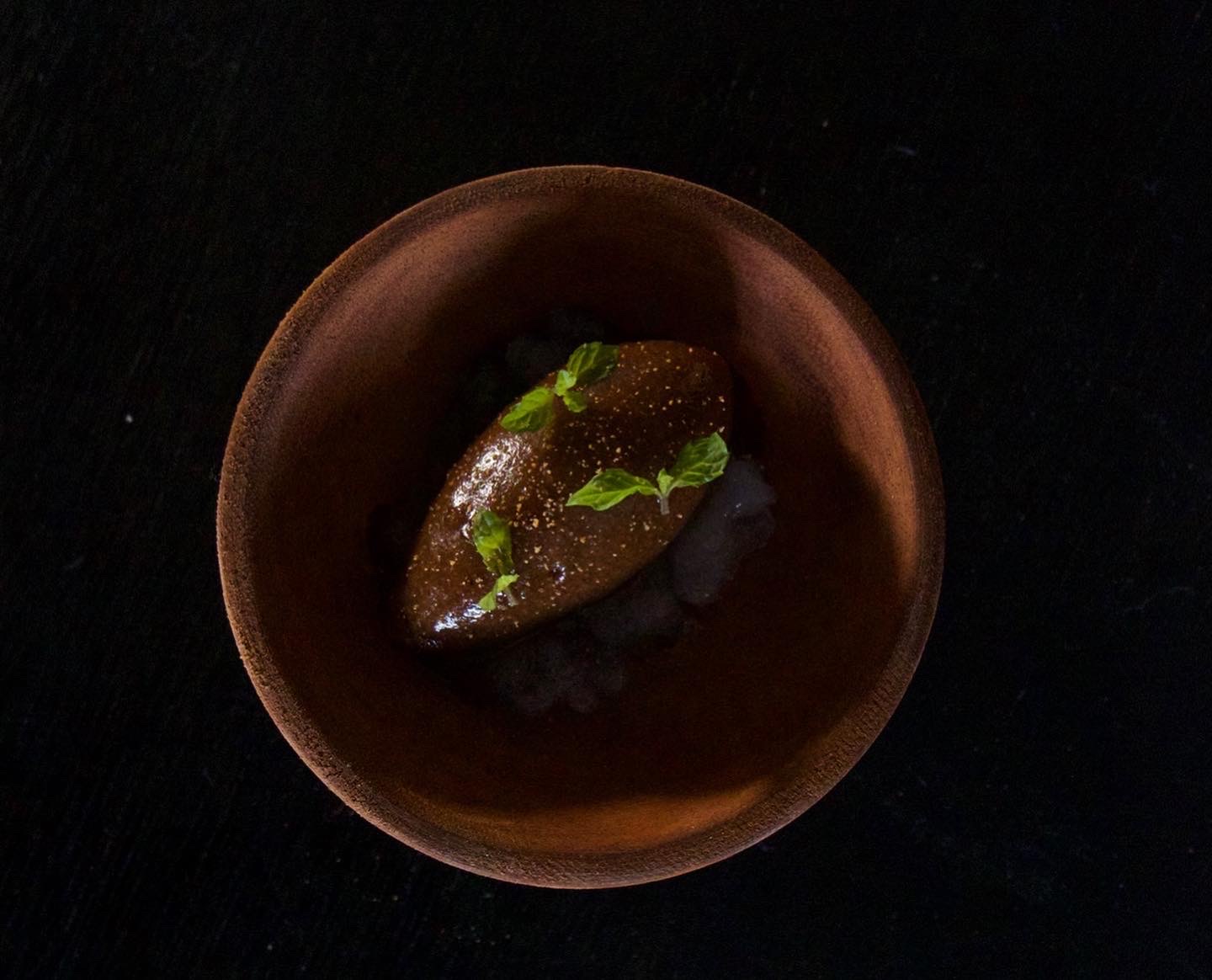 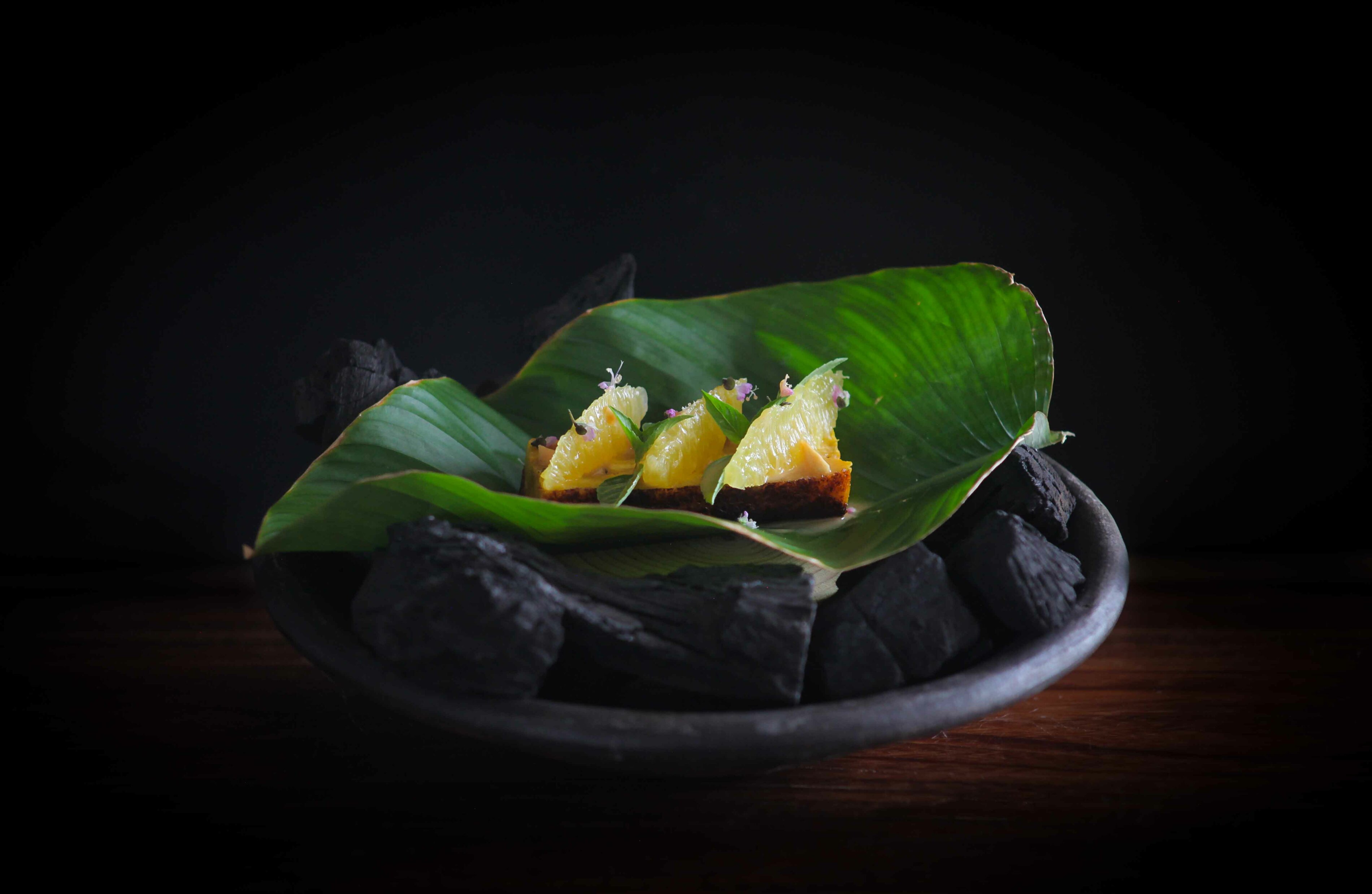 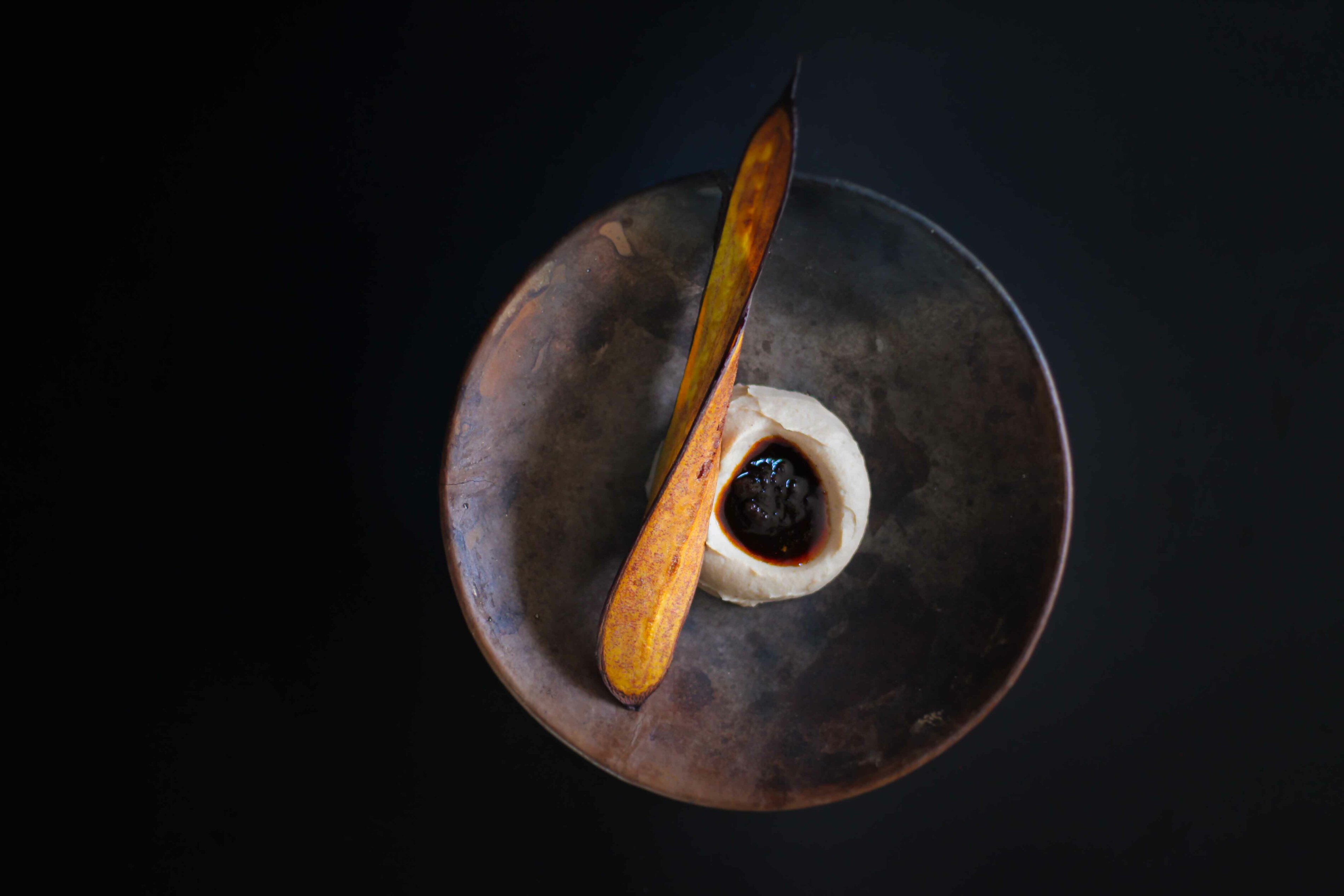 “It’s so beautiful having Ìtàn in Lagos because you can see people relate with the food’s in a way that people from other countries wouldn’t be able to.” 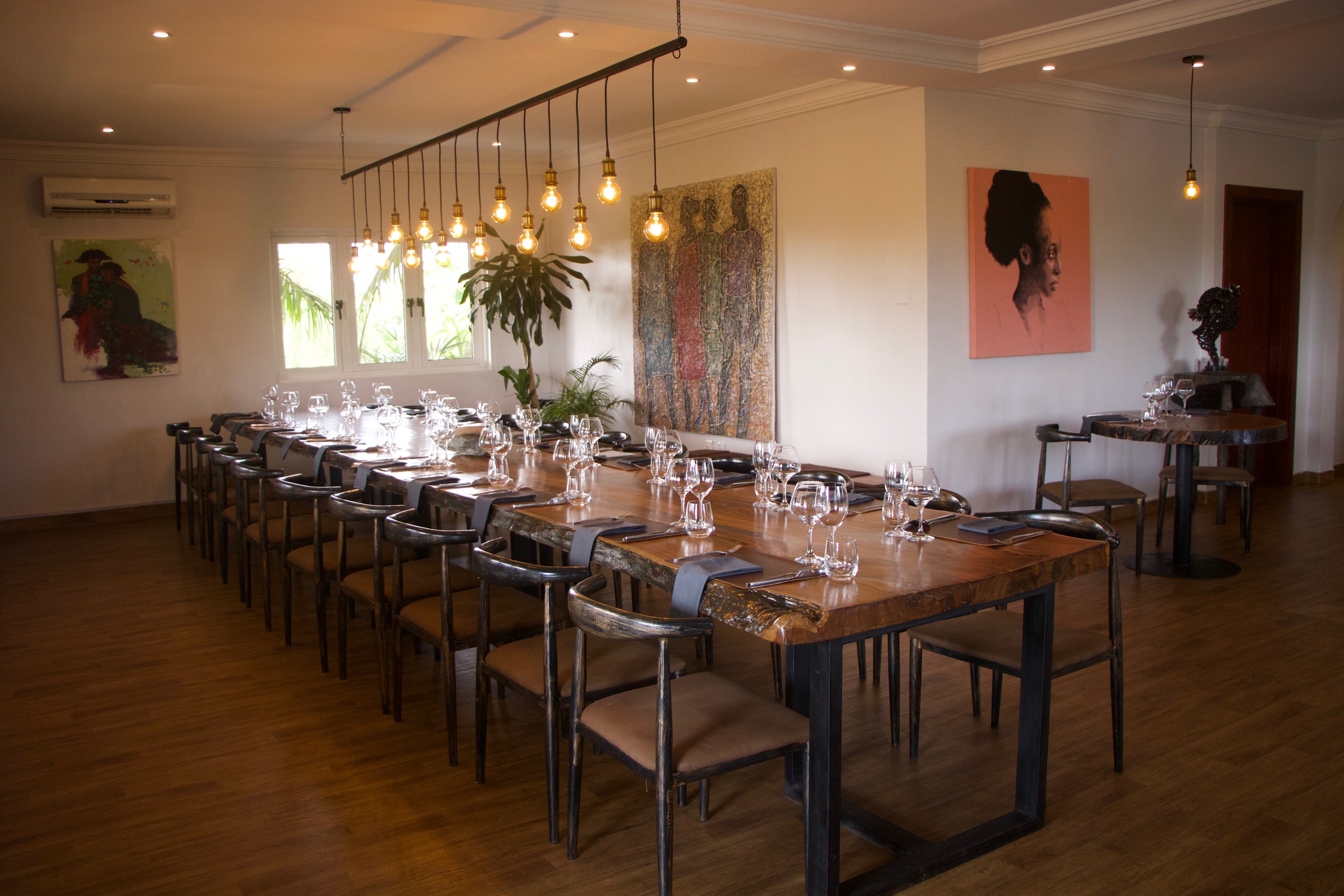 Now, at Ìtàn, Elégbèdé offers innovative seasonal menus that change every six to eight weeks and convey the Nigeria’s diverse cultural narratives. For example, the current menu, titled “Festivals”, champions events across the country that celebrate new harvests like the Argungu fishing festival and New Yam festival. Miyan Zogale, a vibrant delicacy made from Moringa leaves which is commonly enjoyed amongst the people of Northern Nigeria, is a stand out dish. Also on the menu is Iru Caviar, a sweet and savory dish made from locust beans stylised into spheres in the form of caviar. Previous menus have included “In Diaspora”, an exploration of the history behind the migration of West African flavours through the transantlantic slave trade, and “Street Food”, in which interpretations of local street classics like Smoked Guinea Fowl, Bolé Flower, and Abacha, were highlighted. A visit to Ìtàn comes at a cost of $200 per head for its set menu. Though on the pricey side, it is consistent with the idea of redefining the view of local cuisine as compelling fine-dining.

“Most of our clientele have been Nigerian,” continues Elégbèdé. “It’s so beautiful having Ìtàn in Lagos because you can see people relate with the food’s in a way that people from other countries wouldn’t be able to. When I say ‘this is our expression of amala and ewedu,’ I don’t have to explain what it is or about the yam drying process. There is a direct reference to the culture.” 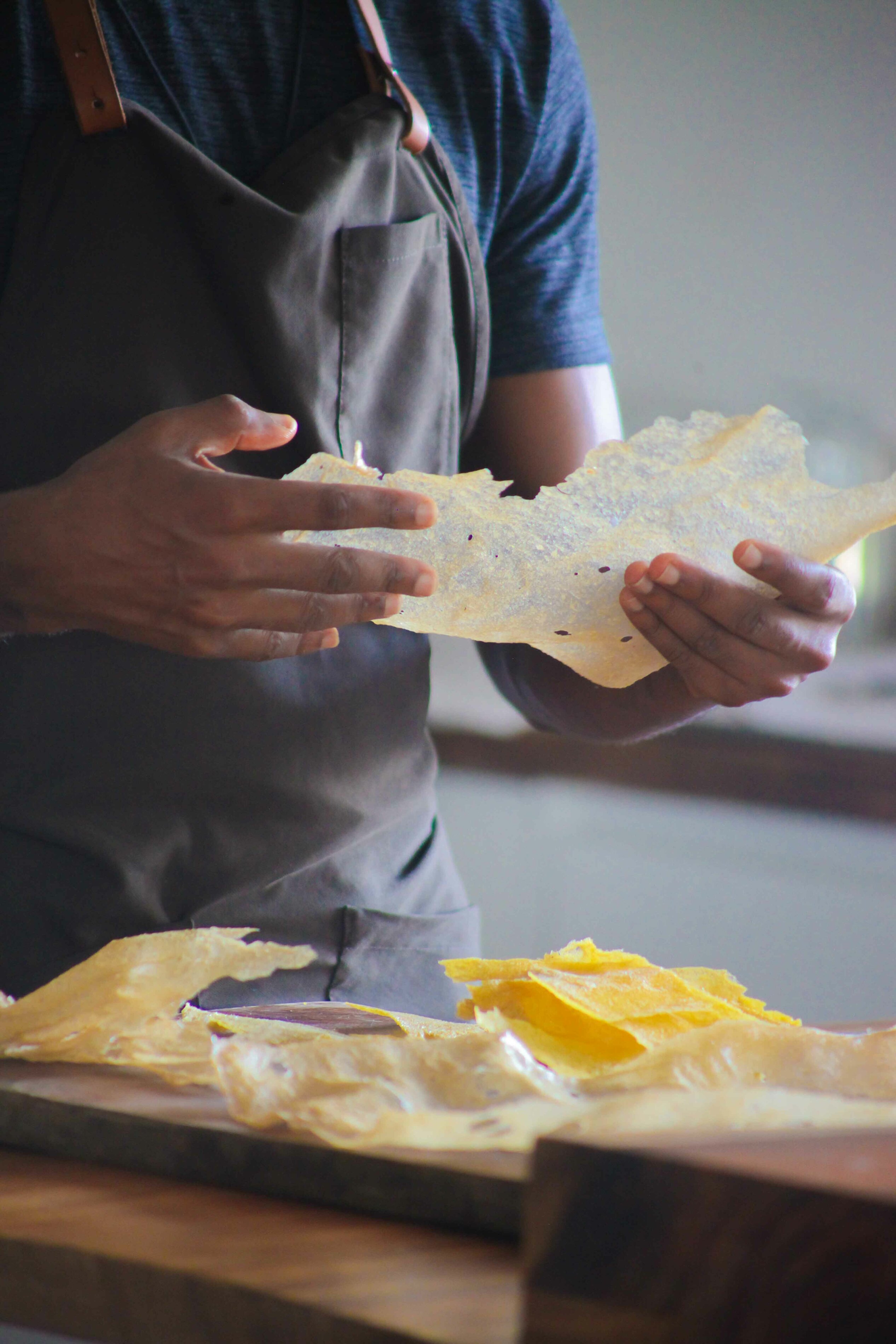 “Culture is constantly reinventing itself. Cuisine also reinvents itself. If it does not evolve with the times, it dies.”

Indeed, it is a common trope that is staunchly perpetuated within Nigeria’s commercial restaurant landscape to have Jollof rice as the primary focus, and the representation of Nigerian food in the western world is similarly restricted. At Ìtàn, Elégbèdé hopes to open his guests eyes to dishes beyond the current “limited representation of the diverse cultures of over 200 million people to just five staples.” With the rave reception and growing interest the test kitchen continues to enjoy, this hope is shifting towards becoming a reality. 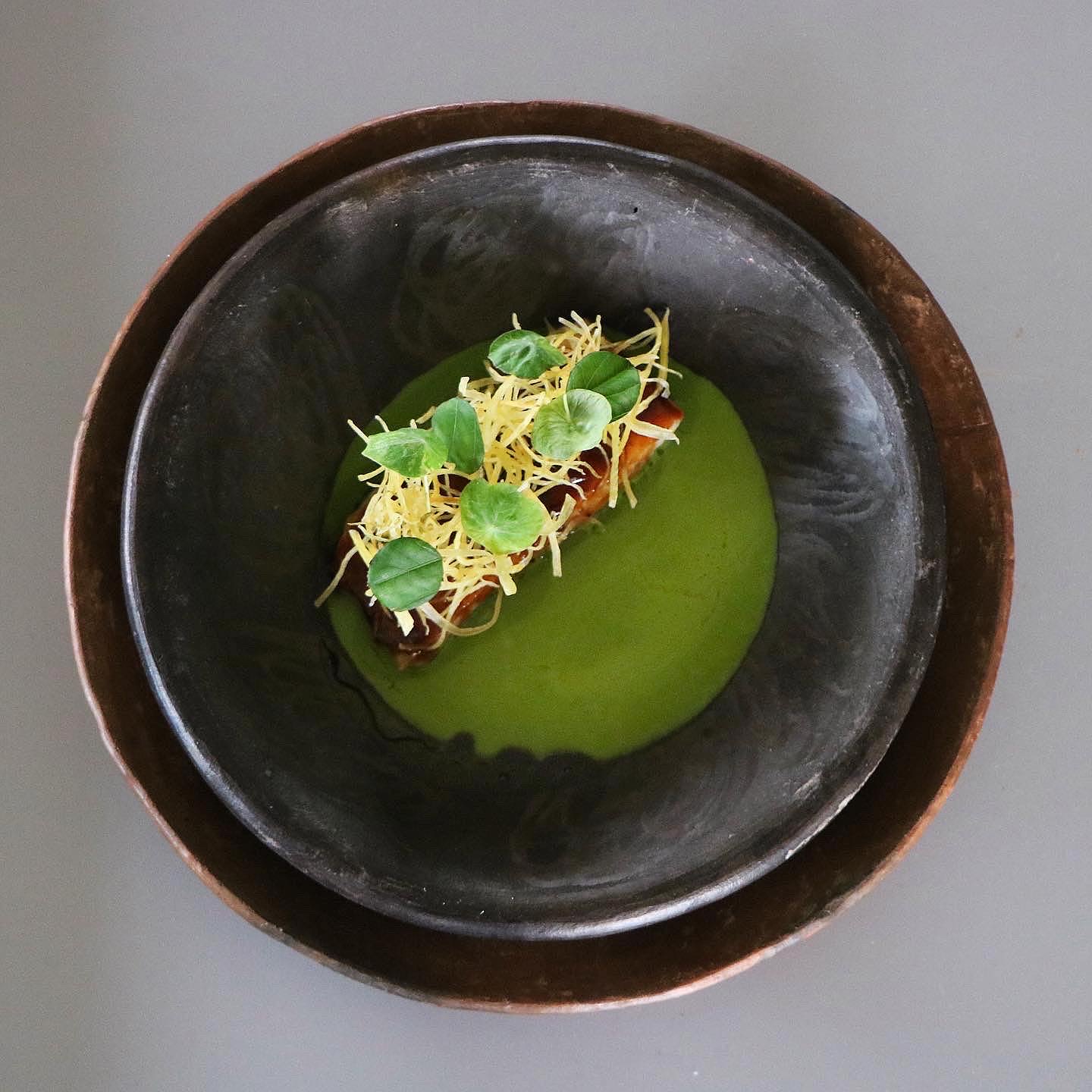 Michael Elégbèdé is a Lagos-based chef and the founder of Ìtàn Test Kitchen. Follow him and his restaurant on Instagram to keep up to date with his latest work and menus.

This article was written as part of COLORS’ editorial coverage in line with a recent production period in Lagos, Nigeria in Spring 2022. Head over to our YouTube channel to watch the shows we produced with Nigerian artists, or to our editorial platform to read more articles about the founder of West Africa’s first contemporary art fair, the prohibition of love through the eyes of Nigeria’s queer community, or highlife band The Cavemen.