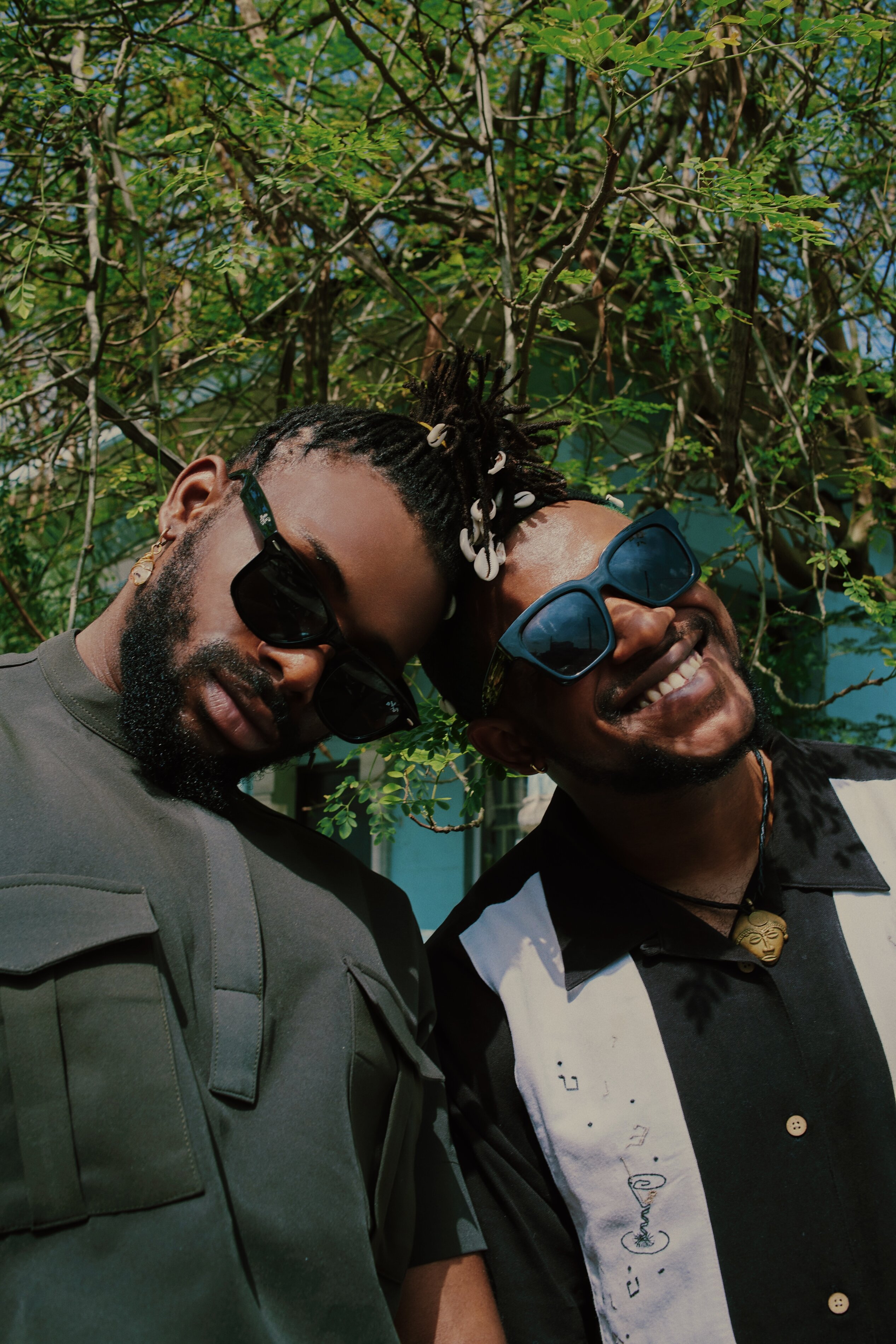 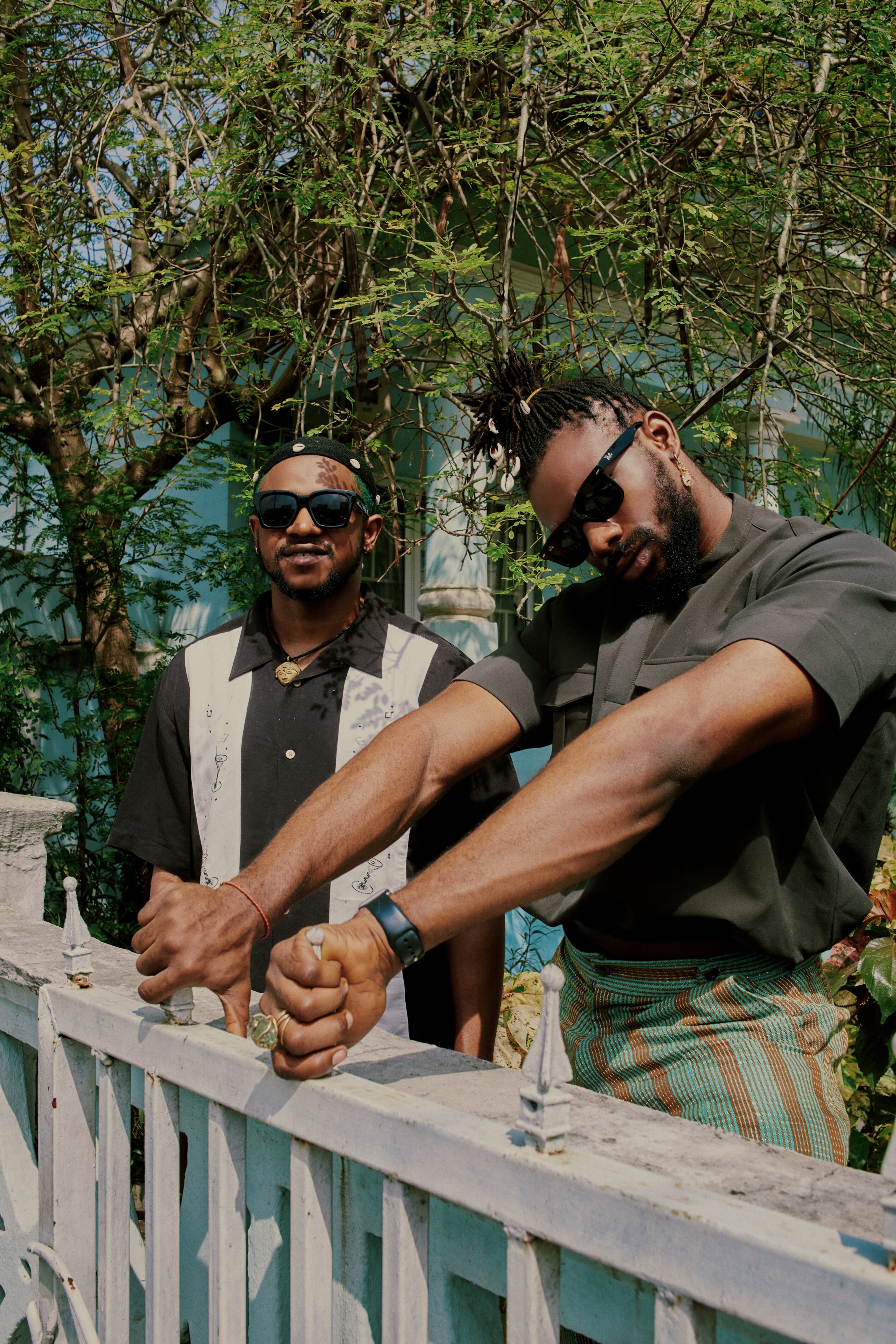 Kingsley and Benjamin James Okorie are brothers and bandmates in Nigerian highlife band The Cavemen.

Writer Ify Obi talks to Kingsley Okorie from The Cavemen about upholding the sanctity of highlife music, legacy plans, and why love is their message of choice.

“I’m pumped!” says 25-year-old Kingsley Okorie of Nigerian highlife duo The Cavemen when I ask him how he’s feeling. It’s unsurprising: following their official debut in 2020, there has been consistent cause for excitement for him and his brother (and bandmate) Benjamin James.

The duo has garnered critical acclaim, embarked on their first headline tour across major cities in Nigeria, played shows in Ghana and London, and built a fiercely dedicated fanbase. Yet what is most important to them is that they have successfully introduced a new generation to their contemporary form of 1950s Nigerian highlife music. “Now it feels cool to say that you are listening to The Cavemen. This level of recognition [for highlife music] would not have been the same a few years back,” says Kingsley over Zoom from “The Cave,” a nickname for the band’s home in Lagos, Nigeria.

Highlife is a music genre that merges local West African dialects and fusions with uptempo synths and elements of jazz, funk, and rock. Though it originates in 19th century Ghana, the nomadic style arrived on Nigeria’s music scene in the 1950s, swiftly joining Juju music as a prominent genre thanks to stars like Bobby Benson, Cardinal Jim Rex Lawson, and Roy Chicago. On the one hand, the sound formed a significant part of social life at the time due to its impact on nightlife culture. On the other, its increasing popularity paralleled one of the country’s most pivotal periods in history. Essentially, it was the soundtrack against which Nigeria’s revolution and evolution took place. 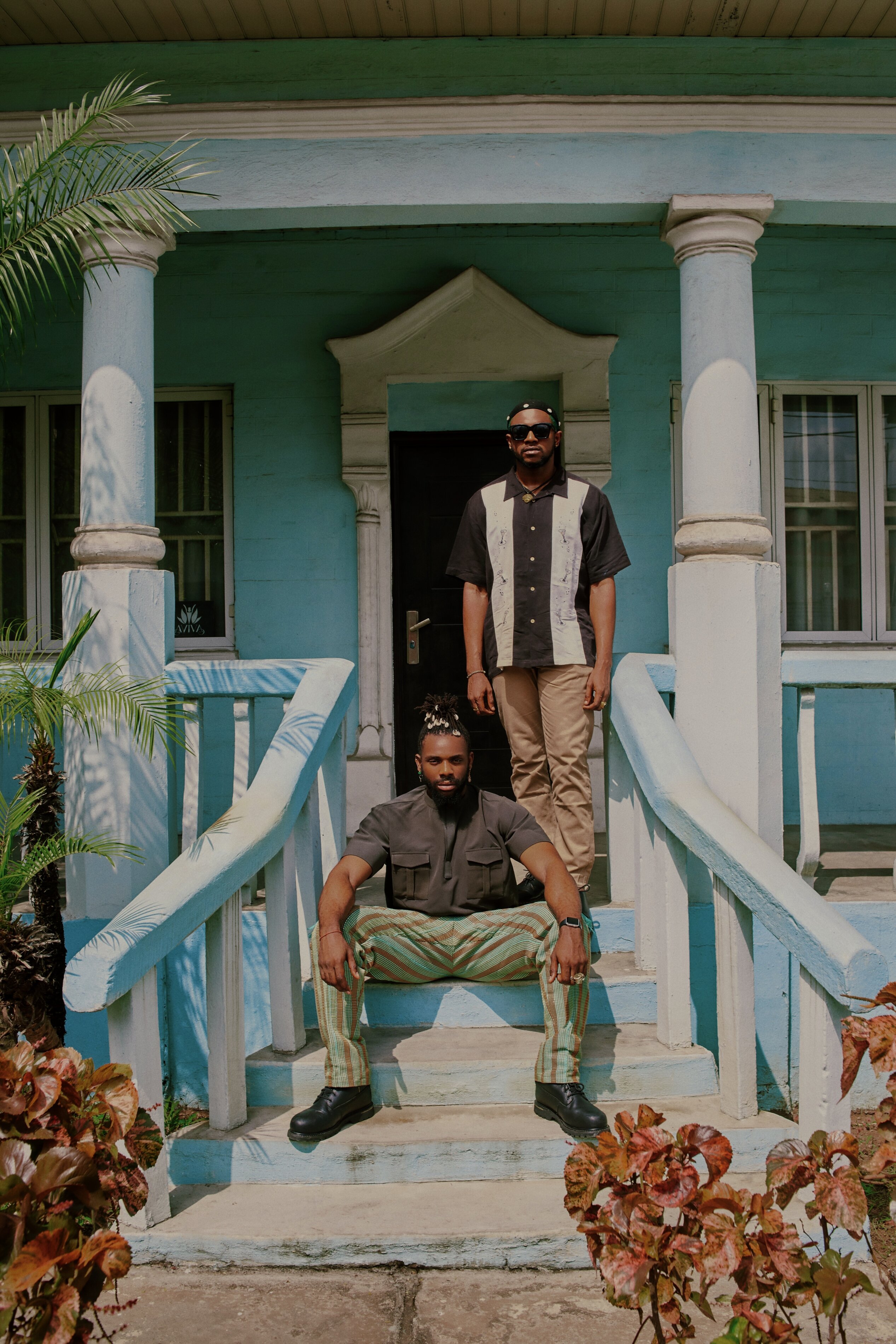 Amidst the dawn of nationalist sentiments and the clamor for independence, highlife music was a marker of hope. It was also the herald of optimism for the people of South-Eastern Nigeria on whose land the civil war (1967-1970) was fought, roughly seven years after the country gained independence from the United Kingdom. Musician Eddie Okwedy’s 1970 track ‘Happy Survival’ comes to mind. However, as time passed, so did the credence of the once-revered genre. That was, until the emergence of The Cavemen. “We want to remind the world of how truly special and deeply ingrained highlife is in our foundation as an African society,” says Kingsley, highlighting his band’s objective as the newest harbinger of highlife music. “We intend to uphold the sanctity of highlife music because it has always been there for us.”

Benjamin James is not present for our interview, but Kingsley speaks sufficiently for them both. “Music is natural to my brother and I,” he says. “It’s the language we have always known. It’s like second nature.” Like many artists, The Cavemen began their journey as starry-eyed kids in the church: it was where the brothers learnt to compose music and play instruments through the help of an older figure fondly referred to as Bro Chima. While Benjamin stuck with the drums, Kingsley turned his interest towards the keyboard and bass. “We experienced different styles of music from black gospel music to jazz and highlife.” Highlife particularly clicked. “It felt natural and comfortable,” he adds. The brothers, however, wouldn’t decide to make this their main focus until 2017, after they’d spent time experimenting with different sounds like pop fusion, jazz, and backing up other artists like COLORS alumnus Lady Donli. 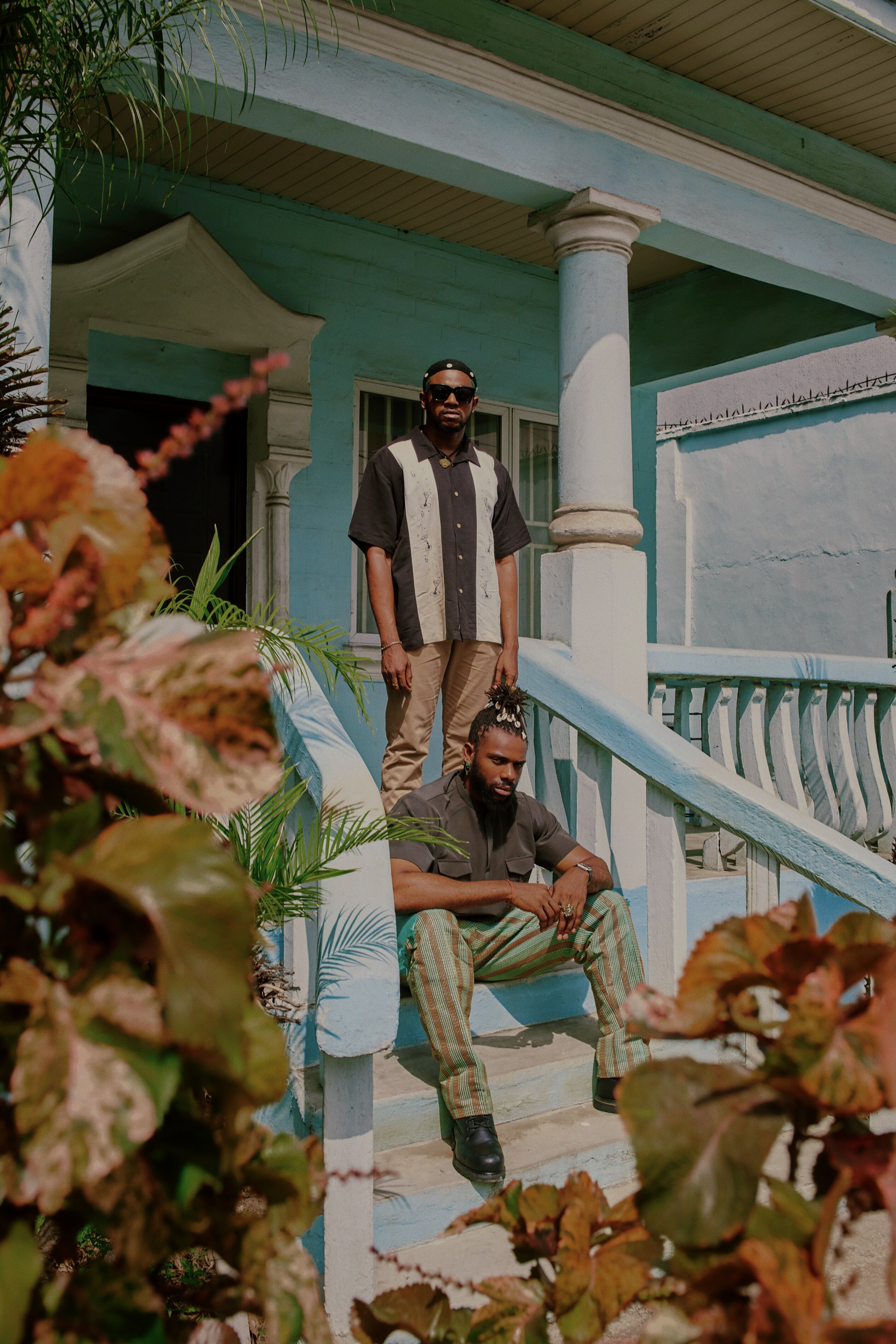 “We intend to uphold the sanctity of highlife music because it has always been there for us.”

In 2017, Kingsley composed The Cavemen’s first highlife song “Osondu” while he was a student at the Nigerian Law School. “[Shortly after], we played it during soundcheck for a show. Immediately, we felt a change in the atmosphere.” The audience’s reaction was the spark of encouragement the band needed to develop their sound further, a somewhat bold choice at the time as afrobeats’ dominance as Nigeria’s mainstream genre was unrelenting. On the radio, at parties, and even on street corners, the percussion-laden sound was the beat to which Nigerians moved.

In the summer of 2020, “Osondu” led The Cavemen’s debut collection of highlife songs appropriately titled ROOTS. A little over a year later, its follow up, Love and Highlife, dropped. Both albums are marked by interpolations of light-hearted and soulful rhythms backed by raspy vocals delivered in Igbo, the language of South-Eastern Nigeria. On their records, the duo offer didactic verses exploring the nature of life, the power of friendship, and the ideals of love, and much like music from highlife’s pioneers, their music has a joyous and optimistic quality. It is this essence that has placed The Cavemen (and highlife) in the hearts of a younger generation of Nigerians who are looking to ease their spirits in the face of the sometimes harsh realities of everyday life in the country. “As artists, it’s our place to not only reflect but to influence our society positively,” says Kingsley. By tapping into highlife, the duo seeks to create the rhythm of a new revolution. Love is their message of choice because “love is so important. Love is what the world needs at the end of the day. It’s by learning to love others nearly as much as we love ourselves that change begins.” 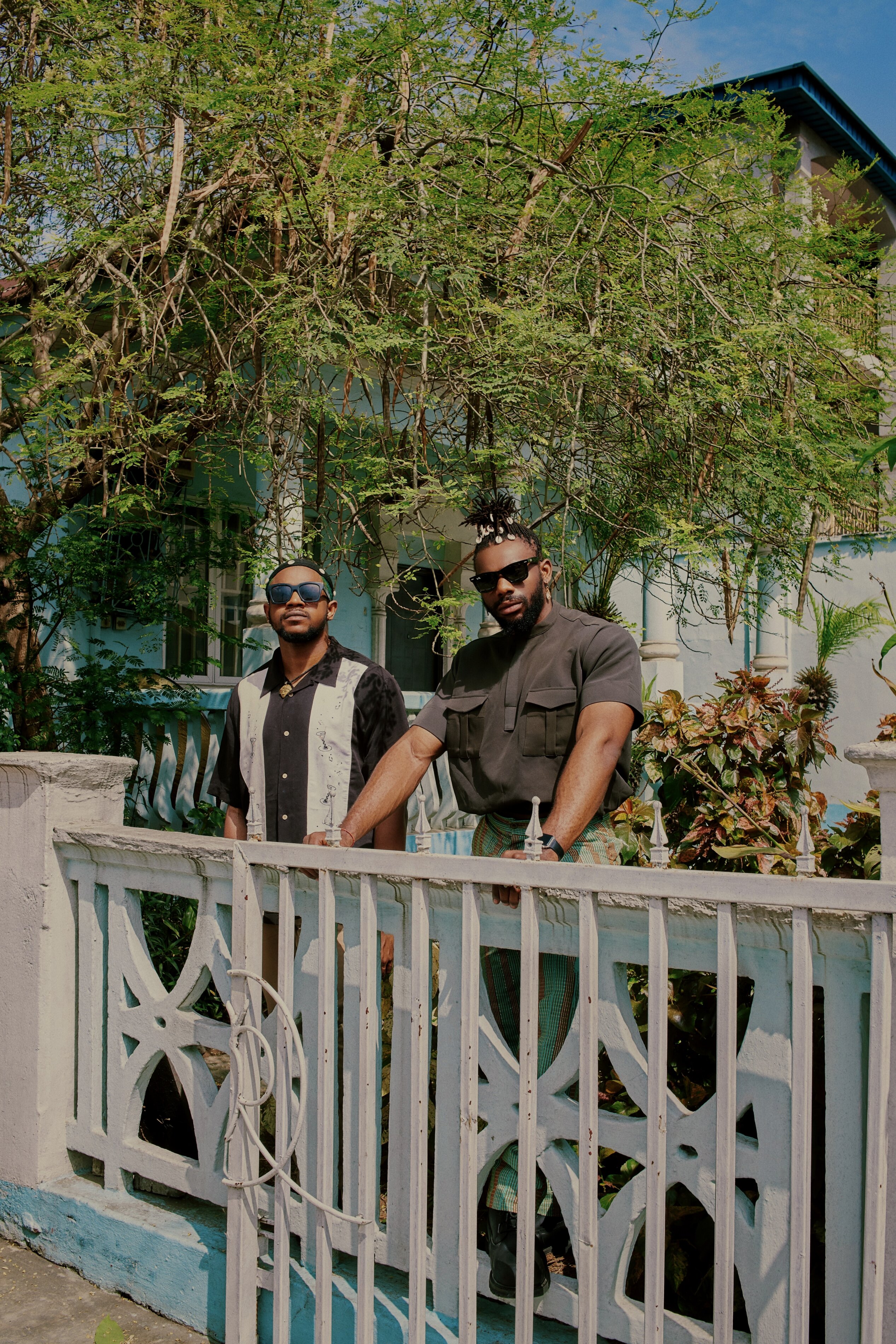 “As artists, it’s our place to not only reflect but to influence our society positively.”

This attitude strongly informs the duo’s direction and process, and is evident as I observe a recording session in “The Cave”: each chord is intricately thought out, and every vocal layer is purposefully placed in a bid to create a sanguine effect on its listeners. “I actually like it when people are happy,” Kingsley notes. Sometimes the songs come to Benjamin in his dreams, perhaps on account of a spiritual connection to highlife’s past life. One such song is ‘Selense’, the lead single of Love and Highlife. “The music has to feel good to us first. We then think about how to translate that feel-good effect to other people,” Kingsley adds.

Ultimately, The Cavemen hope to bring this effect to the rest of the world as their primary goal is “for highlife to become a global sound. Everything we are doing right now is for the posterity of Nigerian music. It goes without saying. You can’t play the infinite game without having a legacy plan.”

The Cavemen are a highlife band based in Lagos, Nigeria made up of brothers and bandmates Kingsley and Benjamin James Okorie. To listen to their music, head over to Spotify, or stay up to date with their work by following them on Instagram.

This article was written as part of COLORS’ editorial coverage in line with a recent production period in Lagos, Nigeria in Spring 2022. Head over to our YouTube channel to watch the shows we produced with Nigerian artists, or to our editorial platform to read more articles such as this interview with fashion designer and IAMSIGO founder Bubu Ogisi, or this feature on the Lagos skate scene.