&#8220;Something to move your whole body to&#8221;: An interview Brazilian funk MC, MC Dricka
Editorial
Bag

“Something to move your whole body to”: An interview Brazilian funk MC, MC Dricka 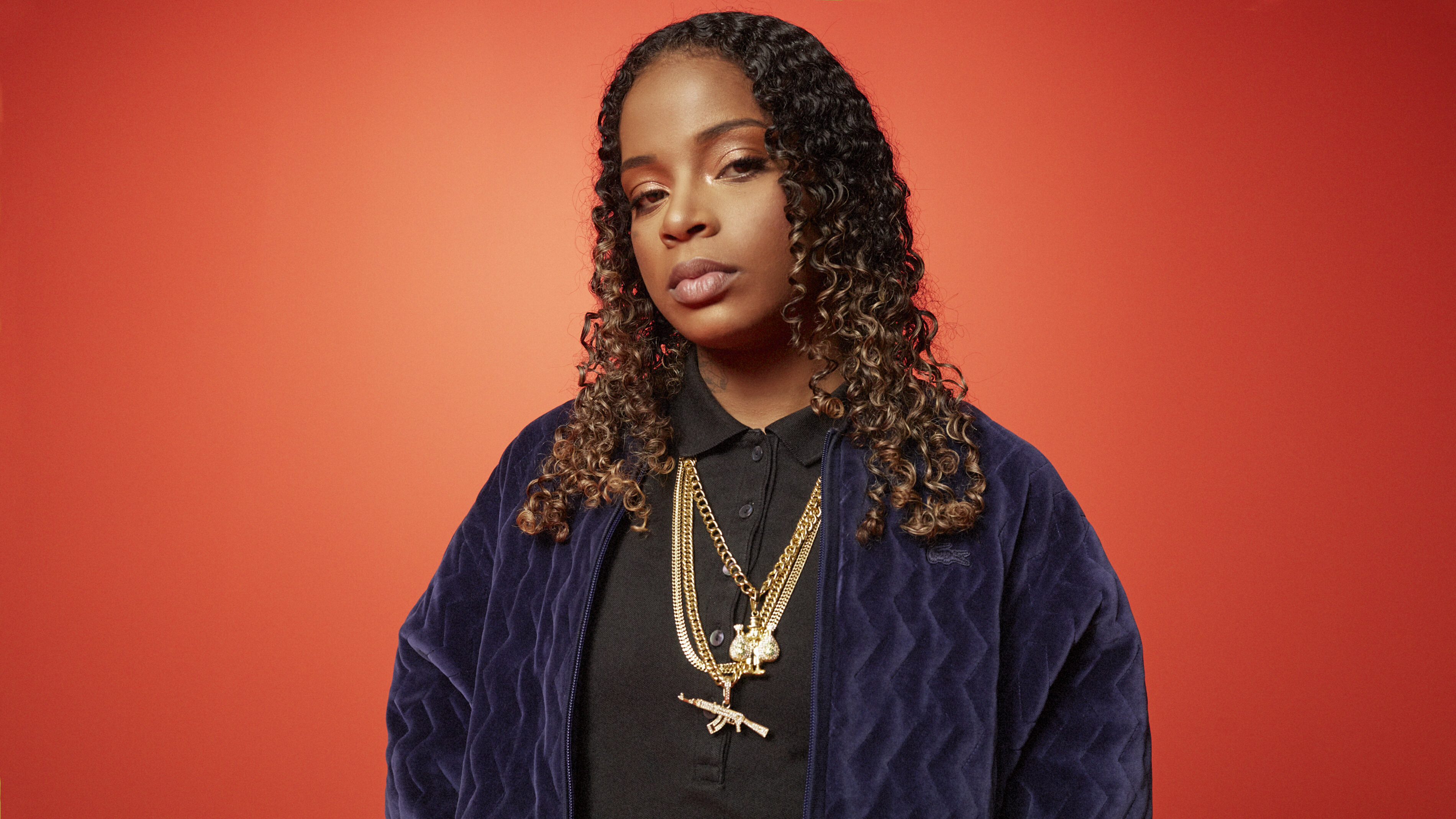 Brazilian funk is a musical rhythm mixing the American electronic funk of the 1980s with the most diverse influences of Brazilian music. Performed at wild parties, the scene is largely male dominated and many of the lyrics in songs are regarded as shockingly misogynistic. Despite this, various female funk MCs and DJs are emerging, reclaiming the genre and inspiring a new generation of independent Brazilian women. We talked to four of them to find out more about what funk means to them.

After our first interview in the series with Tasha and Tracie Okereke, next up is Sao Paulo-based MC Dricka. Described by many as the biggest female MC currently on the Brazilian funk scene, Dricka spoke to us about how the genre helped her overcome her shyness, singing about women’s pleasure, and her wish for funk to become a more mainstream musical style. Read the full interview below, and also make sure to check out her recently released COLORS show.

COLORS: How would you describe Baile funk to someone who hasn’t heard it before?

MC Dricka: Baile funks—the name of both the musical genre and the parties where it is played—are places where you can be yourself. You can meet a lot of different types of people at these parties because they are free to attend. They’re places for happiness and for dancing. Dancing is what funk is all about.

COLORS: Can you remember the first time you heard funk or went to a Baile funk party? What was the experience like?

MCD: I was introduced to funk by some school friends. It amazed me. I loved the beat and how it made me want to move. Funk is different to hip-hop. Hip-hop only makes you want to move your head and arms, whereas funk is something you move your whole body to. I never used to like dancing because I’m quite a shy person. This all changed when I started listening to funk.

COLORS: When did you decide to make your own funk music?

MCD: There’s a holiday in Brazil on 12th October called the day of the children. One year during this celebration, I went to an event in my community where a lot of MCs were performing. I thought it was amazing, especially when I realised that most of the singers were around the same age as me. I decided to go backstage to meet them. When we got talking, they invited me to be part of Liga do Funk, an association in Sao Paulo giving free music classes and focusing on artistic development. This was where I learnt how to write music, how to sing, and how to perform on a stage. This was the beginning of the MC Dricka everyone knows today.

COLORS: Funk is often referred to as a male dominated music scene. Were there many female MCs that inspired you when you started out?

MCD: There were a few that were becoming big, like LUDMILLA. There was also Tati Quebra Barraco, MC Carol, and MC Marcelly. These women were my reference. 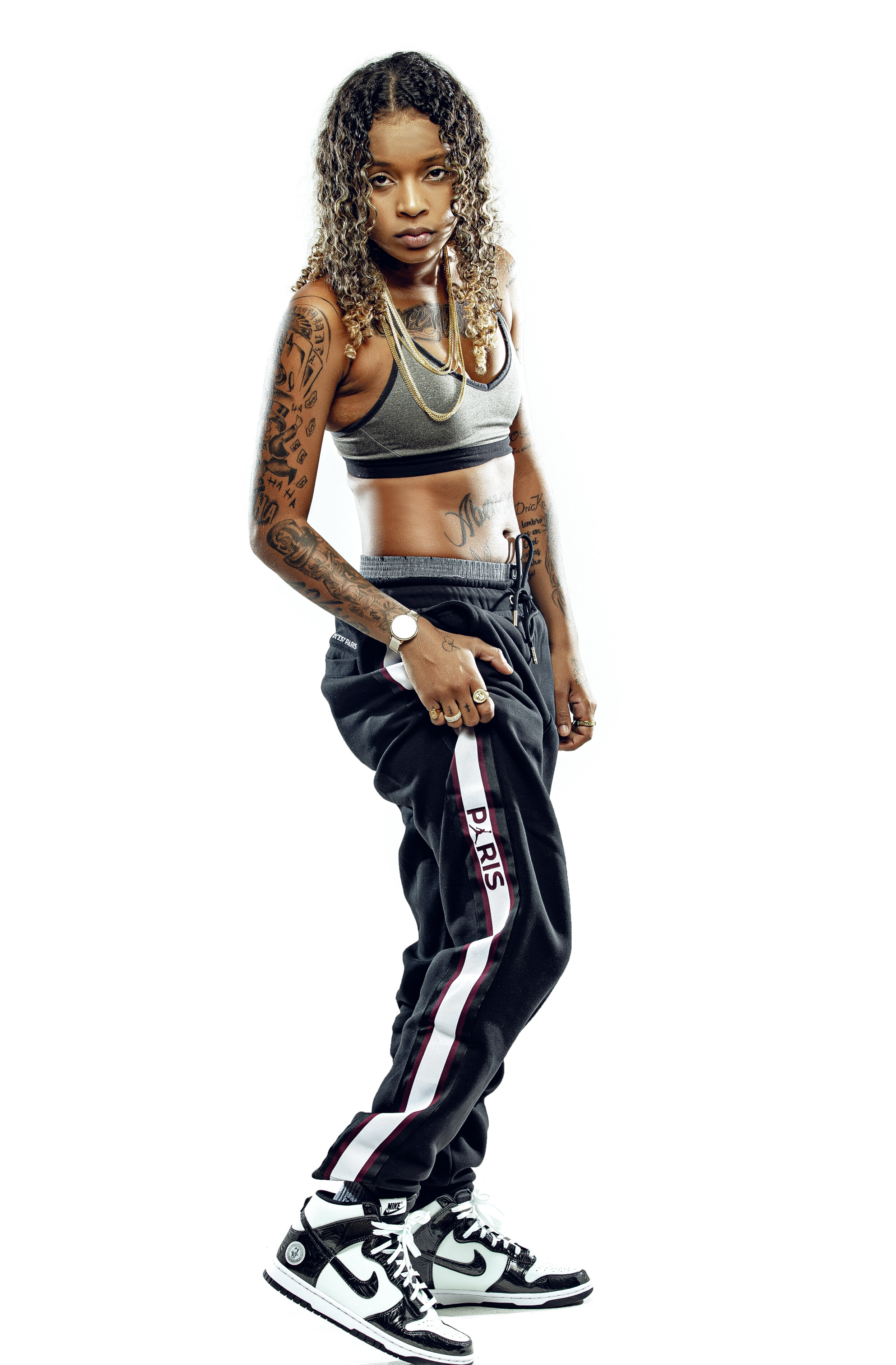 "Funk is something you move your whole body to." 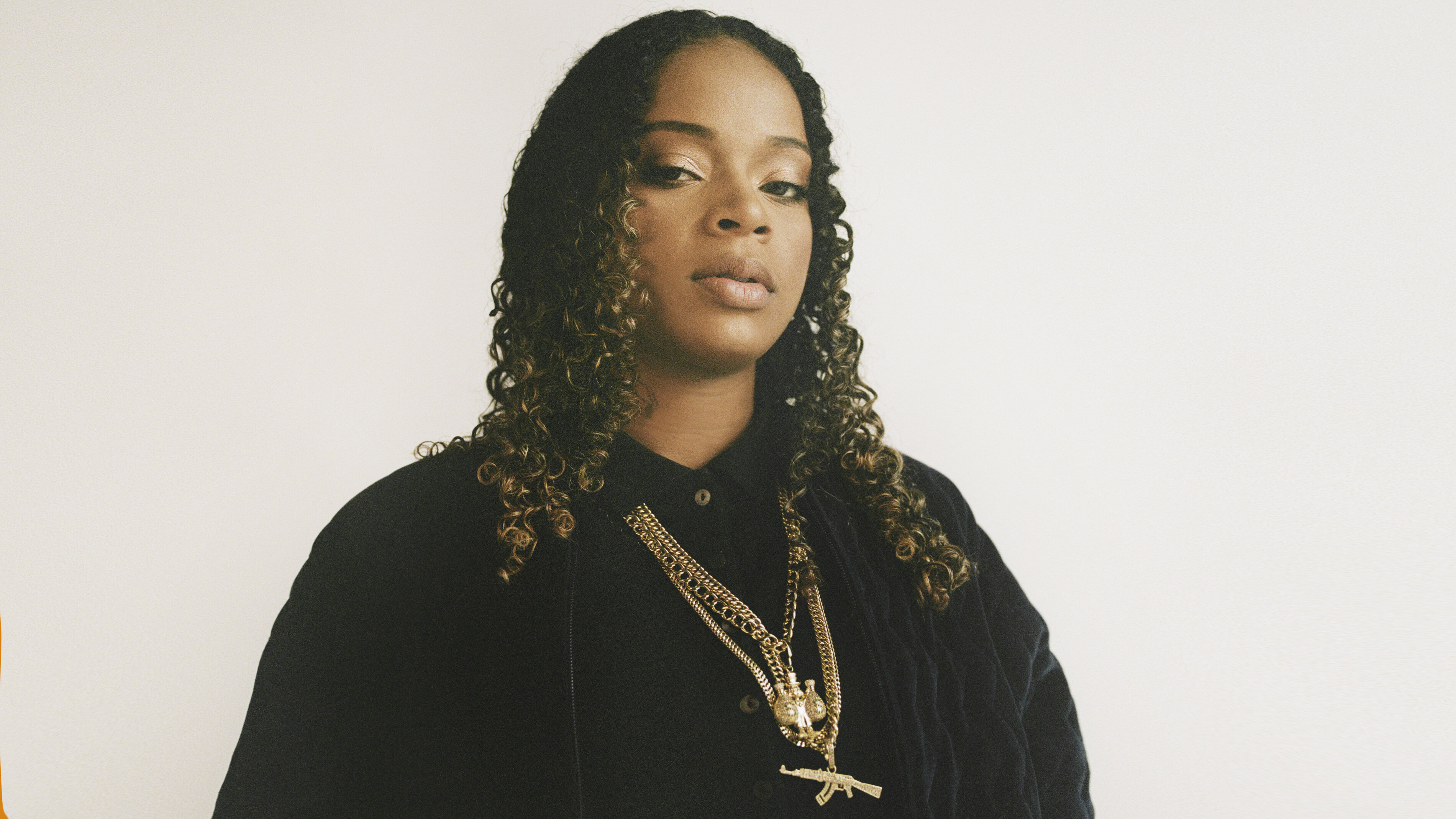 COLORS: Funk is known for many of its lyrics being very sexist and objectifying towards women. What is your experience of this? How do you approach the lyrics in your own music?

MCD: Male funk artists sing about their own pleasures, whereas I sing about women’s pleasures and what they like to do. But I don’t just talk about pleasure: I also sing about people having the freedom to do and be what they want.

COLORS: Do you have any favourite lyrics from your songs that are a good example of this? Or that you particularly like to sing?

MCD: I have one track called ‘Charme que é da hora’, which is all about the fact you can be proud to be yourself. There’s also ‘Vai fazer Carão‘. It kind of tells the story of seeing a guy at a party and telling him that, even if he’s angry about it or doesn’t like it, you’re never going to fuck him again.

COLORS: What message do you want to send with your music? Do you want to be a role model for other women and girls in Brazil?

MCD: The resounding message in all of my music is that you should be free to do whatever you want. You’ve got big dreams? Why not? Keep dreaming! You don’t have to be in any situation that you don’t want to be in. My music is about saying yes when you want to and saying no when you want to. I also talk a lot about being a single mother: a lot of girls here in Brazil are. I’m not myself at the moment, but I feel like I’m kind of in training: my girlfriend has a three-year-old son called Leonardo, and I used to look after my brothers a lot too.

COLORS: You’re now one of the biggest female MCs in the funk scene. Did you struggle to get your voice heard at first?

MCD: In the beginning it felt like the market’s doors were closed to me. They didn’t recognise me as a funk face because I’m a Black, LGBTQIA+ woman from the favela. I’m completely different to the other big funk artists who are usually very white and normative. I wasn’t completely alone—I had friends supporting me and helping me to continue and keep fighting—but I was very lonely. At the same time, this period of time was very valuable. Everything I’ve experienced, and every choice I’ve had to make has taught me so much. I was my own manager for two years which was a big learning curve. Now I have another manager which I’m super happy about.

“Male funk artists sing about their own pleasures. I sing about women’s pleasures and what they like to do.” 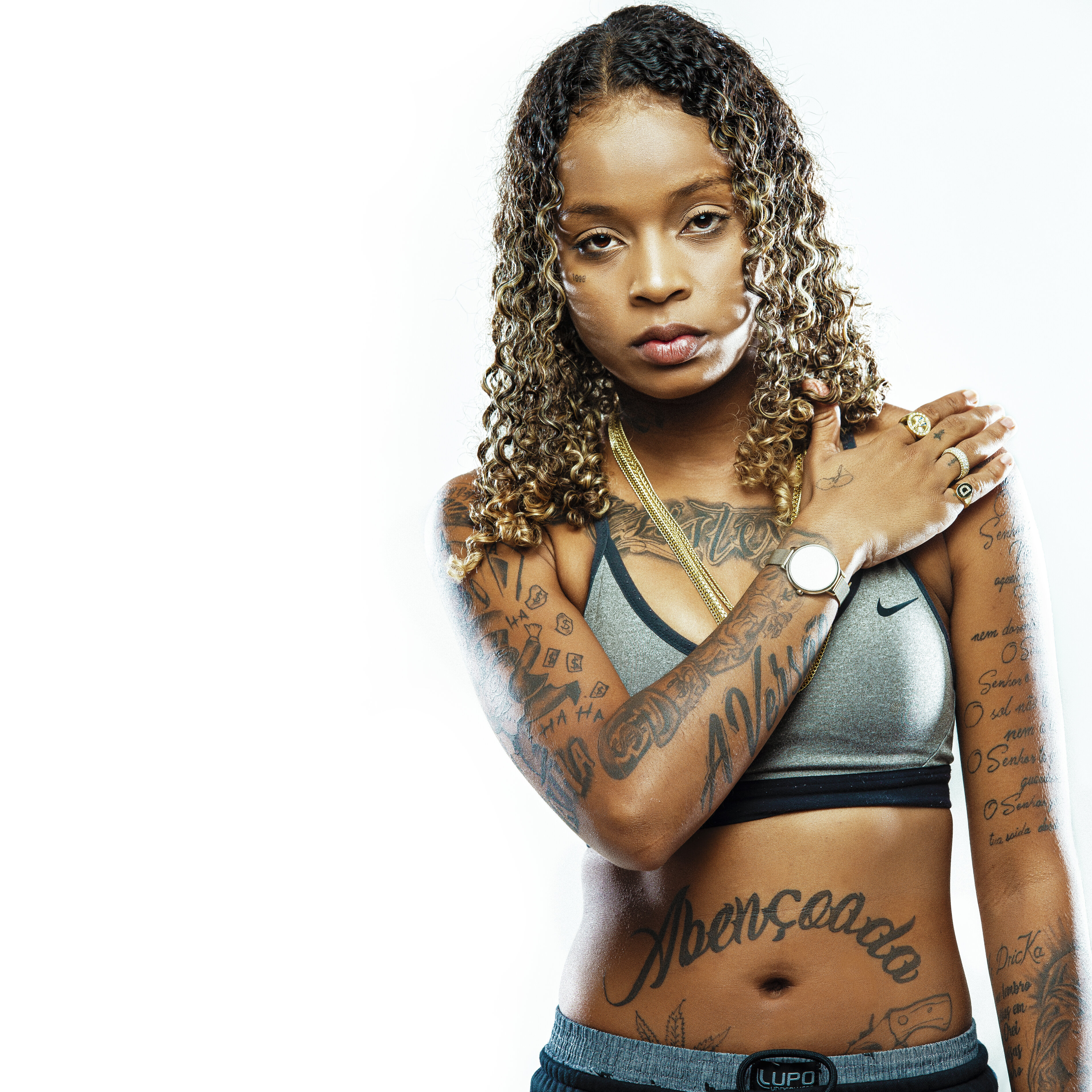 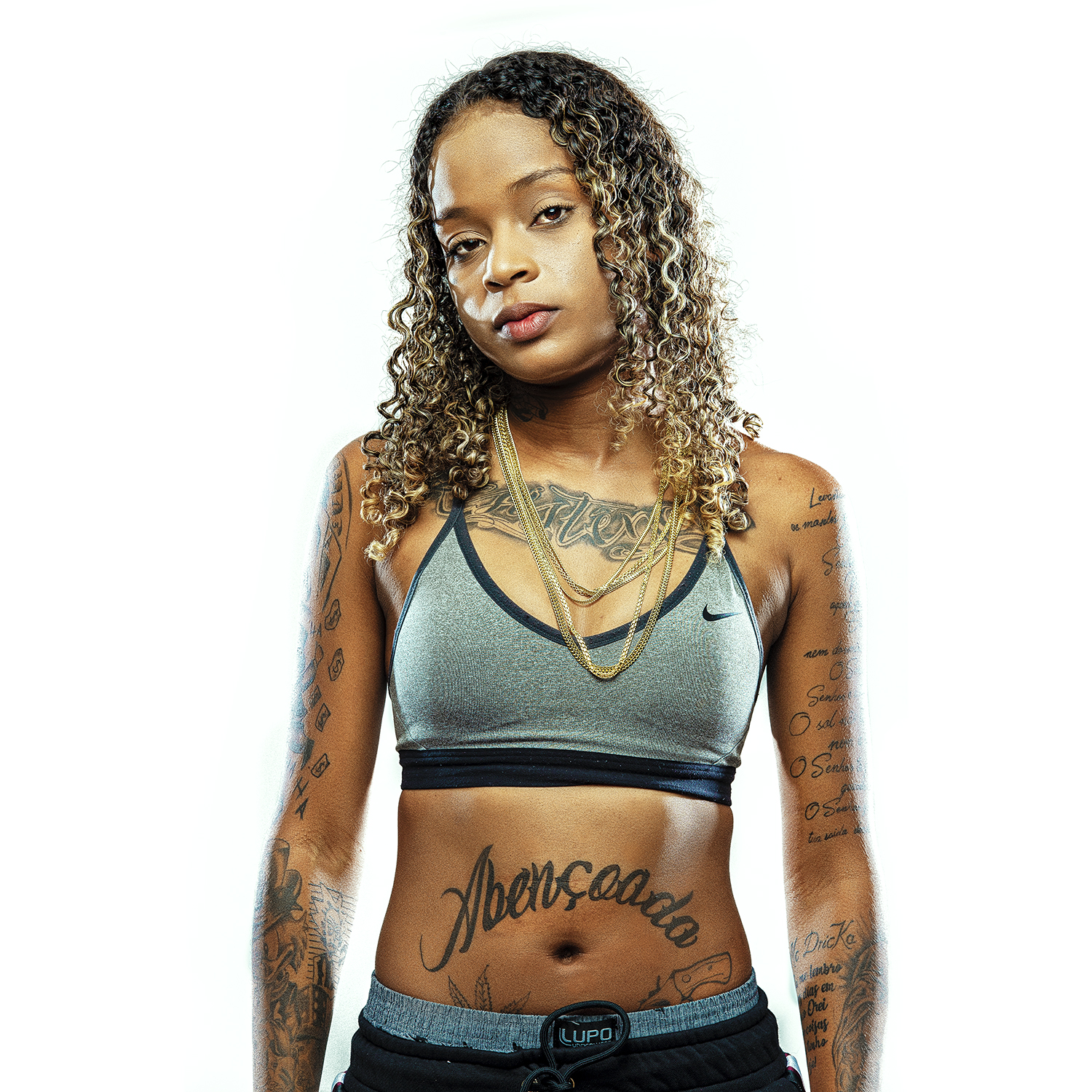 COLORS: Talking of support, are women in the baile funk scene very supportive of each other?

MCD: Not really. I’m pretty young and fresh on the scene: I only exploded around four years ago. I don’t really understand why other women in the industry weren’t very welcoming. Sometimes people invite other artists to join them on a track for a feat. or to do a collaboration, which is nice but it’s quite rare. It’s completely different in the men’s scene. when a male artist sees a new young MC appear they are very quick to invite them to their concerts and to ask them if they want to collaborate.

COLORS: Perhaps because the women have worked so hard to get where they are, and because they know there are only very few female MCs on the scene, they’re worried that someone is going to take their place in the spotlight?

MCD: Big American artists like Cardi B and Nicki Minaj have their differences, but they still do loads of collaborations. Why does it have to be any different here in Brazil? I think that there’s space for everyone in funk. it doesn’t make sense to me that bigger MCs don’t encourage mid-career or emerging artists.

COLORS: Are there any specific female artists you’d like to collaborate with?

MCD: Nikki Minaj and Beyoncé for sure! In terms of Brazilian artists, I’d love to work with Anitta. She’s opening doors and bringing funk music to an international audience. She’s also incredibly professional and manages her own career. I find that very inspiring. One male artist I’d like to work with is Matuê. He’s a rapper and is bringing a really fresh sound to Brazilian music.

“There’s space for everyone in funk… it doesn’t make sense to me that bigger MCs don’t encourage mid-career or emerging artists.”

COLORS: Do you have any new projects coming up in the near future that you’re excited about?

MCD: I’m actually beginning to branch out and have started to make trap music. I’ve been working with Yunk Vino on a trap single, and I want to bring out some more tracks in the future. I love trap beats. I used to sing rap, which is quite similar in style. I’m also working on a film project with my label that I want to release next year. It’s called ‘Rainha dos Fluxos’, which means “queen of the flows.” It’s going to be a documentary series about my life and the funk scene. I want it to be free to watch but I’m not sure how it will work yet.

COLORS: What are your hopes for the future? For yourself and the funk scene in general?

MCD: I want funk to become more mainstream and recognised in the music industry, for it to be another genre just like pop, blues, or jazz. At the moment it feels like it’s marginalised. I hope that all funk artists will have the opportunity to build massive careers for themselves, just like other musicians. 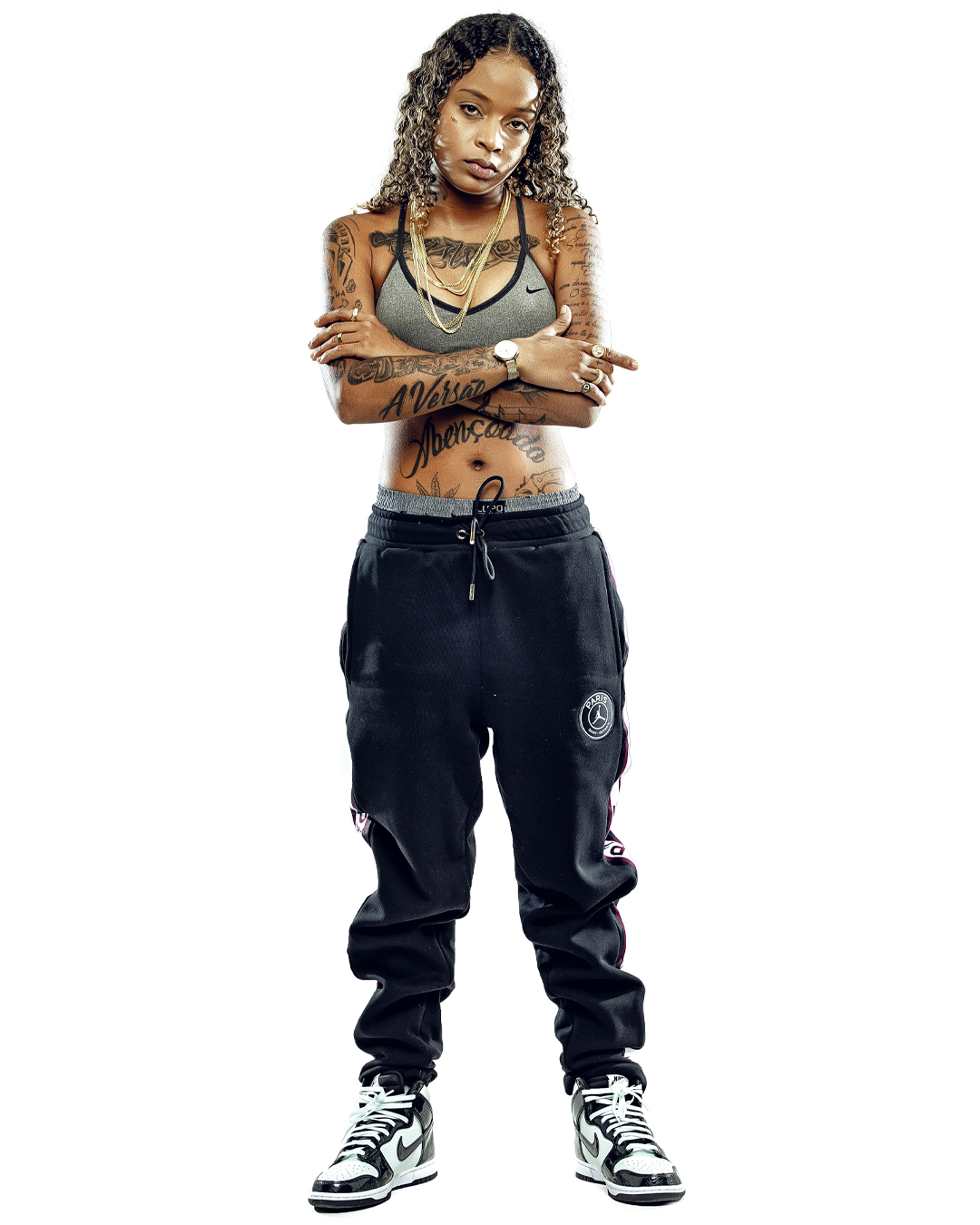 MC Dricka is a Brazilian funk MC currently based in Sao Paulo. Make sure you watch her COLORS show on our YouTube channel, or follow her on Instagram or Spotify to stay up to date with her work.

This interview was published as part of a series on female MCs and DJs in the Brazilian funk scene. Read the first interview with Sao Paulo-based twins and MCs Tasha and Tracie Okereke here. You can also discover more of COLORS’ Brazil coverage on our editorial homepage, such as this interview with Erika Hilton, the first transgender councilor to be elected by the city of Sao Paulo in 2020.