&#8220;A chance to change our lives for the better&#8221;: An interview with funk DJ Iasmin Turbininha
Editorial
Bag

“A chance to change our lives for the better”: An interview with funk DJ Iasmin Turbininha 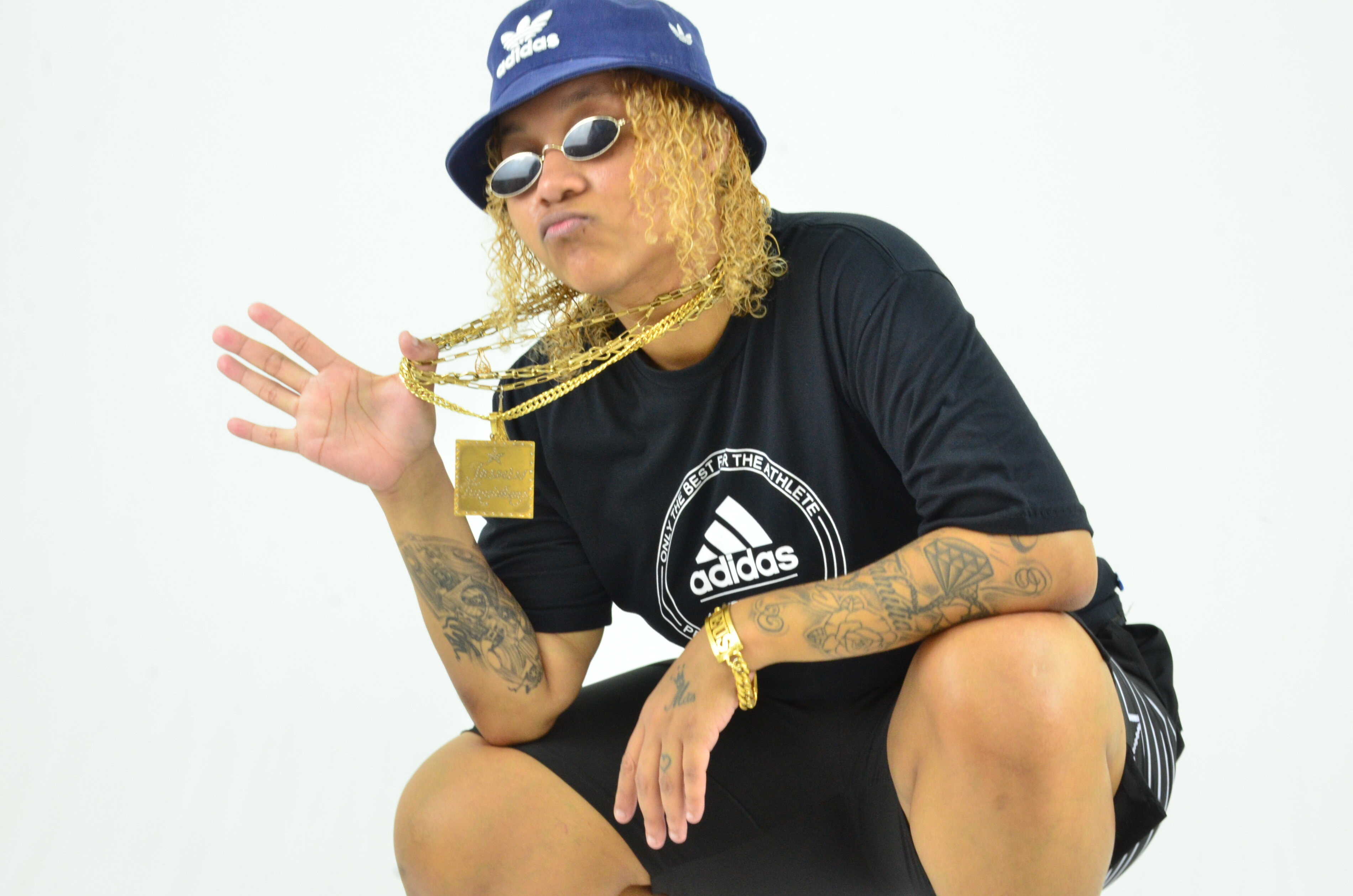 Iasmin Turbininha is a funk DJ based in Rio de Janeiro, Brazil

Brazilian funk is a musical rhythm mixing the American electronic funk of the 1980s with the most diverse influences of Brazilian music. Performed at wild parties called baile funks, the scene is largely male dominated and many of the lyrics in songs are regarded as shockingly misogynistic. Despite this, various female funk MCs and DJs are emerging, reclaiming the genre and inspiring a new generation of independent Brazilian women.

We talked to three of them as part of an editorial series to find out more about what funk means to them.

While our first two articles focused on São Paulo-based MCs Tasha and Tracie Okereke and MC Dricka, for our final feature we turned our gaze to Rio De Janeiro and spoke to dynamic funk DJ Iasmin Turbininha. Read our interview with her below to find out more about the differences between funk in Rio and São Paulo, the BPM revolution, and how her community has fought to keep funk alive in the face of prejudice.

COLORS: When did you first start listening to funk?

Iasmin Turbininha: Funk has been part of my life since I was a kid. I used to listen to it with my mum at parties in my neighbourhood. I think the first time I went I was eight-years-old. My mum passed away when I was eleven, and I felt quite lost, like I didn’t have any purpose anymore. funk gave me the power to carry on.

COLORS: When did you decide to start making your own funk music?

IT: One day I went to my friend’s studio and watched him create a track from start to finish. I was amazed how, in only three days, he could create something that could then be played to thousands of people. So I started going to more parties in my city, like Baile da Penha, Baile da Mangueira, and Baile Nova Holanda, and learning how to create tracks myself. In the beginning I didn’t have a phone, so I had to go to a lan house—an internet cafe—to be able to use a computer. Eventually, I decided to work there so that I could download the programmes I needed to produce music. This was around 2015. My first concert was in a neighborhood called Osvaldo Cruz. I was amazed because loads of people wanted to talk to me and take my picture. It was then that I realised I wanted to do this for the rest of my life. 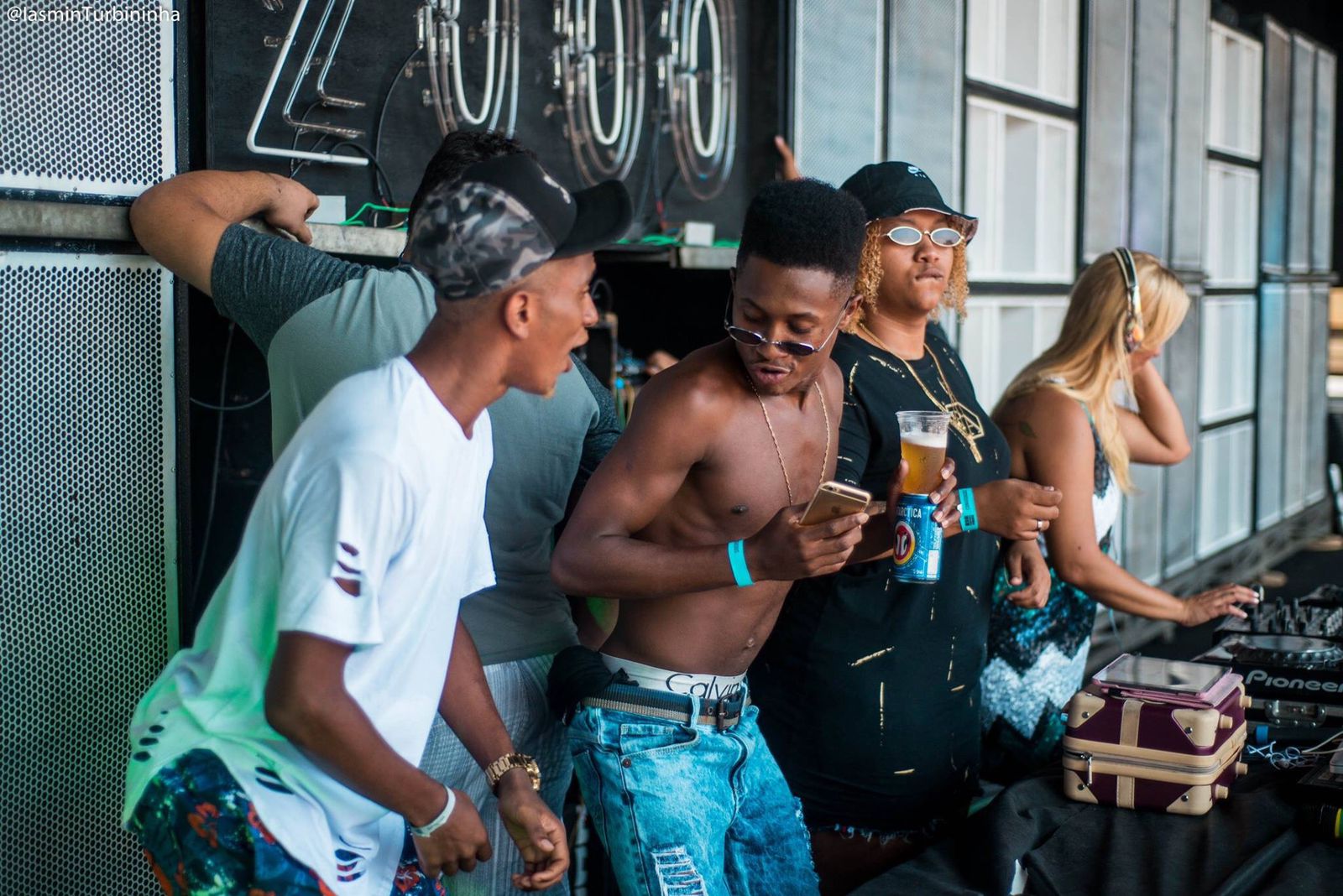 “It was like a fever: people were dancing all night and into the next morning, shaking their bodies uncontrollably.” 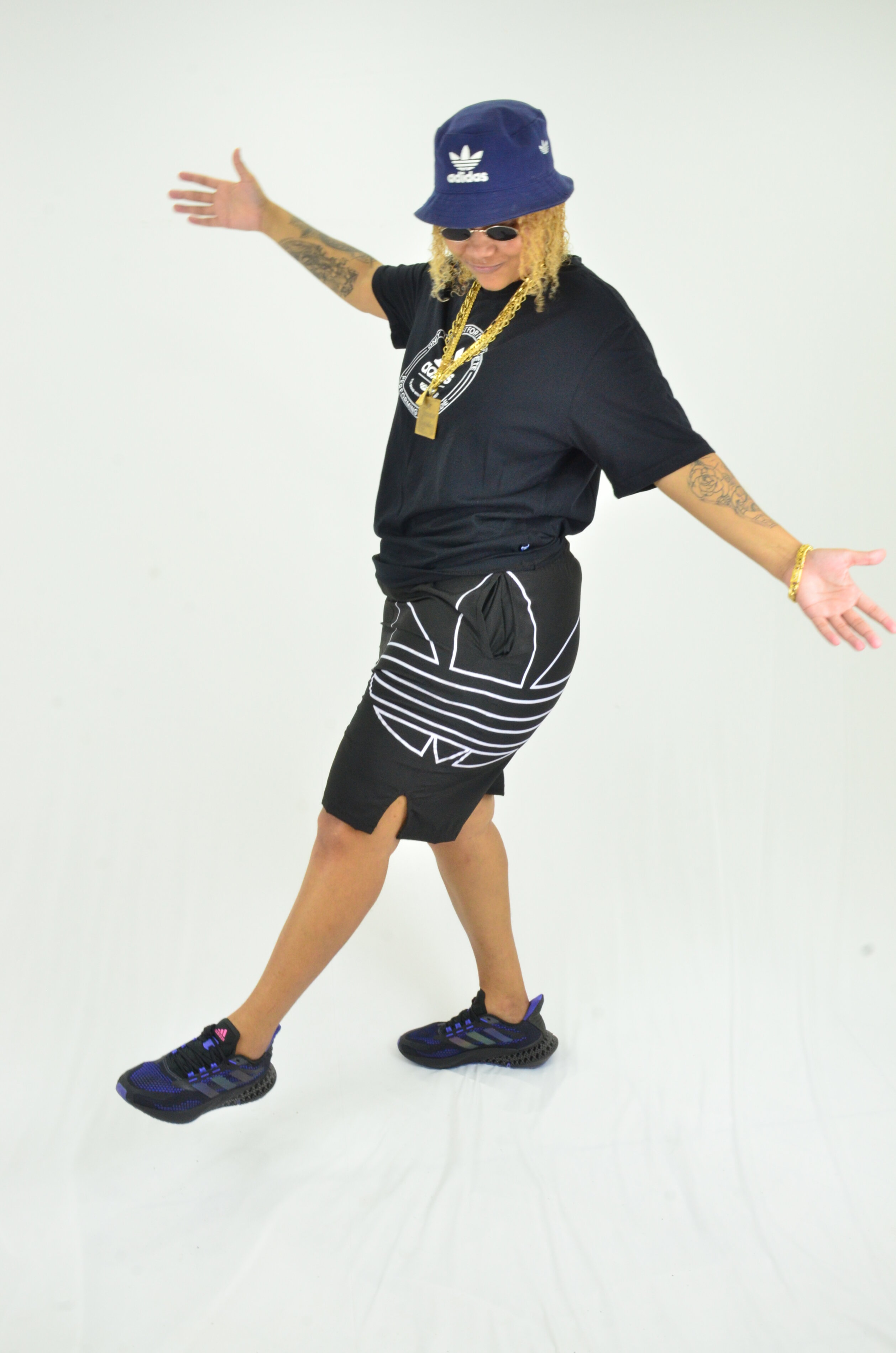 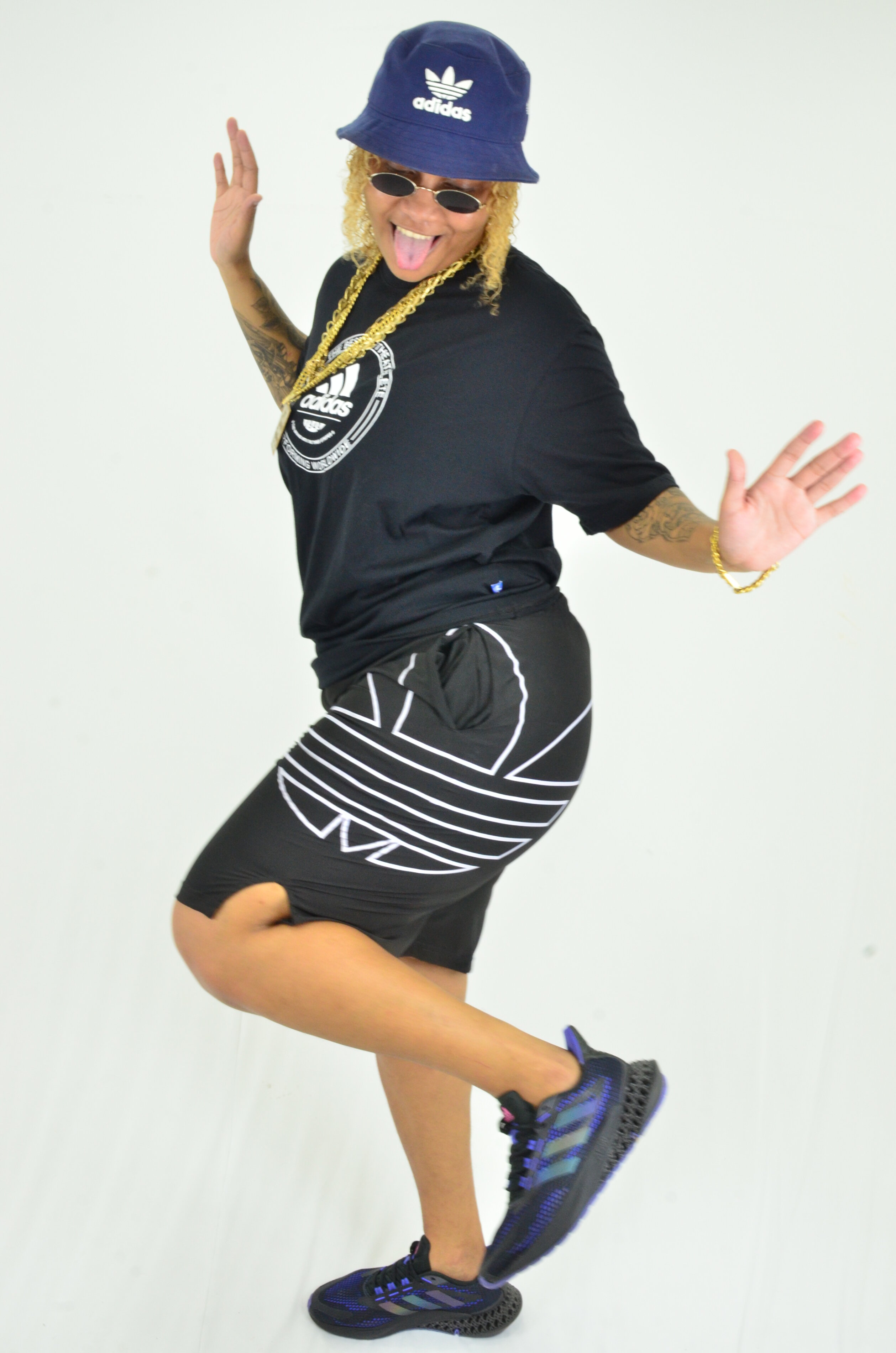 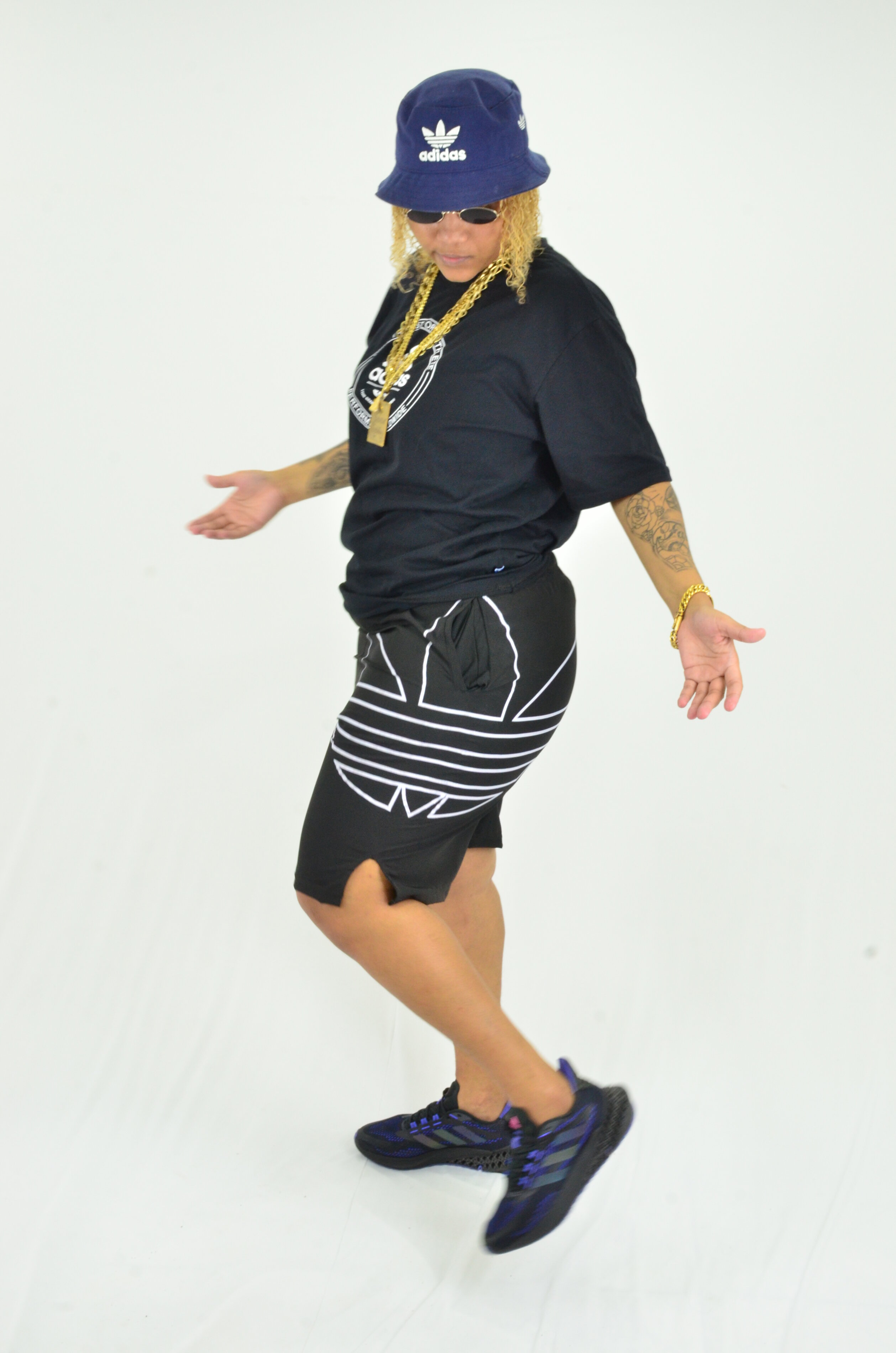 COLORS: How does funk in Rio differ from funk in São Paulo?

IT: There is a big difference! In São Paulo, people just park their cars in the streets, open the doors, and play music on their stereos for people to dance to. In Rio, you have to go to the outskirts of the city, to the favelas, to listen to baile funk at very structured parties. There’s this one party called Baile Da Disney that is hosted in an old football field. It’s now been built up to look like a massive park that looks like Disney World! Contrary to what some people think, the money for the parties doesn’t come from the traficante—gangs and drug dealers—but from barraqueiros, independent shopkeepers in the neighbourhoods where the bailes take place. They’re really built by and for the community.

Rio is also famous for being the home of the BPM revolution, which started at Baile Nova Holanda in 2016. DJs started playing their music at 150BPM, which was a big jump from 130BPM. It was like a fever: people were dancing all night and into the next morning, shaking their bodies uncontrollably.

COLORS: You were one of the people that helped develop this revolution, right?

IT: Yes, I was involved. In the beginning, the older DJs didn’t like it. They thought that we were killing the music. DJ Polyvox was the first DJ that actually started producing in 150BPM: there is a huge difference between this and just altering a pre-made track on an iPad or CDJ, which makes the lyrics sound like they are sung by squirrels. He also created a video explaining how to produce in 150 which helped a lot of new producers. Around this time, I started my own YouTube channel to share my work. Now, the BPMs have increased even more and we’re producing music in 170! 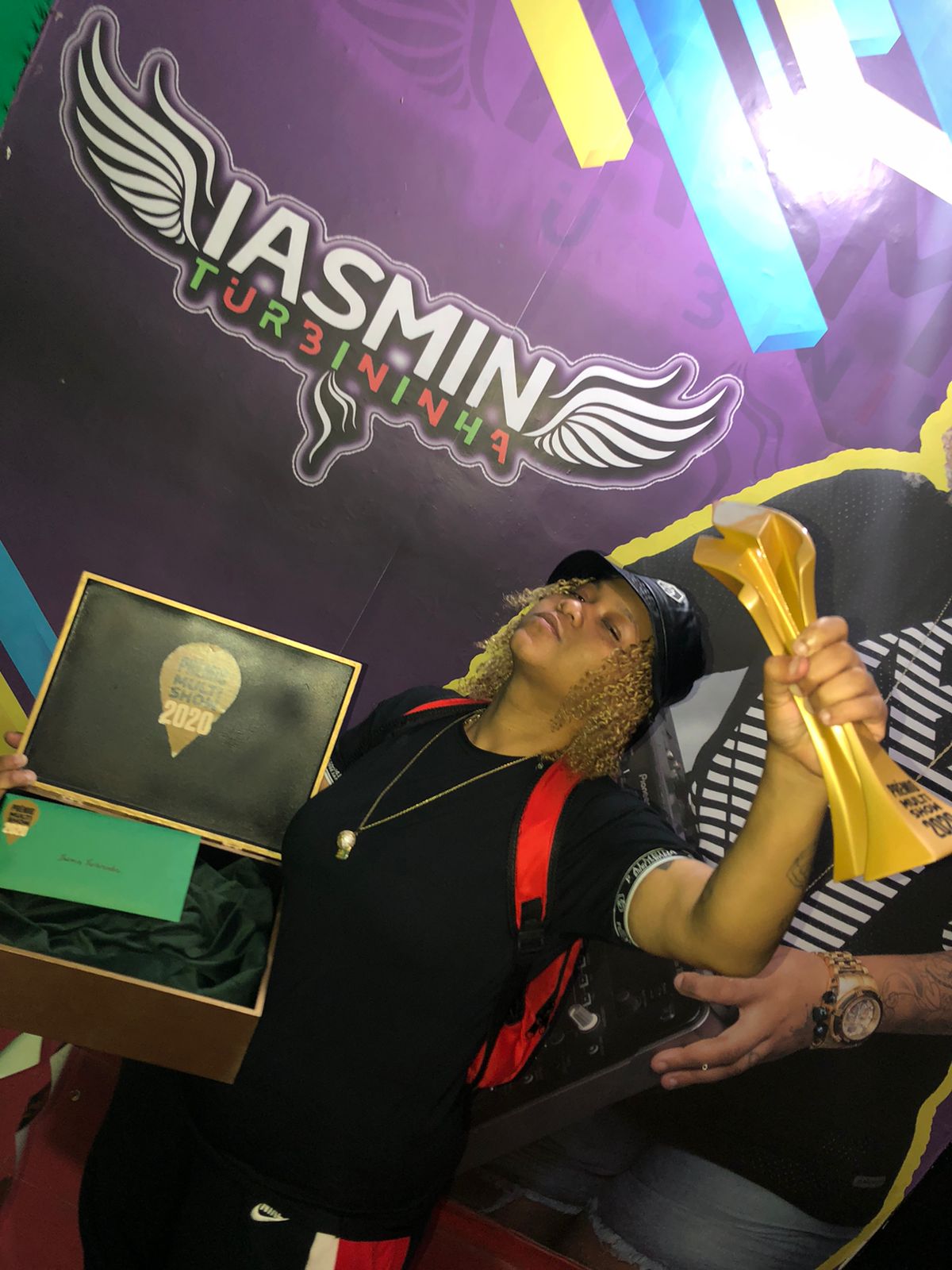 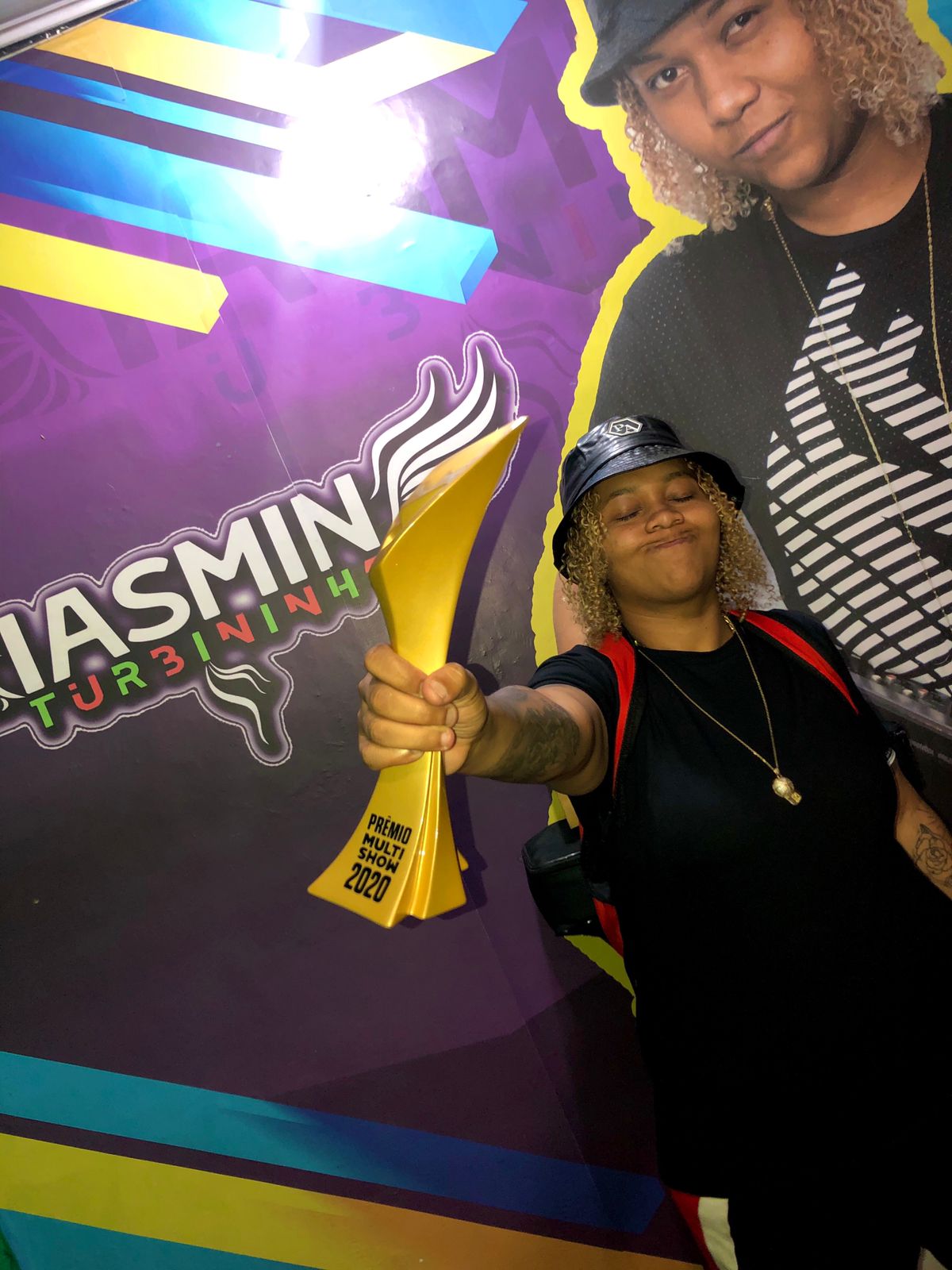 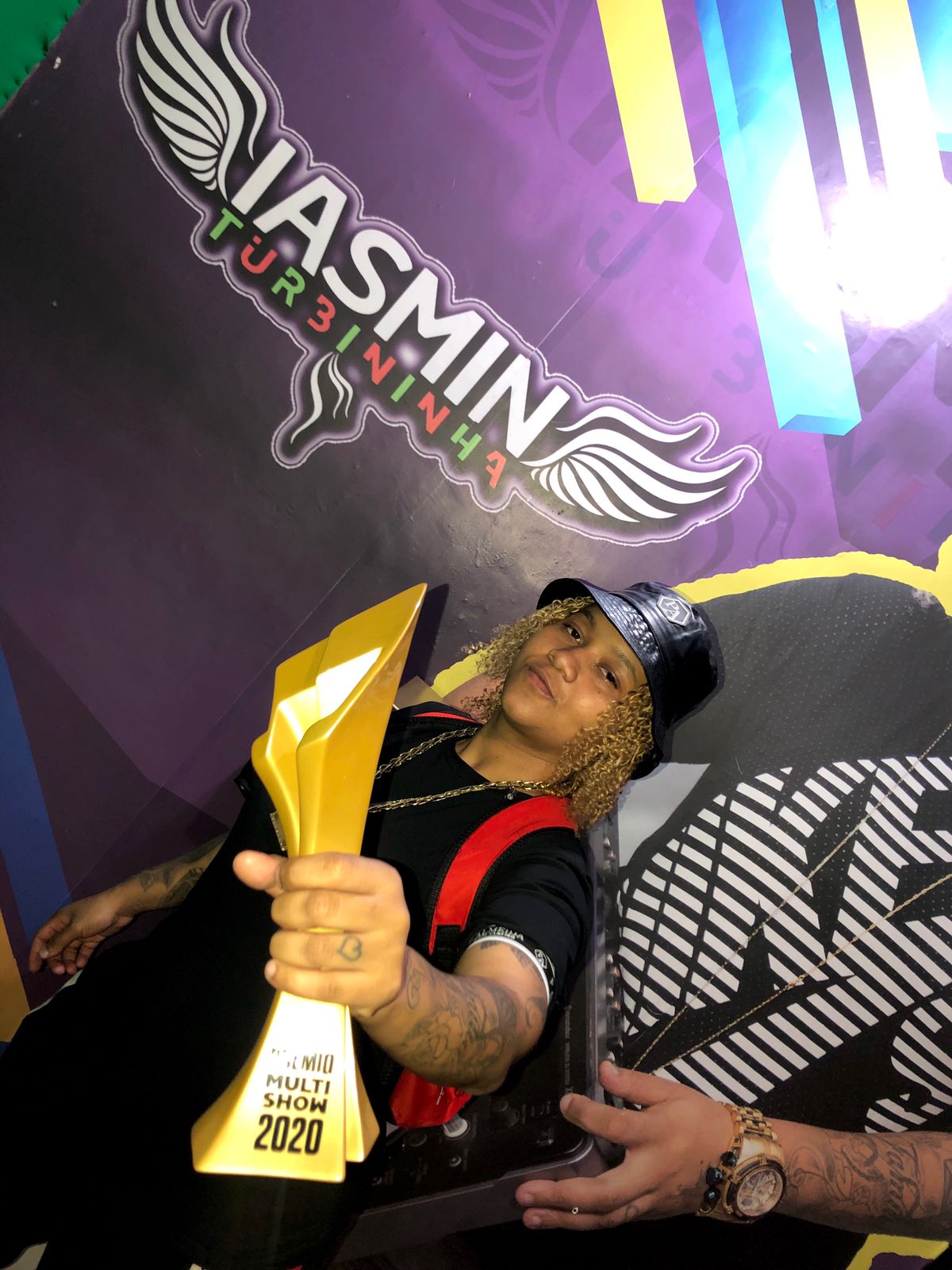 COLORS: What’s it like being a female DJ in the funk scene?

IT: Funk is really chauvinistic. It’s more common to see female MCs than DJs. There are a lot of things that have made it hard for me as an artist: I’m one of the first DJs from the favela, I’m a Black woman, and I’m LGBTQIA+. My sexuality was really questioned in the beginning.

COLORS: Are there any other female funk DJs that inspire you?

IT: There used to be no one, but there are more now. I really admire DJ Kathy Maravilha and DJ Ingrid. Some people even tell me that they became DJs because of me. It’s so beautiful that I’m inspiring others. I feel very proud that I’ve managed to make it work despite various challenges. I’ve had a lot of support from my friends, especially JJ, my producer. He helped me to realise how much my work is worth so that I can make a living from music. at first I had to work three jobs to support myself. This said, I don’t have a manager. There is no man behind me, I bought all of my equipment myself.

COLORS: You talked before about how some people think that baile funk parties are funded by gangs. What other prejudices do people have towards the funk scene?

IT: In 2019, lots of people from the funk scene were sent to prison for no apparent reason. One DJ was arrested for just saying hello to someone who happened to be involved in the trafficante. It was a really big deal in Brazil. The same year, Piaui, one of the biggest culture magazines in the country, wrote a feature on me. It’s one of the most important interviews I’ve ever done because of what was going on around me. I was so sad. I just wanted to make music, but because of racism and other prejudices, people started to think funk was negative and dangerous. I felt like we had to fight for funk. People from my community don’t have the same opportunities as those from elsewhere. Funk gives us a chance to change our lives for the better.

“People thought that they could stop the funk, but we’re still here making music.”

COLORS: How did you find the motivation to carry on as a DJ after this difficult time?

IT: It was a really shocking experience, especially when I received a court summons myself. I couldn’t afford a lawyer so I had to get help from a human rights charity. People thought that they could stop the funk, but we’re still here making music. There’s nothing to be afraid of if you’ve done nothing wrong.

Since then, a lot of wonderful things have happened. I was given an award last year from Multishow, a TV channel here in Brazil, and I received an amazing letter from Caetano Veloso, who is one of the most famous singers in the country. He told me that he’s always loved funk, and that what I’m doing as a Black female DJ is really important. I also recently became a resident DJ on London’s NTS radio. I’m so excited that my music is being played in other countries around the world. I hope that it can help break down cultural barriers. 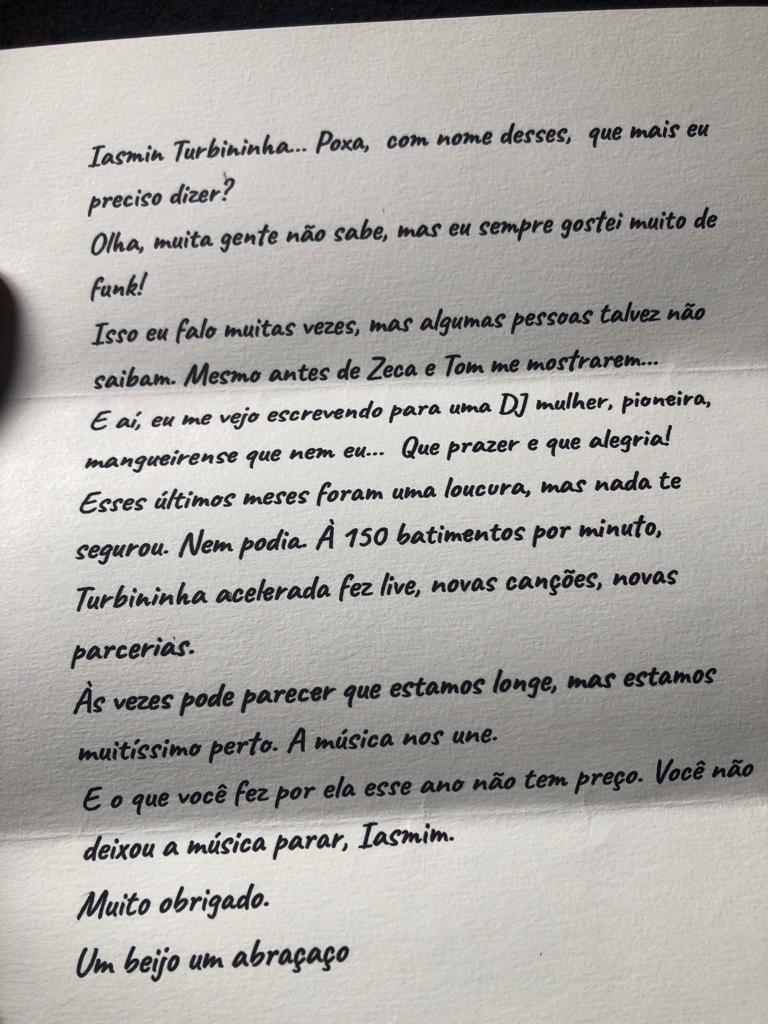 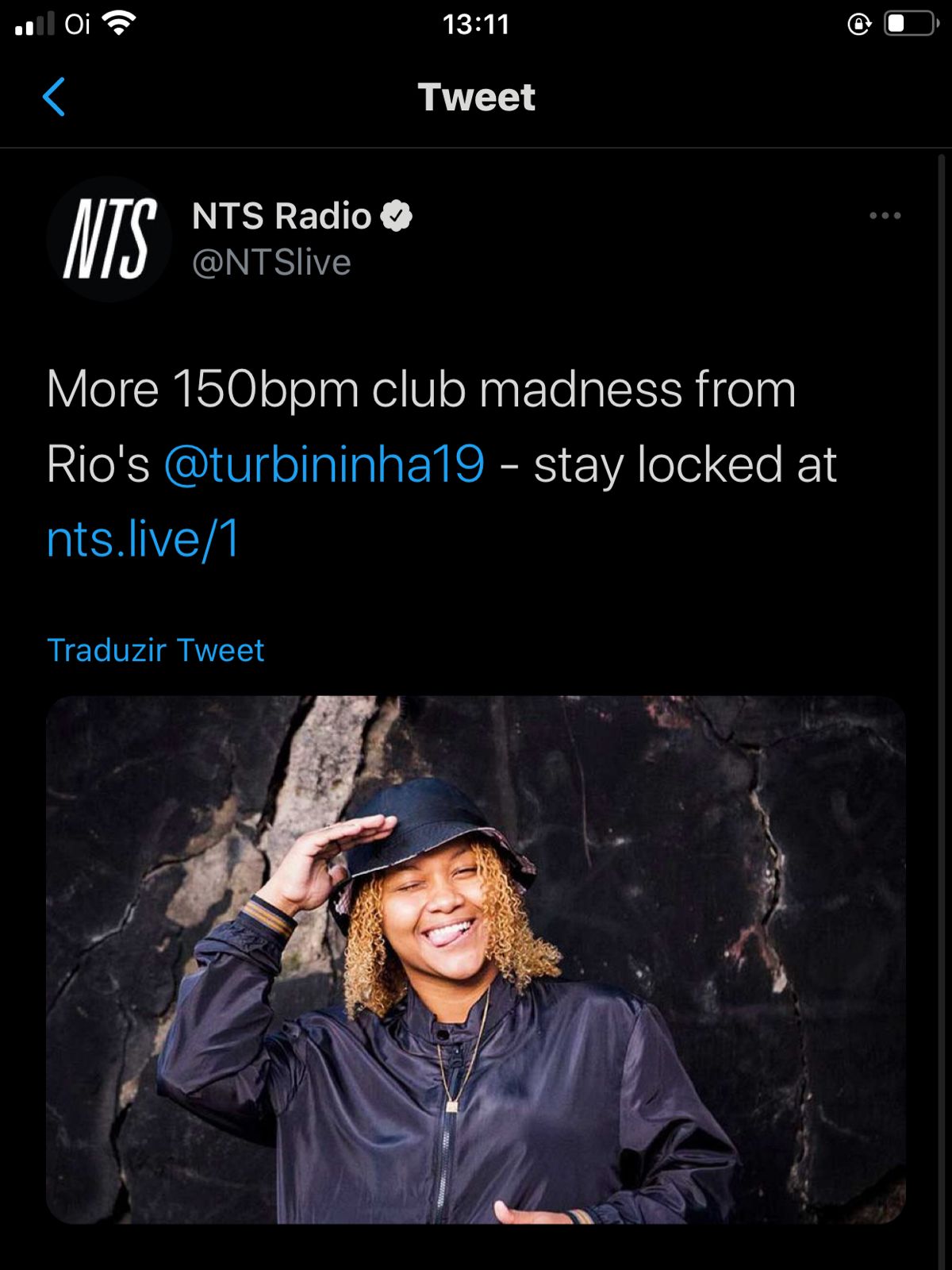 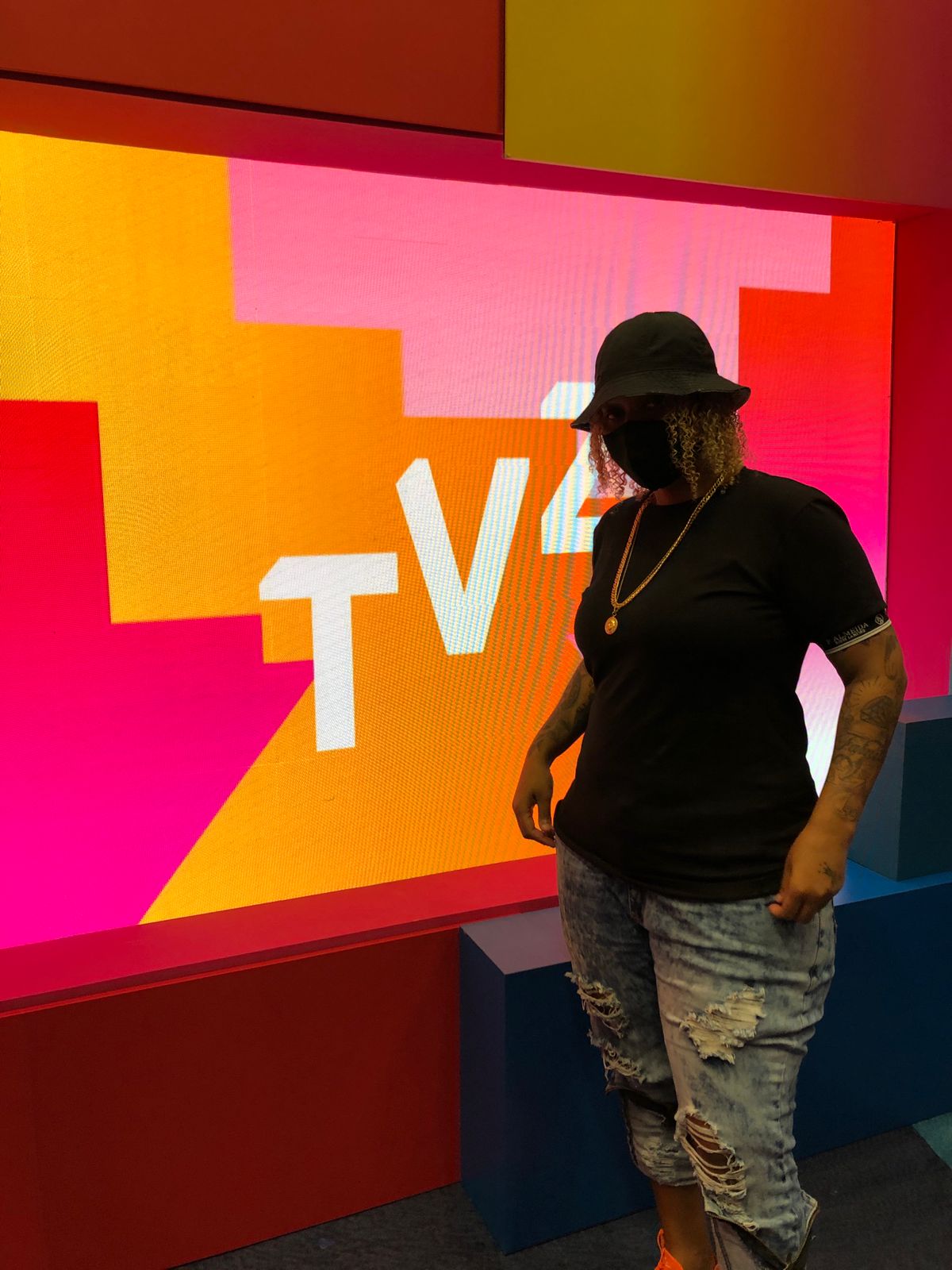 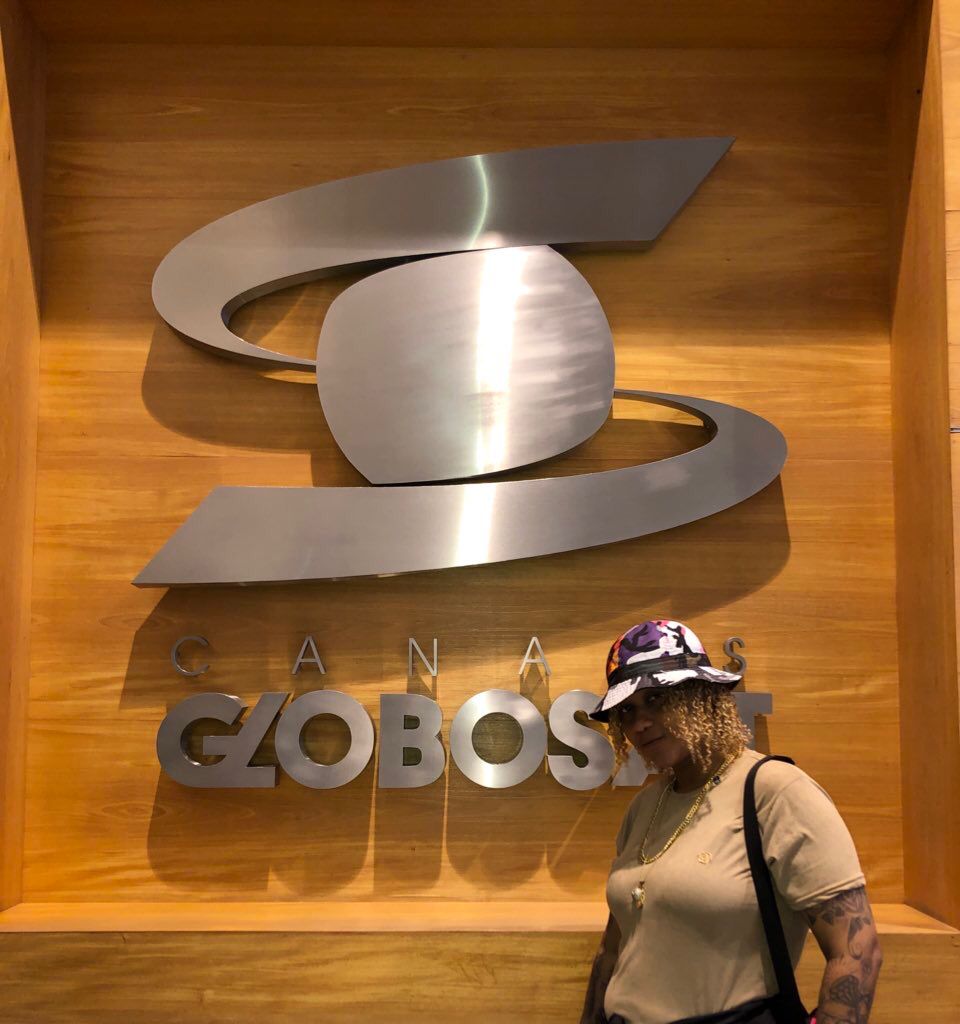 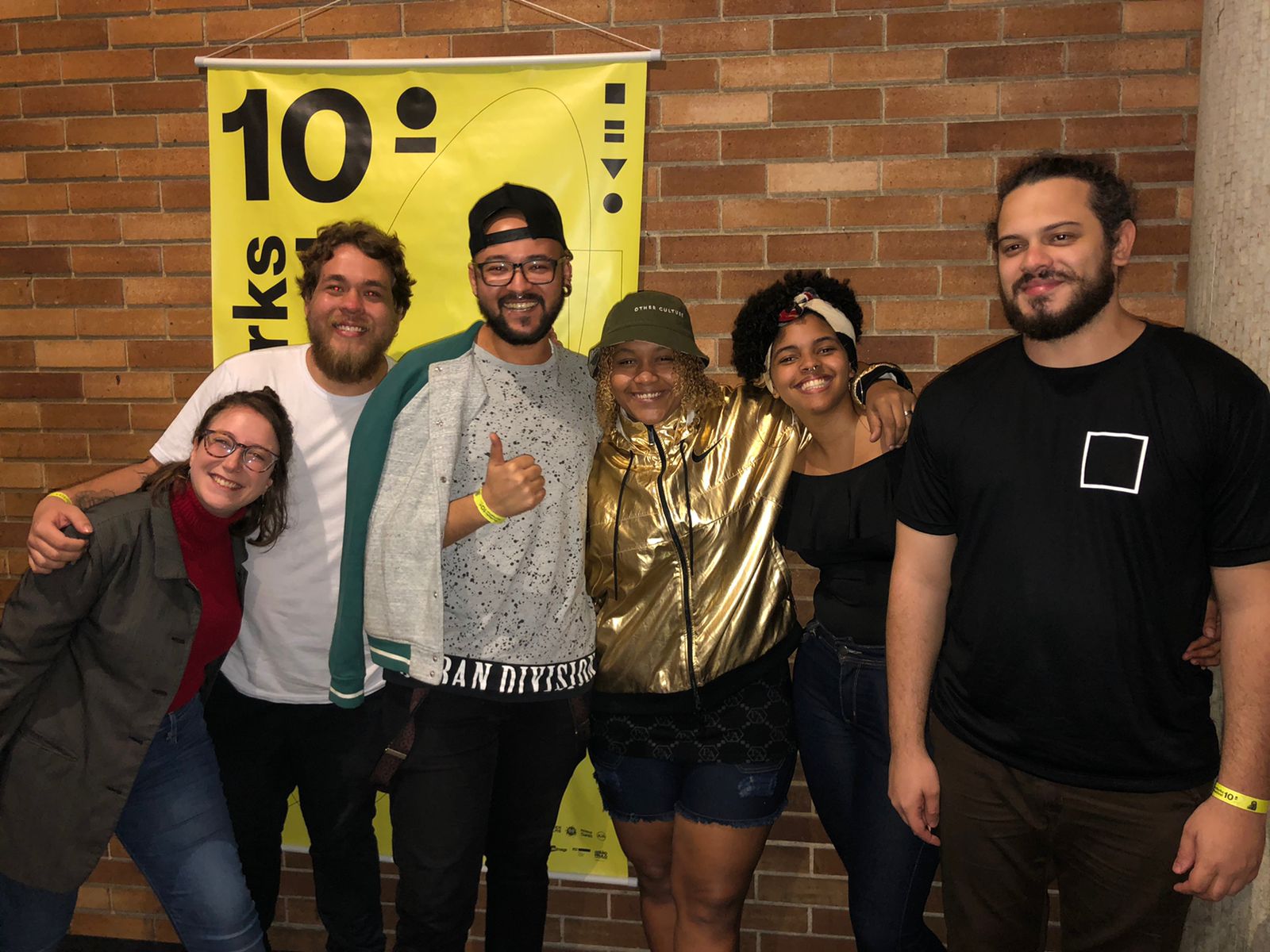 Iasmin Turbininha is a baile funk DJ based in Rio de Janeiro. To find out more about her work, follow her on Instagram and check out her YouTube channel.

This interview was published as part of a series on female funk MCs and DJs in Rio and Sao Paulo as part of COLORS’ editorial coverage running alongside our 2021 production period in Brazil. Make sure to read the first two instalments with MC Dricka and Tasha & Tracie Okereke. Also, why not check out some of the Brazilian artists we’ve produced shows with on our YouTube channel, or read our interview with Erika Hilton, the first trans councilor to be elected to government by the city of Sao Paulo?